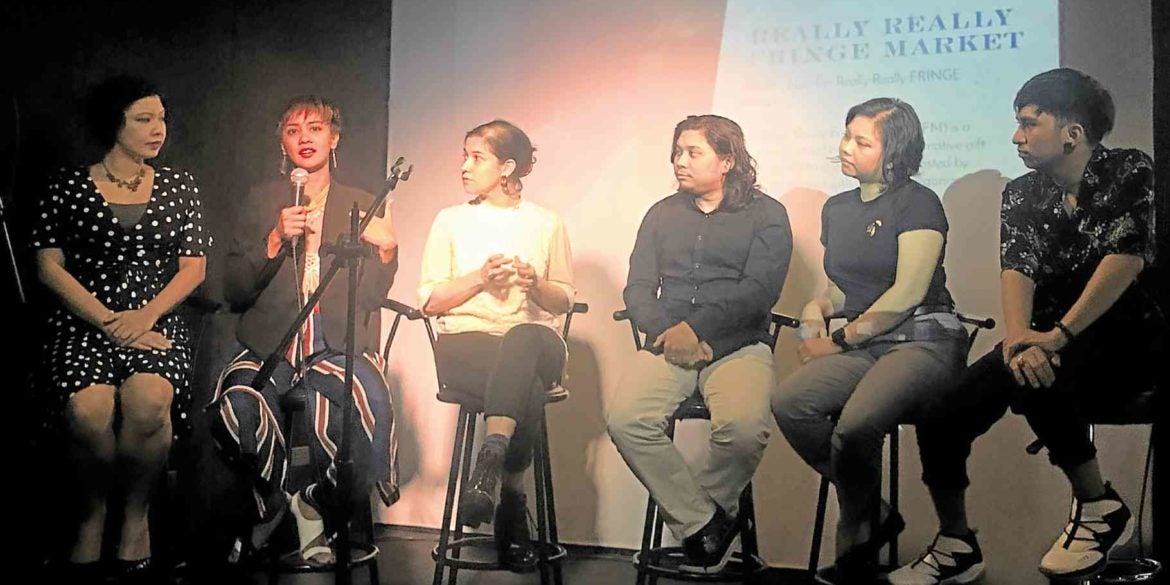 Fringe Manila, the noncurated, open-access and uncensored arts festival, is back to connect independent artists to a bigger audience.

Partner venues in Metro Manila will be hosting art exhibits, improv, cabaret, circus and burlesque acts. Highlights of Fringe’s sixth edition will be unconventional performances such as “Vouging” and an “introvert show,” plus The Be App featuring artist profiles and schedules.

Festival director Andrei Pamintuan established Fringe in Manila after working in Fringe in New York which has roots in Edinburgh. He said Fringe has served as a “mediator between artists and venues while highlighting alternative spaces, and engaging artists abroad who are part of the Filipino diaspora to reconnect with their roots.”

Fringe Foreplay will feature “Lagablab: Ang Improv Show na Puno ng Puso” by Chopsuey Improv in Poblacion, Makati City. “Somewhere Else Instead” dance piece by the Langgam Performance Troupe will be at the Yuchengco Museum.

Joining Fringe is an effort to draw more people and shed the rigid image of the museum according to Yuchengco marketing coordinator Cassandra Cheng.

Komiket, the Filipino Komiks and Art Market will be in Ortigas, while the Really Really Fringe Market at Pineapple Lab will be featuring muralist Yoyojin from South Korea. The Unsafe Space comedy workshop will be at Commune café.

Commune owner Rosario Juan has been supporting Fringe for years, and believes that “Fringe has redefined what Filipinos think of as art; it’s not just another painting or a drawing anymore.”

Human rights activist Rhadem Morados will discuss his documentary “In Paglayag” which tackles the “washed away history of Sulu.”

Gallery in the Gutter will hold “Closed Curtains,” a “blind talent show” where the audience can watch shy performers behind a curtain.

The House of Mizrahi PH will pay tribute to New York’s ballroom culture with the “Sweet Valentine Ball.” Queer Filipino artists will address issues facing the LGBTQIA+ community in “Night of Worship,” while The Addlib Dance Studio will present “Miss Joe’s Cabaret.”

Among the foreign participants will be Su e Giù Circus from Spain and the Japanese collective Sakai International Community Arts which will work with Filipino visual artist Adam Red in presenting “Tea Room on the Border,” a ceremony copresented by Japan Foundation, Manila.

Creative producer Jodinand Aguillon said Fringe is all about “challenging where art is allowed and where should art exist.” Other activities to watch out for are Acroyoga, Aerial Yoga and String Theory Basic Rope Bondage Class.