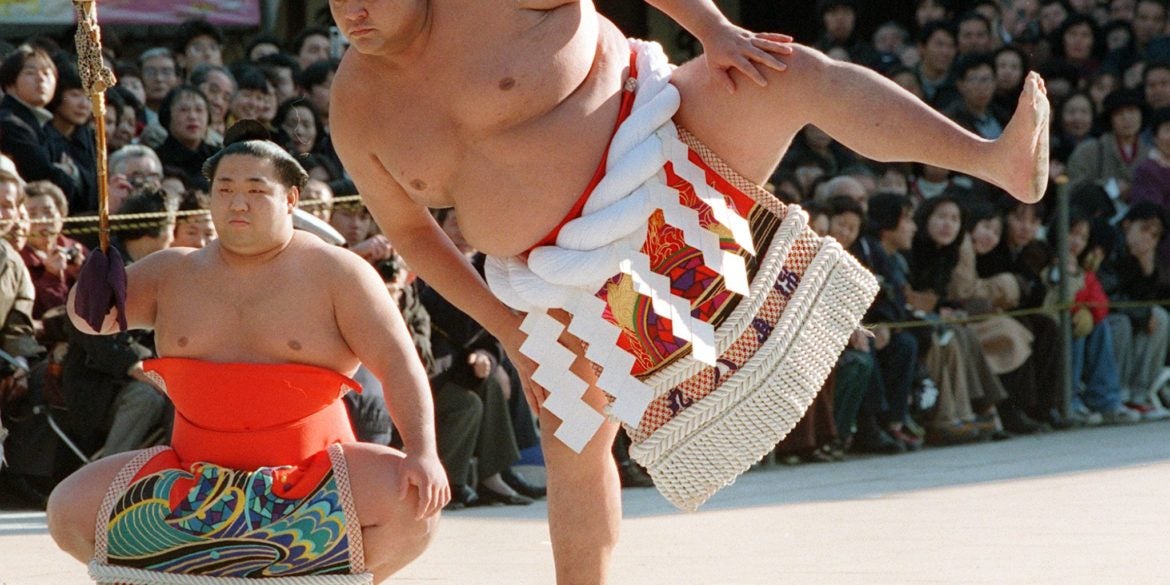 Sumo to put on big show for Tokyo Olympics

Some of sumo’s biggest stars will put on a special exhibition between the Tokyo Olympics and Paralympics, seeking to introduce their rarefied traditions to sports fans from around the globe.

The two-day event on August 12-13 will come just days after the Olympic closing ceremony and is expected to feature grand champions or “yokozuna”, who are massive stars in Japan.

Kakuryu, one of these yokozuna, said Tuesday he was looking forward to introducing sumo to a “global audience” and “receiving people from all over the world”.

Sumo association chief Hakkaku Nobuyoshi said he wanted a global audience to better understand the sport, which is steeped in Shinto ritual tradition.

“We want visitors to understand that sumo is not just a sport but also a tradition and culture,” Hakkaku told reporters at the Ryogoku Kokugikan arena in Tokyo, where the event will take place.

There will be explanations of the meaning behind some of the traditions, such as how wrestlers enter the ring and why they stamp their feet before a bout.

A winner will be crowned on both days, with the two champions facing off in a grand final. There will be simultaneous commentary in English and Japanese, said sumo association spokesman Shibatayama Yasushi.

Visitors will also be able to mingle with wrestlers, shake hands and take pictures with them at the event, added Hakkaku.