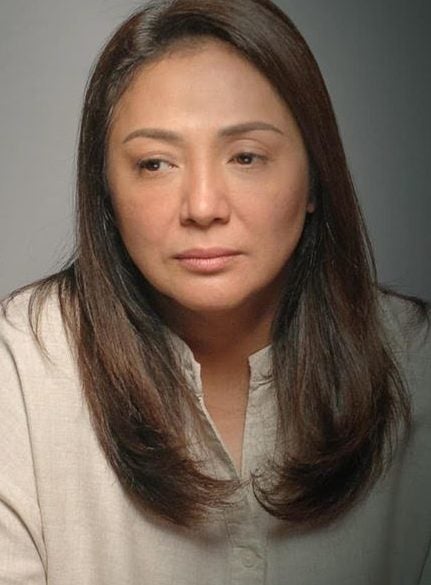 Teleserye and movie actress Cherry Pie Picache breaks away from her stereotypical contravida roles to play a conflicted physician coming to grips with the HIV-AIDS epidemic in Peta’s (Philippine Educational Theater Association) “Under My Skin,” currently onstage at the Peta Theater Center.

It was a sense of advocacy that compelled her to return to the dramatic arts, which she maintains has always been her first love.

“My dream was to be a stage actress,” she says, smiling at the memory.

The late celebrated actor-director Orlando Nadres saw her potential when she was only 9 years old, in a play staged at St. Paul’s College in Quezon City.

“The Lottery,” based on Shirley Jackson’s horror short story and dramatized by Brainerd Duffield, was dark for a grade-school girl. A seemingly friendly small town in rural America plays a game annually, and the “winner” is stoned as a sacrifice to their hidden gods.

The young Picache played the daughter of the unfortunate woman who drew the lot, and ended up giving her life for her mom.

It took a few more decades before Picache could do a followup on her debut performance. Her lawyer-father insisted she finish her dentistry course, which he said was a “stable” career to fall back on.

But Picache quit school when she started dealing with cadavers in her anatomy class. 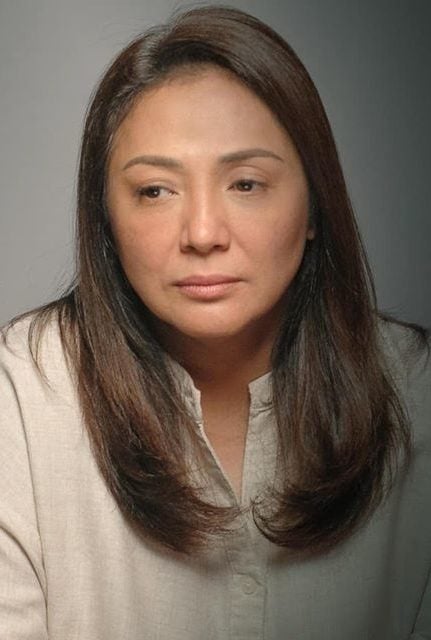 “I’d look into the cadaver’s teeth with all the molds—and I just couldn’t continue,” she says with a laugh. “My father did not speak to me for some time.”

Father and daughter made up when Picache started making a name for herself, first as a print and TV commercial model, and later as a film star.

The road to celebrity, however, was not easy. Picache, then a self-described colegiala and inglisera, stuck to her principles and refused to wear a two-piece bikini, considered scandalous at that time, in a movie.

After she argued with director Eddie Rodriguez, Viva Films, the studio managing her career, froze her contract, virtually prohibiting her from working in the business for three years. Picache patiently waited out her punishment. (“I did tell the director that show biz was not my bread and butter.”)

Afterward, popular directors of the ’80s to the ’90s—Joey Reyes, Chito Roño, Joel Lamangan, Peque Gallaga and Mel Chionglo—groomed her and taught her the “discipline of the craft.”

When teleseryes started dominating the airwaves more than 10 years ago, Picache graduated to playing greedy wives who would kill for love and money, and mothers who are either antagonistic or sympathetic to the series protagonist.

Of her career evolution, she says, “There are only a handful of senior actors now who the industry can depend on. The workload is OK—we still get jobs. But if you talk about fulfillment, it can be frustrating because you are typecast, and you know there is so much more that you can do and explore.”

While building her onscreen personas, Picache stayed close to her stage roots, occasionally squeezing a play into her busy schedule.

A stint in Dulaang UP’s “El Filibusterismo” opened in 2007. It was followed 10 years later by Sugid Productions’ “Buwan at Baril sa Eb Major,” where she played the widow of an New People’s Army soldier, contemplating whether she should continue her husband’s fight. The actress, who habitually watched Peta plays, also kept asking her friends in the theater company for roles in their productions. Again, the waiting paid off when Peta director Melvin Lee approached her for Rody Vera’s opus “Under My Skin.” Like “Buwan at Baril,” it was the production’s advocacy that drew her in.

“‘Buwan at Baril’ was my own way to show my protest about the martial law era,” she says. “In ‘Under My Skin,’ it’s the need to promote HIV awareness. I learned a lot while doing this production. For example, HIV is not an automatic death sentence anymore, and there are medicines that you can take. Before, having it meant being stigmatized, but I learned you can still have intimate moments with your partner.”

The play’s material also resonated with her now, as a mother raising 17-year-old son, Nio. “As a parent, you have to know the implications of HIV. A lot of things are still needed to educate parents; the middle-class and upper-middle-class still find discussing it a taboo.”

Aging and its emotional toll on the elderly is another “taboo” subject she’d like to explore on stage. A dream role is forgotten movie star Norma Desmond, in “Sunset Boulevard.”“TV is my bread and butter,” Picache admits, “but theater feeds my soul.” —CONTRIBUTED

Peta’s “Under My Skin,” written by Rody Vera and directed by Melvin Lee, will run Feb. 8 to March 22 at the Peta Theater Center; ticketworld.com.ph