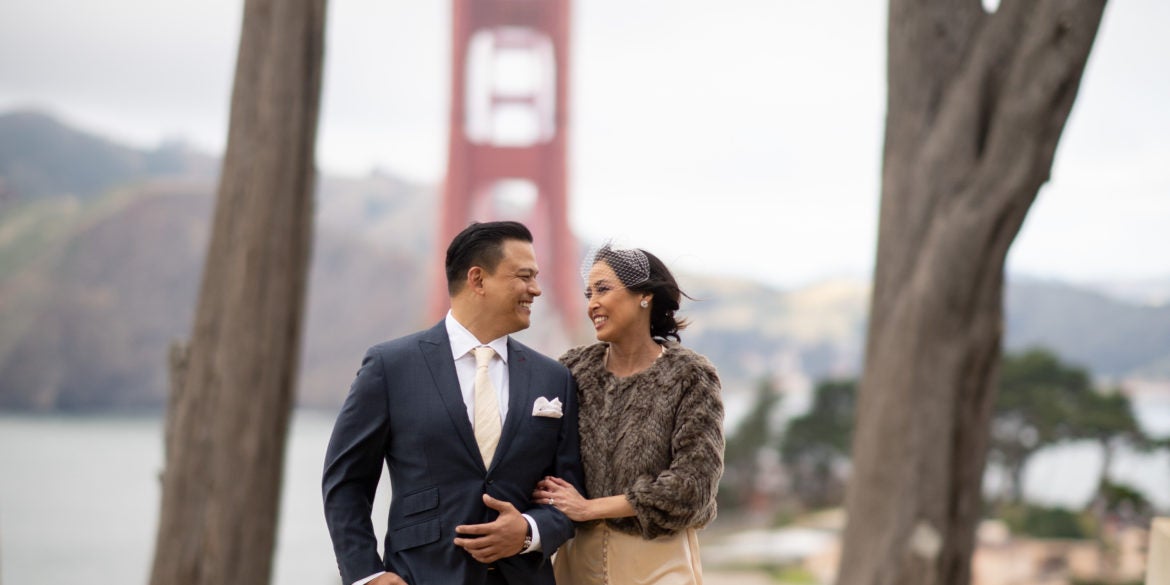 The gift of second chances—or how I found love again

As a woman who got married at a young age, had a child, and became a single mom all in a decade, I never expected to fall so deeply in love with someone that I would actually consider getting married again.

Marriage kind of loses its glossy happily¬ever¬after appeal after you’ve had a turn and it didn’t work out the way you expected it.

In April 2014, at a friend’s wedding in Tagaytay, I was chatting with a new acquaintance about life and love. After finding out I was a single mom, she had a bright idea of setting me up on a blind date with her single dad friend who was visiting from out of town. Though I never liked blind dates, nor ever dated a single dad, I claimed 2014 as my “Year of Yes,” so I agreed.

We scheduled the date the next evening at tale drinks after work. He arrived with a friend and I wasn’t sure which of them was my date, until he introduced himself as Jo. I was annoyed that he was late, but then our common friend arrived, and soon drinks smoothed out the awkwardness that blind dates always carry.

After much sharing, Jo and I found that we had a lot in common, but most of all we had similar experiences growing up, with our kids, and what we learned from our first marriages. It was enlightening

He left the next day for a wedding in Phuket and was to fly home from there to San Francisco, California. Our date was short and sweet, and I assumed I would never see him again. We continued texting while he was in Phuket. He sent this message: “I’m coming back to Manila this weekend. Can I see you?”

He arrived in Manila and we enjoyed the time we spent together. When he flew home we continued our conversations over WhatsApp and Facetime. We texted every day, which felt so easy and natural, and I appreciated really getting to know him better despite the distance. He came back to visit me in July, then I visited him in October to meet his three children and family. Yes, we were officially in a long-distance relationship.

Amid the cherry blossoms

In March 2018, Jo took me to see the cherry blossoms in Kyoto for Holy Week. It had been on my bucket list and the timing was perfect. I was concerned about his sciatica, but he assured me he would take it easy.

We were enjoying hanami in the gardens of Hirano Shrine, and had just paid our respects to the shrine, when Jo said he wanted to take a photo of us on his tripod. I said I wanted to check on our photo but Jo turned me around and, all of a sudden, he was on one knee and proposing! I was in complete shock—partly because he was kneeling and also because I had no idea.

Of course I said yes, and we celebrated by drinking Asahi and calling our kids and parents to tell them the good news.

Last year, we chose to make our union official on May 31 at San Francisco City Hall with our immediate family in attendance. It was a beautiful sunny spring day and we had such a heartfelt, intimate affair we couldn’t have asked for anything more.

After six years of enduring our long-distance romance, we are finally bridging the gap this year. My son and I are moving to San Francisco to be with our big, blended family, and we couldn’t be more excited. I love that our friends and family are just as excited for us, even our acquaintances who might not know us so well, but have been watching our long-distance relationship on social media!

If you were to ask me what I’m most grateful for today, I will say: the gift of second chances. I thought life was good enough being a single mom, but Jo is the love that I never thought I would have and I can’t imagine a world without him in it, even if he lives 6,000 miles away.

The distance, though not easy, has given us patience and faith. We have become better communicators this time around, and because we know what the worst looks like, we are more understanding, kinder to each other, and we laugh a lot together.

This definitely isn’t a fairytale (hello, four kids, no yaya!), and only God knows what’s in store for ever after, but for now, we are happy.—CONTRIBUTED