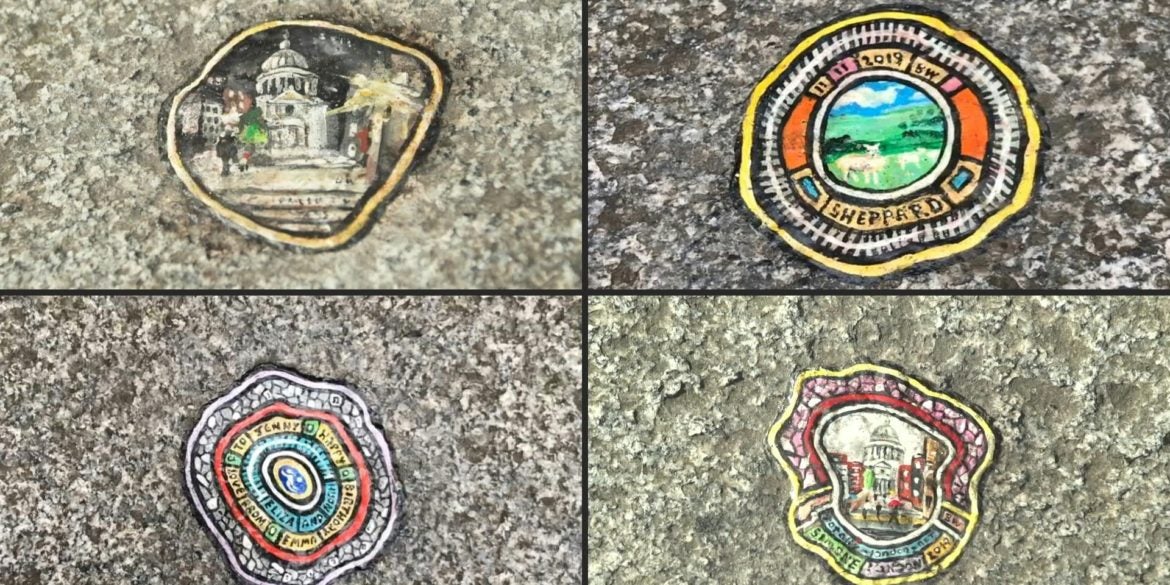 The 57-year-old Englishman has toured the British capital for the past 15 years sculpting and repainting scraps of gum discarded by passers-by.

But it’s not just an eccentric hobby. Wilson considers the results “a form of art” — as well as recycling.

“I’m transforming the rubbish and making it into a form of art, so that’s a form of recycling,” he told AFP on a sunny morning on the Millenium Bridge in the shadow of Saint Paul’s Cathedral.

“(It) is taking a thoughtless action and trying to transform it hopefully into something positive,” Wilson added, brush in hand.

His colourful creations, barely bigger than a small coin, can be found all along the pedestrian bridge and in the surrounding area.

Unless passers-by look closely, they are easy to miss.

Many are miniature representations of the famous cathedral nearby, while others are vivid — almost psychedelic — drawings, often signed and dated.

Over the years, his unusual hobby has earned him the nickname “chewing gum man” — a moniker he has fully embraced.

His procedure is now well established.

Wilson will spot old gum stuck to steps, streets and other parts of the urban landscape.

Then, out comes his equipment: an old paint-stained blanket to sit on; bottles of acrylic paints and varnish; a burner to melt the gum; and, of course, a brush.

He is careful to avoid painting on the actual bridge or other surface, in case he is accused of vandalism by the authorities.

“The person who spat out the gum is the person that created the criminal damage,” he noted.

“It’s sad really the impact that humans have on their environment, the amount of rubbish that we create.”

Pedestrians, some used to the regular sight of Wilson working in his paint-flecked jacket, engage with him, asking questions or sometimes taking photos.

He estimates he has painted “thousands and thousands” of pieces of gum, and prides himself on having produced his “hidden art” across central London.

Wilson collaborates with galleries and other artists for some income, and refuses any money offered to sign people’s pieces of gum.