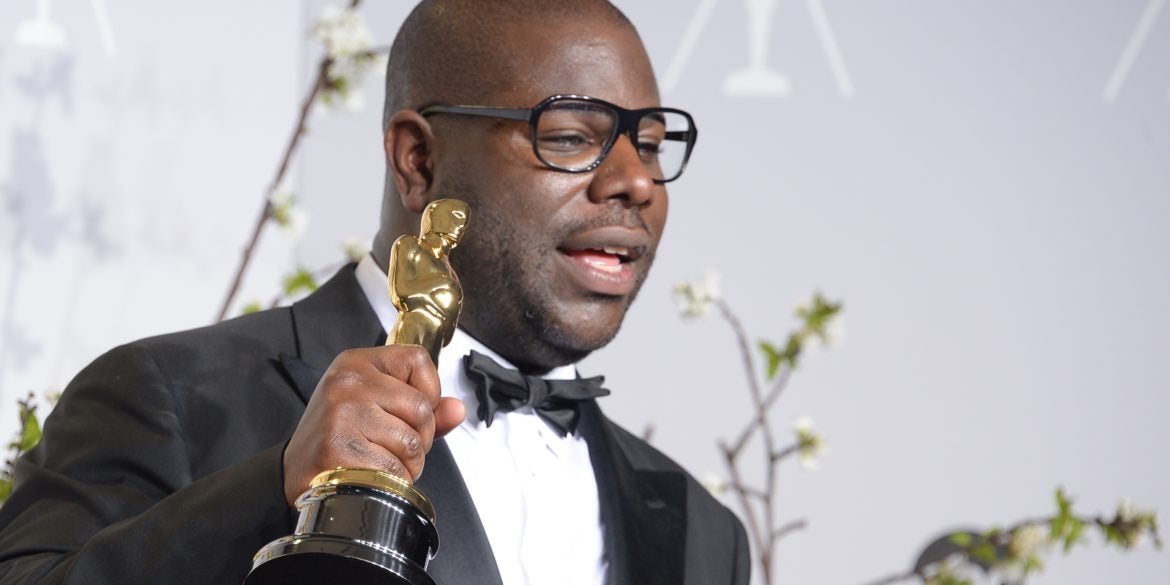 Oscar-winning British director Steve McQueen is returning to his art roots with a series of short films at London’s Tate Modern art gallery, offering a sensory exploration of black identity.

McQueen, who became the first black director to win the best picture Academy Award in 2014 for “12 Years a Slave”, is now based between London and Amsterdam and is focused on championing diversity in the film industry.

Visitors to his new exhibition will be greeted by “Static”, a film of New York’s Statue of Liberty, scrutinising the iconic symbol from every possible angle at very close range against a deafening backdrop of the helicopter from where the footage was filmed.

“What interests Steve is our view of the world, how humans are trying to represent Liberty,” said Fiontan Moran, assistant curator of the exhibition.

“7th Nov, 2001” features a still shot of a body while McQueen’s cousin Marcus tells of how he accidentally killed his brother, a particularly traumatic experience for the artist.

“Western Deep” is another visceral work, giving a sense through sights and sounds in an interactive installation of the experiences of miners in South Africa, following them to the bottom of the mine.

“Ashes”, meanwhile, is a tribute to a young fisherman from Grenada, the island where McQueen’s family originated.

The images of beauty and sweetness filmed from his boat are tragically reversed on the other side of the projection screen, which shows a grave commissioned by McQueen for the eponymous young fisherman, who was killed by drug traffickers.

The film shows censored FBI documents detailing the agency’s surveillance of Robeson, read by a voice-over artist, for five hours.

“He is… testing the limits of how people can be documented in an era of mass surveillance,” said Moran.

In a similarly militant vein, the exhibition features the sculpture “Weight”, which was first shown in the prison cell where the writer and playwright Oscar Wilde was imprisoned.

It depicts a golden mosquito net draped over a metal prison bed frame, addressing the theme of confinement and the power of the imagination to break free.

The show runs alongside an exhibition of McQueen’s giant portraits of London school classes, many of which appeared on the streets of London last year.

“I remember my first school trip to Tate when I was an impressionable eight-year-old, which was really the moment I gained an understanding that anything is possible,” said McQueen, adding it was “where in some ways my journey as an artist first began”.

He recently told the Financial Times newspaper the difference between his art films and his feature films was that the former were poetry, the latter like a novel.

“Poetry is condensed, precise, fragmented,” he said. “The novel is the yarn”.

The exhibition opens on February 13 and runs until May 11.