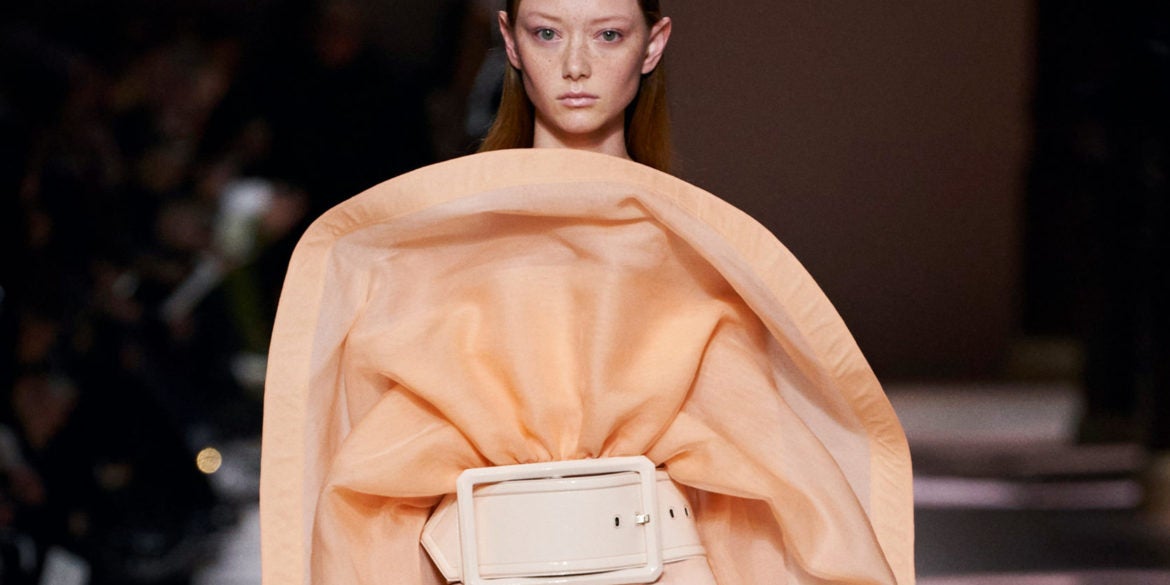 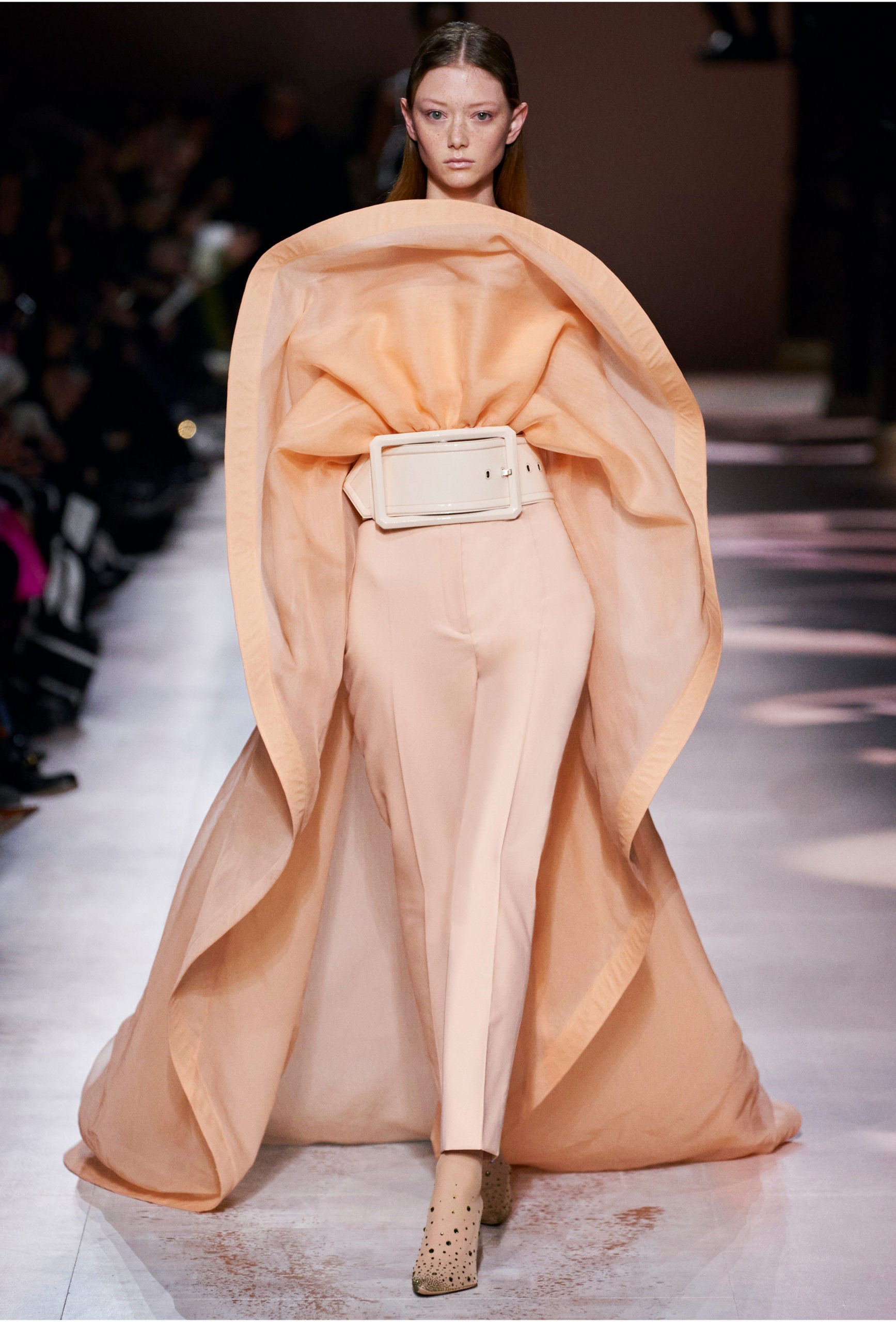 Held at L’Ecole de Medecin in Paris’ 6th arrondisement, the Givenchy Haute Couture Spring-Summer 2020 show was full of creations that reminded one of verdant gardens and flowers in bloom. The inspiration, according to the show notes, included the late designer Hubert de Givenchy’s Chateau du Jonchet’s gardens in France, along with his house in Le Cap Ferrat. Gardens as metaphors, the notes read, was Givenchy designer Claire Waight Keller’s idea for the show.

Décor and music were enchanting and had the orchestra sitting at various levels attached to posts along the runway, so that if you looked up a violinist would be playing his violin on a chair close to ceiling height, and on the ground was another musician, perhaps a cellist, his chair against the lower part of the post. It reminded one of a giant piano, with the natural keys at the lower part of the scene and the sharp and flat keys hanging above. The entire runway was thus composed of an orchestra of different heights, and made for a beguiling couture setting.

Gowns were equally beguiling, with shapes and silhouettes reminiscent of the late Givenchy’s voluminous styles, updated for a 21st-century look. Classic and modern all at once, and breathtaking in workmanship and detail, they were nothing short of spectacular. Cascading, flowing, wrapped around the body and enveloping torsos, the gowns’ beauty lay in their construction and silhouettes, from skirts surprisingly peeking out of hems as if inverted flowers blooming, to the bridal gown which wrapped around above the head in a stunning way.—CONTRIBUTED 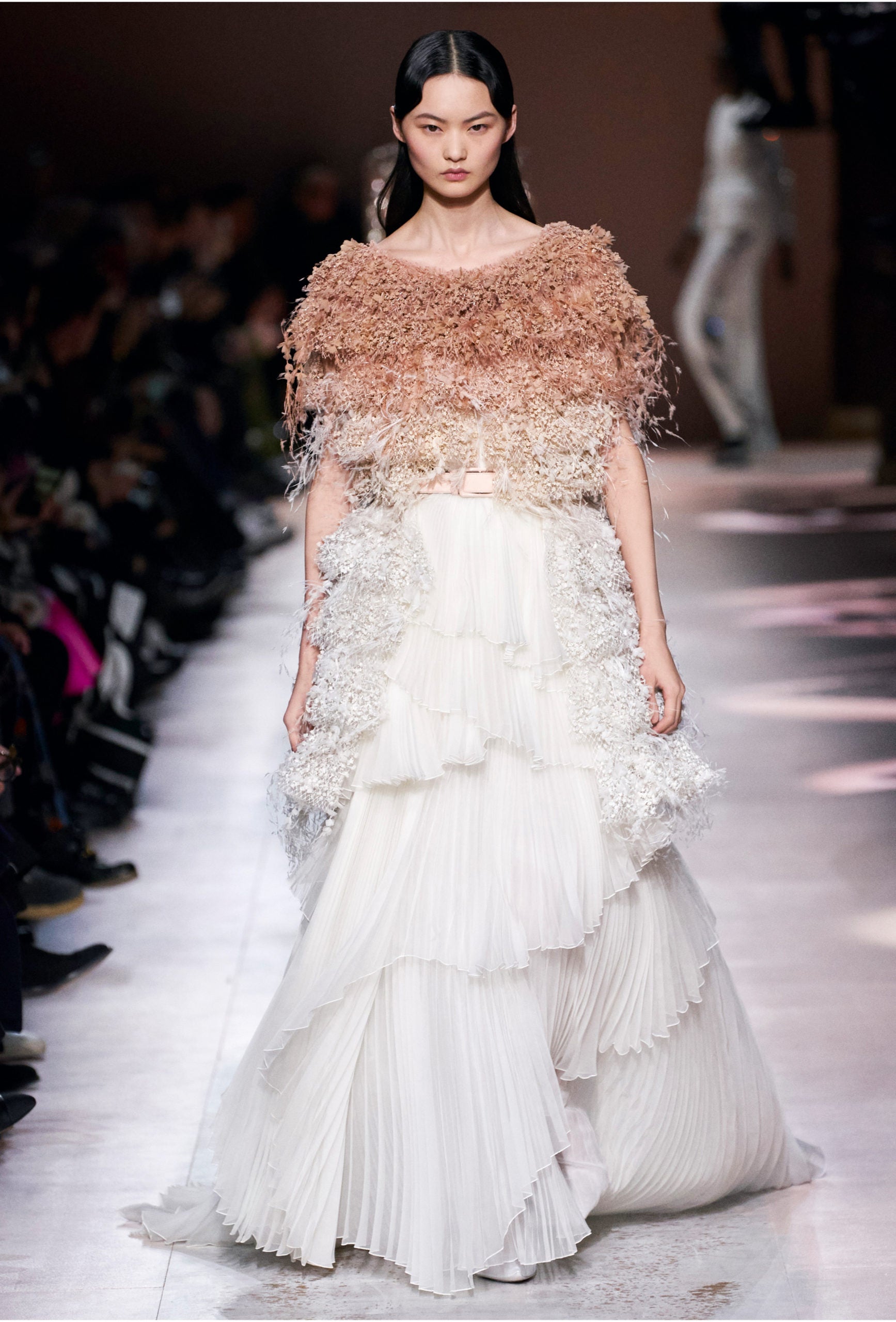 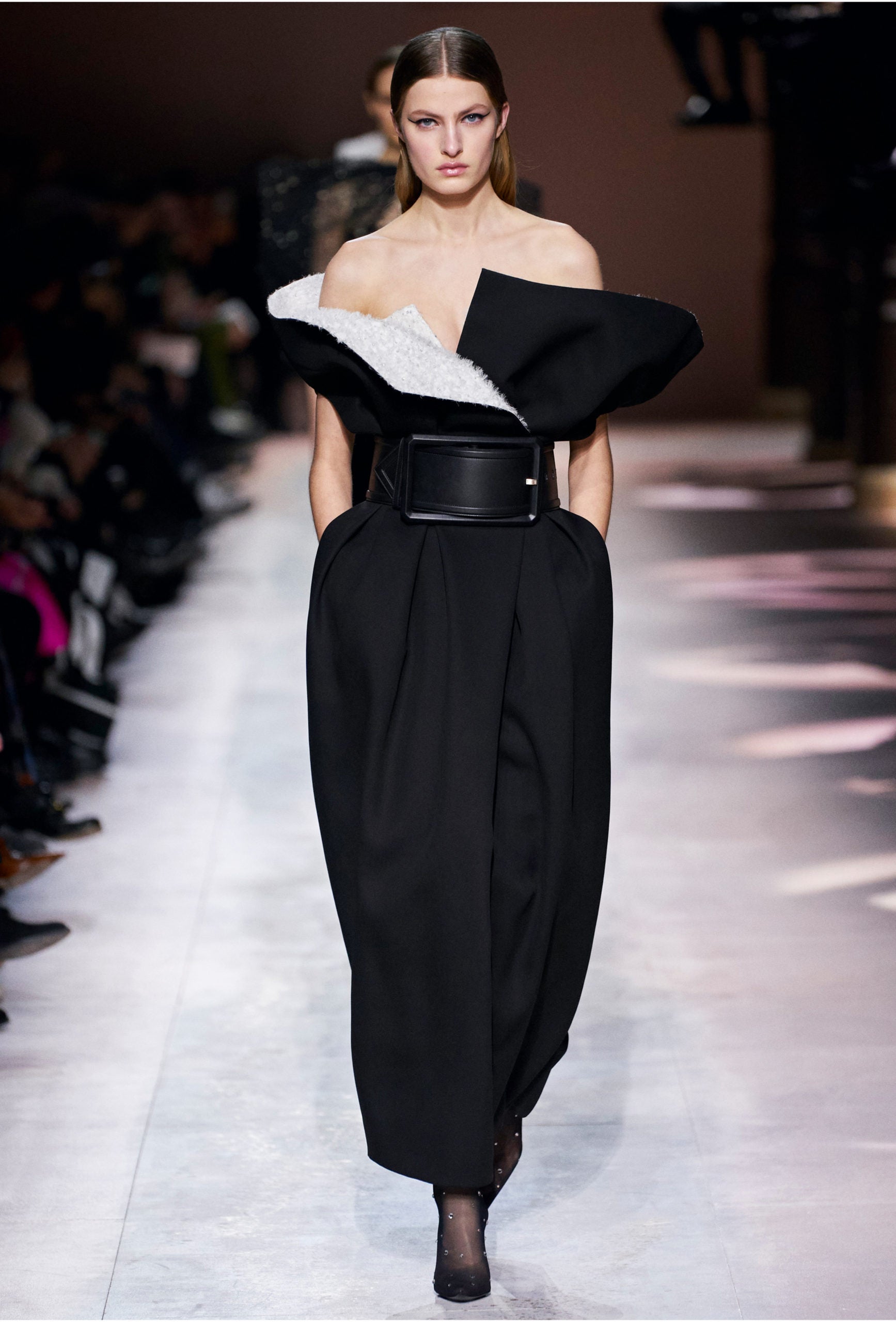 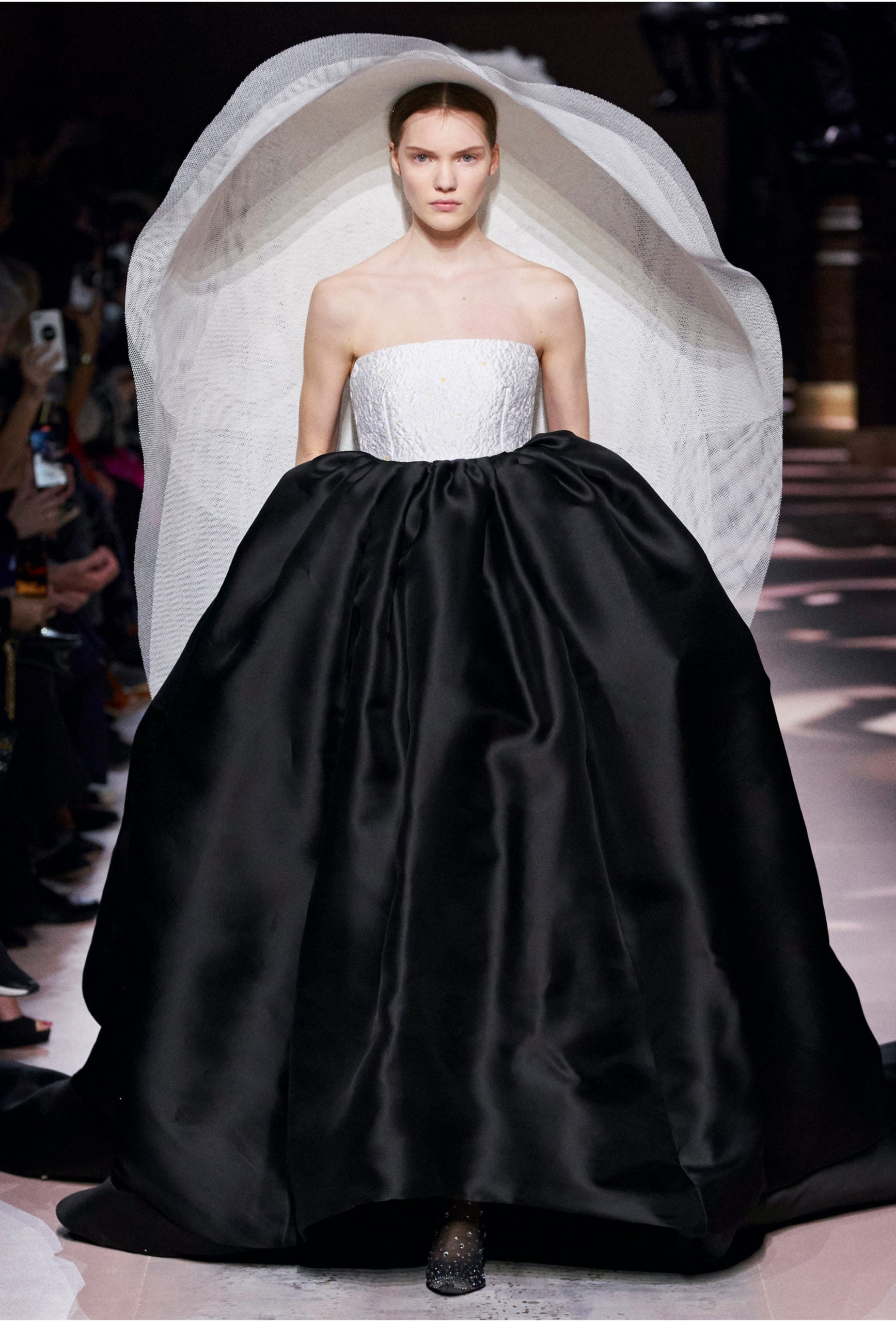 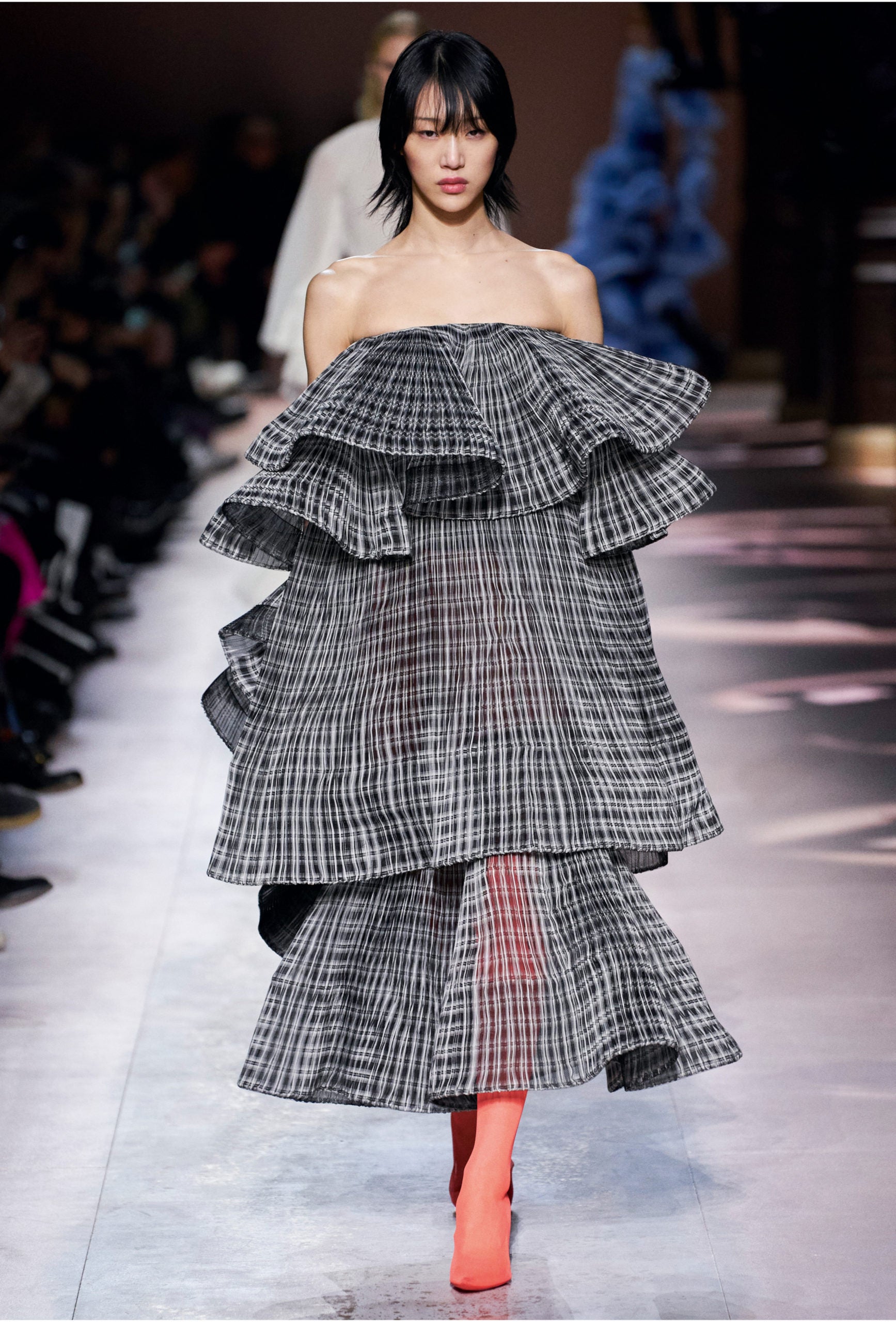