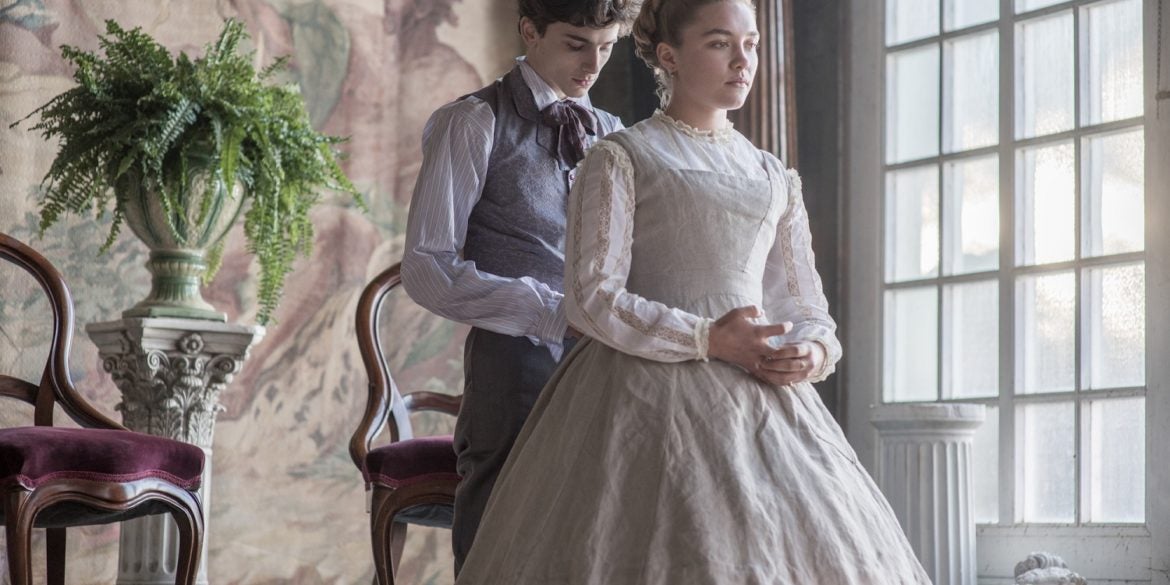 ‘Little Women’ will destroy you then put you back together

Louisa May Alcott’s classic tale “Little Women” is back on the big screen, in at least its fifth cinematic adaptation, this time in the confident hands of writer/director Greta Gerwig. She has assembled a magnificent cast, using a great script (that she wrote), and crafted a warm, superb movie that is absolutely one of 2019’s best.

For those unfamiliar, “Little Women” is about the March sisters: their lives and adventures in Massachusetts around the time of the Civil War, in which their father has volunteered to fight for the Union. As women in a less enlightened era, they are at a disadvantage when it comes to certain privileges enjoyed by men, but that doesn’t stop them from carving their own paths.

This is Gerwig’s second film as solo director (after the wonderful “Lady Bird” from 2018), and the agility and grace with which she goes from a lean 90-minute debut feature to this 130-minute epic is impressive, juggling an ensemble cast and dual timelines in a period setting. The present-day timeline finds Jo March (Saoirse Ronan in another great performance that netted her her fourth Oscar nomination) in New York, trying to make her way as a writer while teaching, with younger sister Amy (the always terrific Florence Pugh, also nominated for this role) in Paris. When sister Beth (Eliza Scanlen from the HBO show “Sharp Objects”) falls ill Jo is compelled to return home, and reminisces back to seven years ago when life seemed simpler and more joyous. Back then, she had just met Laurie (Timothée Chalamet) and was making do with her sisters and mother (Laura Dern) during difficult times.

Essentially, everything about this film is great. All the elements work together and are carefully considered, and so it makes sense that it was written even before Gerwig embarked upon “Lady Bird.” The performances are strong, as you would expect from a cast that also includes Meryl Streep, Chris Cooper, Bob Odenkirk, Louis Garrel, Tracy Letts and Emma Watson.

Alexandre Desplat’s music is playful and sad and always pairs well with its scenes. Jacqueline Durran’s costume design shows why she won the Oscar for that category. Yorick Le Saux’s cinematography is sumptuous, and he and Gerwig employ warm and cool color palettes to differentiate the dual timelines, though they begin to merge as the past catches up to the present.

Gerwig’s dual timeline structure is the film’s most immediate quality: The nonlinearity allows for many emotional parallels to be brought to the fore, especially during Beth’s illness and Laurie’s relationship with the Marches. Apart from that, Gerwig’s script is super precise, indicating even with exact timing how characters interrupt and/or talk over one another in Altman-esque sequences.

It’s a marvelous adaptation that shows what Gerwig finds to be most important in the source material, which may irk some die-harders who think the Jo-Laurie relationship is central (here, Gerwig gives more weight to the Amy-Laurie pairing). Supporting characters like Mr. Laurence (Cooper) get beautiful moments to shine, and one of the most impressive things Gerwig does is allow a bit of metafiction into the film’s ending, threading elements of Alcott’s own adventures getting “Little Women” published in a sequence that reminds one of Spike Jonze’s “Adaptation.”

“Little Women” does its book proud, a vibrant and warm work full of emotion and wit and heart.