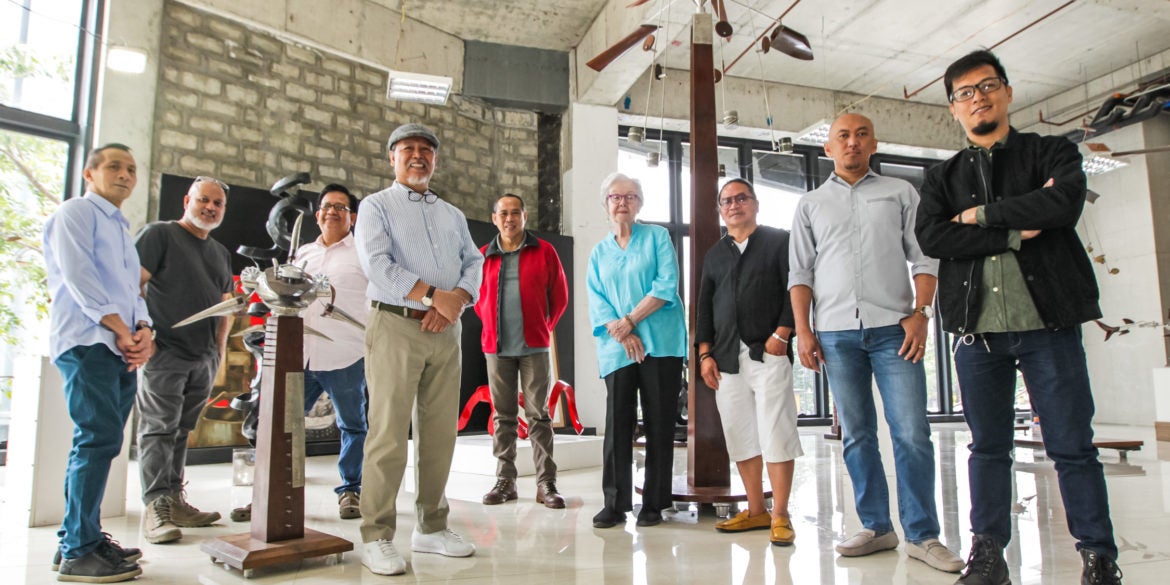 Great art must be accessible—to the intellect, to the soul and, just as importantly, to the pocket. Galleries are often uninviting, exclusive and elitist that ordinary mortals who dare step inside tiptoe and breathe as quietly as possible.

But artist Renato Habulan, curator of Ortigas Art Festival 2020, believes that everyone must own an art piece. So, during the third installment of the art festival at Estancia Mall, Habulan said artworks would fetch for anywhere from P1,500 to P100,000.

“It is my advocacy to democratize art,” Habulan said. The featured galleries support young artists. Habulan is pushing for up-and-coming artists to start showing their works. “Not all artists are rock stars. I want to [encourage] the new ones.”

Habulan is also on a mission to promote the often underappreciated art on paper. Collectors, even some artists, often shy away from works on paper. Ancient Egyptians worked extensively on papyrus, Leonardo Da Vinci started with paper, the Chinese had (still has) xuan paper (rice paper), even some of the masterpieces of Rembrandt were on paper.

“Paper is a very durable artwork,” Habulan said. “Let’s not discriminate paper because it is the most honest artwork.”

The Ortigas Art Festival 2020, courtesy of Papelismo, will exhibit more than 300 bocetos. Now, bocetos, Habulan said, is the purest of all art forms. “Every time you conceptualize [an artwork], you start with boceto. It is a very honest art form, a phase when the artist doesn’t think about the market and only focus on the concept.”

Commerce, unfortunately, has pegged premium prices on canvas and oil, and sadly, many artists quickly jumped on the bandwagon, Habulan said. “But the most lucrative job of an artist is to be a restorer,” he said.

Habulan was known for his social realist art during martial law. As an artist-activist in charge of designing a major art festival, he said today’s art interpretation need not be literal.

“It doesn’t always have to be political. It can be poetic so that we can widen our audience,” he said. “What this government fails to realize is that art can mobilize people and can make people progress.”

Artist-photographer Pinggot Zulueta, now based in Australia, will show three artworks of acrylic on canvas. He worked on the trilogy portrait while feeling the isolation of living in a foreign country.

“I felt alone. Suddenly, life as I knew it was no longer the same,” Zulueta said. “My show is about alienation, solitude and loss of identity. My work is a visual dialogue where I share my feelings of vulnerability, which may resonate with those who have also ventured into new environments.”

Also among the art festival’s highlights are works from the founder of Eskinita Art Gallery, Alfredo Esquillo Jr.; sculptures by Arnel Borja based on the principles of fulcrum balance; Art Zamora, current president of the Society of Philippine-American Artists in New York, who also designs jewelry for jeweler Robert Mouawad; Helen F. Mirasol who curated last year’s art fest, will exhibit “Breathing Space”; Rey Henson Padernilla, a Filipino artist based in Perth, Australia, who will show “Baybayin Abstraction Series,” his first major work of abstract interpretations of Baybayin, an ancient Tagalog script.

“I got inspired with Baybayin symbols of words and calligraphy style, techniques, and tried to create a new artform,” Padernilla said.

Dela Cruz thinks that one of his most exciting works involves cutting a canvas with an image of a beautiful woman, like his quest into the depths of beauty and desire.

Metal sculptor Richard Buxani will exhibit works in brass and steel, figurative works that are inspired by fantastical beings, folklore and myths.