‘Does the new artistic director have the BP DNA?’ | Inquirer Lifestyle ❮ ❯ 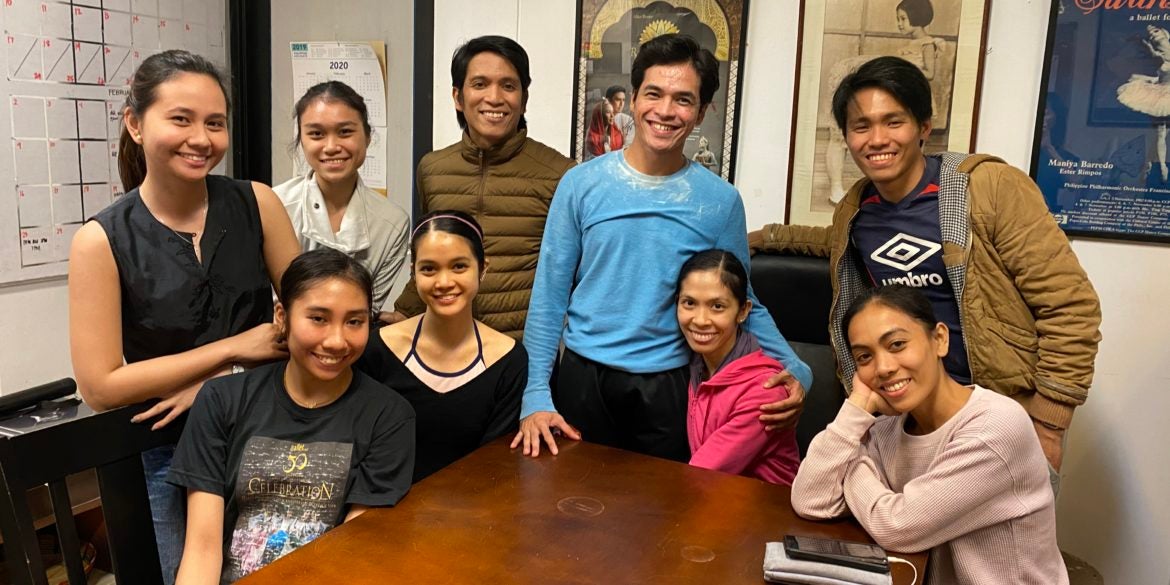 ‘Does the new artistic director have the BP DNA?’

Last Feb. 7, Ballet Philippines (BP) dancers were shocked to learn that the board of directors has appointed Mikhail “Misha” Martynyuk to succeed artistic director and National Artist Alice Reyes. Despite the good intentions of the board to hire a foreigner who could introduce innovations and raise technical standards, the dancers raised important issues:

• Why was the choice of leadership made without consultation?

• The artistic director didn’t undergo a comprehensive selection process, which should have included an audition.

• Is the new artistic director familiar with the company he is representing? How could an outsider stand for and articulate the values of BP?

In an interview with Lifestyle, Marianne Hontiveros, BP board vice chair, arguing that the case of BP’s appointment of a foreigner isn’t unique, said that the Philippine Philharmonic Orchestra (PPO), a resident company of the Cultural Center of the Philippines (CCP), is run by a Japanese musical director. In the past, it was likewise led by an Italian and a Frenchman.

Reyes pointed out that PPO’s selection process took eight months. In the first phase, the PPO itemizes its criteria for the music director—solid musicianship, leadership, artistic discipline, respect of peers, track record in conducting all styles of music including Philippine repertoire, working relationship with the orchestra—and a list of the candidates’ works and letter of intent.

The nominees undergo an audition wherein they will conduct the PPO in a one-hour concert program with four rehearsal sessions and the performance.

The audition would allow the search committee to evaluate the candidate’s skills not just with music, but also with people, said Reyes.

Contrary to social media posts that Reyes was being asked to leave, the dancers were aware of her tenure. They had witnessed the grooming of BP associate artistic directors Adam Sage and Ronelson Yadao as her successors. However, it was unknown to them that the board of trustees was looking for other options.

Hontiveros met with the dancers to explain the board’s side, but apparently they were not fully convinced.

Said dancer Monica Gana, “We recognize the body of art which Martynyuk could create. We are neither xenophobic nor discriminating against anyone. The process just did not seem right to us dancers.”

“Change is inevitable, dancers know that,” said dancer Sarah Alejandro. “We’ve been through changes for some time. This is a different change. The process was not clear. We worry that we don’t know how this person works.”

Ace Polias added, “We were blindsided by how everything transpired. They said the search started last Nov. 7. There were inconsistencies when the facts were laid out.”

For instance, why were Sage and Yadao given less than 48 hours’ notice for the job interview and submission of documents? How much lead time was given the other candidates, including an American who had been a guest artist in the country’s major companies?

The dancers quoted Hontiveros as saying that the artistic director’s appointment should not be based on a popularity vote among the alumni and the dancers.

Alejandro implied that the dancers were offended when they were told that the selection of artistic director was the board’s decision and policy. They didn’t need to listen to them.

“When Maan said dancers don’t have a voice, it made you think how this company could progress with this kind of support from the board,” said Gia Gequinto, referring to the board’s top-down approach. “We may not have a right in deciding on the next artistic director, but we have the right to valuable information on how they handled the search process.”

Gana insisted that dancers should have a voice. “It’s not about a popularity vote. There was no exposure to this person. In other places, the candidate would immerse himself with the company—teach a class, stage a production or do something in line with his job. They would get feedback from the dancers. There was none of that here.” “He (Martynyuk) doesn’t know us and the company that he’ll be working for. Why didn’t he come down to the rehearsal hall and introduce himself?” said Alejandro.

On their expectations from the new artistic director, AL Abraham said that the ideal director should have some work experience with BP to understand the company DNA.

Bianca Perez, artistic coordinator, said the dancers wanted a leader who shared the company’s vision. “He might even benefit the dancers. But BP’s identity could be at stake. We have a rich repertoire by Philippine choreographers. We want to go beyond 50 years…We want the Filipino spirit to move forward.”

Jessa Tangalin added that in the past seasons since Reyes’ return, the company had been raising the bar for excellence. She was concerned that if a foreigner didn’t understand the company’s vision and values, BP might “go back to square one.”

The dancers maintained that although they had nothing against having a foreigner as the new boss, they were concerned about communication problems with Martynyuk, given his limited vocabulary in English.

Said Alejandro, “We asked her (Hontiveros), how could we communicate if we needed an interpreter each time? In our craft, it’s not enough to say, ‘Do a plié and two pirouettes.’ Part of the process is to motivate the dancers on what to express to the audience. If we can’t convey the message to each other, then how can we convey it to the audience?”

The dancers laughed off Hontiveros’ reply that Martynyuk could use Google Translate. For one, CCP has cell phone signal jammers, and for another, there’s no Wi-Fi inside the rehearsal hall.

Alejandro also observed the lack of unity between the board and the executive and artistic departments. In the past week, a circular went viral urging the board to revoke the new appointment. The dancers unanimously supported the campaign.

What if the board disregarded the letter, and Martynyuk would begin his term?

Polias recommended that Martynyuk had to be assisted by someone who had the BP DNA. “If Martynyuk’s takeover is inevitable, we dancers would like to ask the board to give us the chance to voice our opinions in choosing who will be part of the artistic team, such as the associate artistic director. He will help Mr. Martynyuk in bringing the company to its full glory. According to Maan [Hontiveros], Martynyuk will need the help of the BP alumni in restaging the past repertoire.”

They also underscored that they wanted to have a dialogue with the entire board before meeting up with Martynyuk.

At the end of the interview, Stephanie Santiago came forward to convey her message to the board. “I want to remind the board of how unique Ballet Philippines is. What we do and what we believe in is different. When I heard this guy was coming in, I asked, ‘Does he have the BP DNA?’ BP is not just ballet. Our dancers be can be light as feather but also grounded in contemporary dance. Our works are close to our hearts. They are made by people who are passionate. They research, put their hearts into it and give it their all. This is why BP is BP. You can’t find this anywhere else.” —CONTRIBUTED