How I quit smoking after 21 years | Inquirer Lifestyle

I picked up the habit before I peaked in puberty and never stopped.

As a teenager in the ’90s, I thought it was “hot” (as Paris Hilton would say). It signaled the shift from geek to gangsta, and in pre-social media Catholic school, that was the ultimate cool.

Cigarettes are nasty, but they make the smoker feel good. According to the American Cancer Society, nicotine in cigarettes produces dopamine that gives pleasure, making it addictive. What I failed to recognize (or was in denial of) was that smoking is not just a habit—it is an addiction, an accessible, legal one.

In the Philippines, cigarettes can be bought by the stick. Vendors sell them even to students in uniform. So I was never not smoking. In college, I stereotyped authors and journalists as chain smokers who write better as they finish more sticks.

Cigarettes were a constant—they were there at my best and worst.

Before the 2017 nationwide ban, smoking was a social activity. Working in the newspaper, I did casual interviews over cocktails and cigarettes, and sources got chatty because they were comfortable. I’ve met friends through smoking. One can even “forget” to have a lighter so the cute guy across the bar could give you a light.

There is an instant affinity among people in smoking areas because people already have something in common. Airport smoking lounges are the worst, but between the stench and the smoke-free long-haul flights, I just make sure to pack a “de-smoking” kit with dental stuff, cologne, decanted Febreeze and a change of clothes. (Try dish soap if hand soap doesn’t take the smell out. A spray of Kurin water also works for the hair.)

I used to smoke one stick to one pack of cigarettes every day for over two decades. “Masarap kasi magyosi,” smokers reason out. For me, it was best when partying, on the beach, or just when I felt full. Going on a three-day trip meant checking in three packs—just to be sure. Abroad, I’d try the popular cigarette of the city as if it were local cuisine. It took me three attempts to quit smoking for good. The first two attempts, however, happened during breakups, so I always had an excuse to fail. So I made sure I was single, and picked Feb. 14, 2018, so I would always have something to celebrate on Valentine’s Day.

Leading to quit day, I was down to one stubborn stick daily, and while I wish there was a better reason such as stress or anxiety, the final one was inglorious: constipation. 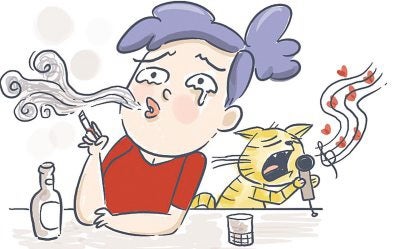 Unfortunately I couldn’t go without a cig. My solution was tea, fiber and a lot of willpower. Vaping was not an option, owing to the added cost. I was also bothered by recurring tonsillitis, though the doctor assured me it was not due to smoking.

I used Kwit, a free app to track progress. Thankfully I did not have crazy withdrawal symptoms, perhaps because I eased into it before going cold turkey.

One week post-quitting and I already felt amazing. So that’s what breathing is supposed to be like! Smells are crisp. It’s like tasting food in ultra HD. 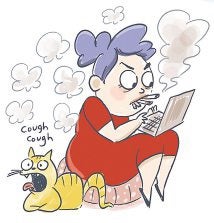 The “web” in my throat is now gone, my lips aren’t gray anymore, and I have achieved a glow. (Smoking cancels out diligent skincare.)

Nonsmokers must understand that smokers can’t just quit. It took me 18 years just to try because, well, I didn’t want to. We know smoking is evil. But it’s the same with eating a sinful dish—you know it’s deadly, but you eat it anyway. Quitting requires discipline. You have to trust the process.

Do I miss it? Every day. And every day, it’s a choice to not pick it up again. When there are triggers, I politely say no and walk away, take a whiff of essential oil, do a death drop or cry. Anything to distract myself. 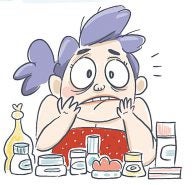 Two years in, and I think I have achieved a new form of self-love by quitting smoking. I’m forever celebrating Valentine’s as a day of hearts—and lungs. INQ 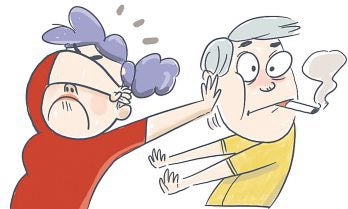