‘Binallay’: Lesser-known ‘suman’ is much loved in Isabela | Inquirer Lifestyle 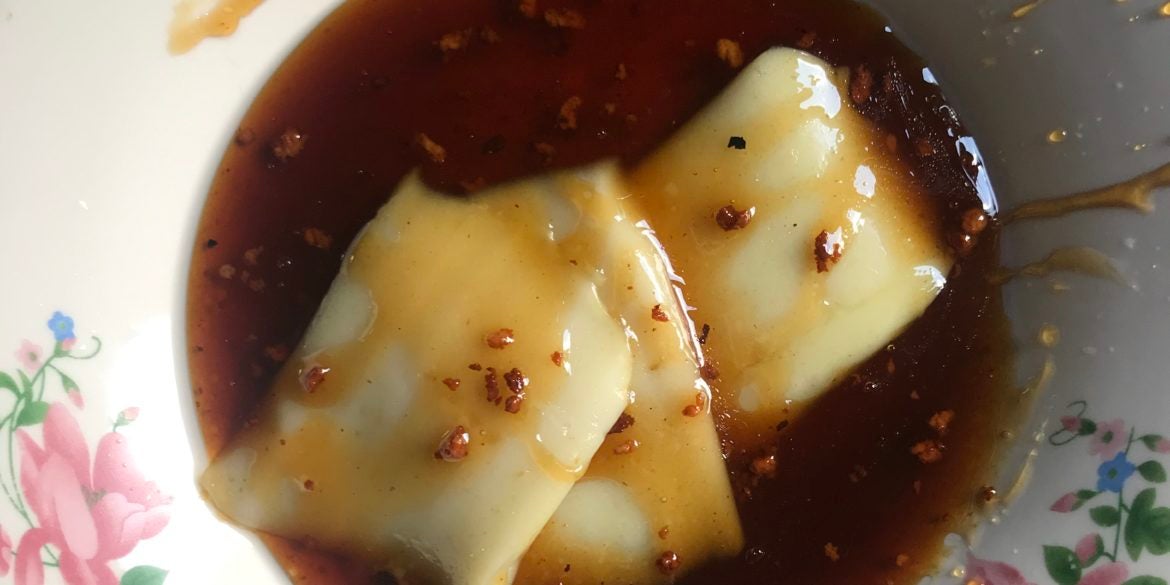 ‘Binallay’: Lesser-known ‘suman’ is much loved in Isabela

Binallay is like most rice cakes. Glutinous rice flour is combined with water, mixed into a smooth batter, wrapped in a banana leaf, then steamed until cooked all the way through. Unlike other suman, though, this specialty from Isabela has a different presentation and a flavor made more unique by the story of the province’s most popular binallay maker.

Naty Ricafuente, 65, has been making binallay in her humble home on Narra Street in Barangay Fugu, Ilagan, for over a decade now. She learned the process in childhood, by watching her lola Fortunata and mother Felicidad. She learned quickly and making it became routine. During Lent, binallay is a staple.

Not just any glutinous rice flour will do, says Aling Naty. It has to be the bungkitan short grain or the texture isn’t as smooth and the chew not as pleasant.

The rice grains are soaked in water for two hours before she has them milled in the wet market. She tosses the fine white powder in a palanggana, sprinkles salt, then pours enough water to turn it into paste.

She uses gut feel to gauge how much liquid to add, and given her years of experience, her measurement has become foolproof.

Then she greases up banana leaves with coconut oil, places a handful of batter on each one, rolls the suman, then steams them for two hours—a bit longer than the regular cooking time so it can keep during travel time, she says. She then wipes the moisture off each suman, bundles a set of five.

In 2003, she won in a province-wide binallay-making contest, making her now top-of-mind for that particular kakanin. What made her stand out was the laro or arnibal sauce, she serves with her binallay. Though mum on the ingredients, she admits that it takes her an hour to make the sauce.

To serve the binallay, one must pour laro on a plate, tear the wilted banana leaf piece by piece to prevent the suman from sticking to the hand, then gently place it on the pool of maple syrup-like sweet sauce that’s dotted with coconut milk curd or latik.

Aling Naty makes 15 kg of binallay a day; a bundle of five sells for P30. Her husband, Alexander, helps her in their home-based business.

Her kakanin business has helped send three of her kids to school. She has six children none of whom, unfortunately, has expressed interest in continuing her trade.—CONTRIBUTED