‘Joseph the Dreamer’: Two heads are better than one | Inquirer Lifestyle ❮ ❯ 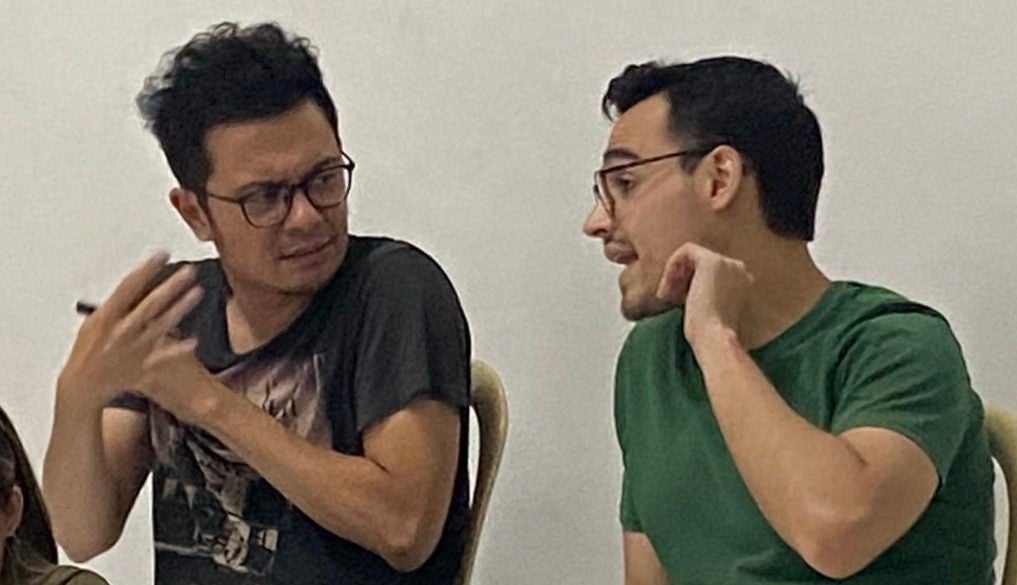 ‘Joseph the Dreamer’: Two heads are better than one

As script consultant for Trumpets’ “Joseph the Dreamer” this year, I can say that two heads are indeed better than one.

Paolo Valenciano is the director, and Nelsito Gomez, associate director (AD). These are two young men now making their marks in vastly different live performance platforms: Valenciano is the go-to director in the concert and corporate events scene, his most recent triumph being “Unified” (the Regine Velasquez-Sarah Geronimo concert); Gomez, better known as a theater actor, was AD for Atlantis Theatrical Entertainment Group’s “Sweeney Todd: The Demon Barber of Fleet Street” and “Beautiful: The Carole King Musical” last year, on top of directing staged readings for Company of Actors in Streamlined Theater, which he cofounded.

Their tandem in “Joseph” was rather serendipitous.

“I said no when Tito Audie [Gemora, Trumpets’ artistic director] asked me to direct,” Valenciano says. “I already had my plate full with concerts and events.”

But the invitation also came at a time when Valenciano had hit a creative plateau. “It was becoming more difficult to come up with new concepts. I needed a new experience to restart my brain, and ‘Joseph’ was the first play I ever saw, so it seemed like a good place to start.”

In the early days of this production, both men were mentored separately by Jaime del Mundo.

“I was still looking for an AD,” Valenciano says, “and my [mentoring] session would overlap with Nel’s. He would sit there, listening to me ranting and complaining.”

“I would overhear Paolo’s thoughts about ‘Joseph,’” Gomez says, “how he wanted it to come to life, how he wanted to adapt it to the now, and I thought, ‘Here was a man who had great ideas but didn’t necessarily have the theater vocabulary to convey it. I get him. I think I’ll be able to help him.’ So I volunteered [as AD]!”

“When I heard Nel wanted to be my AD, everything flashed before my eyes,” Valenciano says. “I realized I didn’t have to explain anything to him; he knows everything!”

“Paolo and I each have our own strengths. It was just a matter of putting those together,” Gomez says.

“I had this idea of turning ‘Joseph’ into an edgy, high-energy dance musical,” Valenciano says. “I can’t dance to save my life, but I can direct a good dance concert. I’m not good with drama, and I’m not a writer, but I know how to put these things together. I know how to make things look pretty, but I don’t want a show that only looks pretty; it has to have meat—meaning, relevance and believability.

“Gomez is the enforcer. He is not an assistant here,” Valenciano is quick to point out. “His work is more creative. He has done more for this production than people know and it would not work without him.”

For instance, it was Gomez who introduced Valenciano to “transitions”—flies you can drop to create a different scene or objects you can use to show a whole different world—early during production.

“[Looking back,] it felt like such a waste to say no [to directing ‘Joseph’] just so I could [catch up on] sleep,” Valenciano says.

“And look at you now,” Gomez interjects, “sleepless!” —CONTRIBUTED