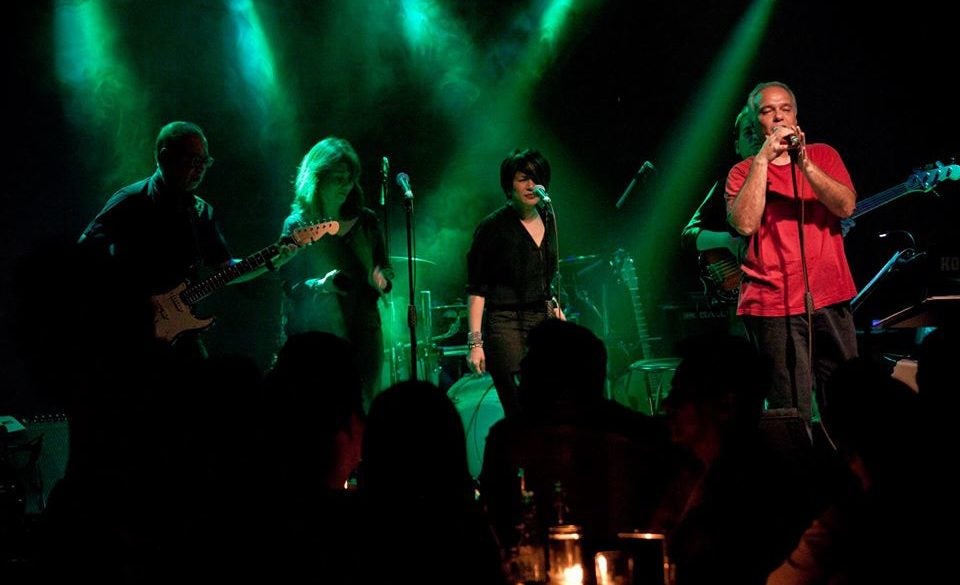 The Jerks at My Bros Mustache, Rockoustic Blues Experiment at Smoking Joint, Overdrive at 19 East

If I could only teleport, I’ll catch three classic rock gigs happening on the same night on Feb. 22 but at different venues: The Jerks at My Bro’s Mustache in Quezon City; Rockoustic Blues Experiment at The Smoking Joint in Makati; and Overdrive at 19 East in Muntinlupa.

These bands are all damn good. Fans or even first-timers who’ll be near the venues of the bands’ gigs won’t regret watching them.

The Jerks, still fronted by Chickoy Pura, has been around since 1979. Initially known for its excellent choice of punk and Rolling Stones covers, The Jerks went on to play many of the best classic rock tunes, especially the ones you won’t expect to hear. It can even play Steely Dan’s “Reeling in the Years” with only a trio lineup of drums (Benjie Santos), bass (Paolo Manuel) and guitar-vocals (Pura).

Rockoustic Blues Experiment is a band that Stephen Lu formed a few years ago to launch a new album of originals and covers.

Lu is a seasoned musician, having started in the mid-1980s as frontman of the Runaway Boys, a group whose members were Lu’s schoolmates at UP Diliman. He then formed Rizal Underground, one of the bands that drew national attention in the second golden age of contemporary Filipino music in the 1990s.