‘I Am Not Okay With This’: an off-beat superhero story | Inquirer Lifestyle ❮ ❯ 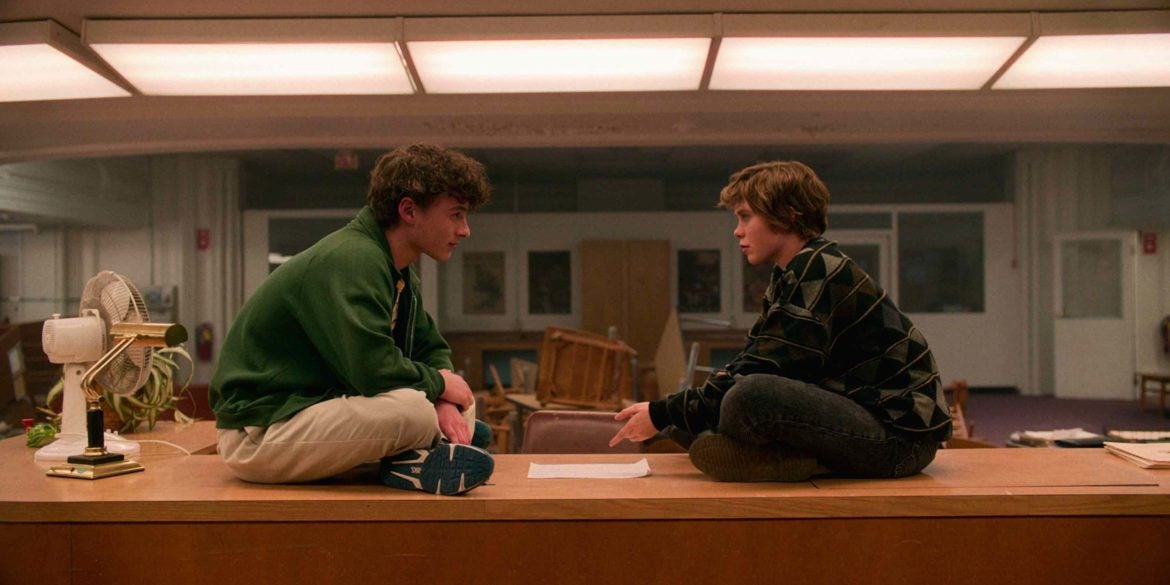 ‘I Am Not Okay With This’: an off-beat superhero story

The hallmarks of many classic coming-of-age shows are its familiar stereotypical characters.

There’s that lead who’s most likely awkward and the story follows him/her as he/she tries to break out of his/her shell. There’s the smart kid who goes off to an Ivy League school later on, the rebellious student who always ends up in detention, the homecoming queen. And then there’s the ubiquitous jock.

He’s the varsity-jacket-wearing dude who ranks high up in the school hierarchy. He probably plays football or soccer or lacrosse or basketball and is always surrounded by his team (or loyal band of followers). He could be dreamy, but sometimes he could be kind of a jerk. Like Peter Kavinsky (“To All The Boys”) or Elton (“Clueless”).Case in point is Brad Lewis (Richard Ellis) of the upcoming Netflix show “I Am Not Okay With This.”

This seven-episode series stars a moody 17-year-old Sydney Novak (Sophia Lillis from “It”). She has only one friend, she’s not the most popular girl in school and chances are she’s flunking Biology.

One day, Sydney discovers that she has telekinetic powers that manifest during the most inconvenient time.

He explained that “I Am Not Okay With This” is not necessarily a show about superheroes. Rather, it’s a show for people “who just really just want to be happy with themselves and [who want to] accept who they are.” Jonathan Entwistle, the director of “The End of the F****** World,” adapted another Charles Forsman microcomics in “I Am Not Okay With This.” Shawn Levy of “Stranger Things” is also a producer.

It’s a coming-of-age show that embodies teenage angst and high school stereotypes with a badass soundtrack in the background, just like classic John Hughes films. Sydney navigates through the tribulations of high school: from her budding sexuality, mental health and relationships, all while figuring out her seemingly uncontrollable superpower.

Only her quirky neighbor, Stan (Wyatt Oleff from “It”), knows her secret.

As if teenage life is not stressful enough, there’s Brad to stir things up.

Brad comes in the picture when he starts dating Sydney’s only friend Dina (Sofia Bryant) whom she is fiercely possessive of. Unlike most kids in school, Sydney is not the biggest fan of this jock. Brad, in turn, makes life a little bit hard for Sydney.

“Unfortunately, I do think that it is a part of the high school experience … The jocks in most high schools they kinda rule the school. They kind of set the term on who’s cool and who’s not, so if someone differs from them it’s a lot easier to exclude them,” Richard said.

The “I Am Not Okay With This” star said that his portrayal of Brad is an amalgamation of all the jocks that he has encountered during adolescence and he “kind of blended it into this one super jock, just one mean super jock.”

He observed that jocks act the way they do because of their limited experience on dealing with different or misunderstood people.

“I think the way it materializes with a younger audience or a younger demographic is just they’re so concerned with fitting in that they would rather be mean to someone than to understand them,” he said.

For Richard, Brad’s character would have done a lot better in high school if he just had empathy.

“I think Brad is a very self-involved character and he really only cares about his perspective and I would say that a lot of his issues would have been resolved if he would have put himself in someone else’s shoes,” he said.

In taking on the role of a jock, Richard said that he had tried to bring depth in a rather stereotypical character. He explained that any character has more back story, but viewers don’t always get to see the context.“For example he’s a jock and he’s popular and he’s a little bit mean to people, at the same time, it’s trying to find some of the depths behind that,” he added.

“But I think behind every stereotype there is a little bit of truth,” he said.

Despite the dozens of coming-of-age shows, and the jocks that accompany them, Richard said that “I Am Not Okay With This” is a unique show with a universal story. It stripped away the time element—which meant less phone time and more real-life interaction—to focus on the essential.

Ultimately, the show is about being comfortable in one’s skin and keeping people who make one feel loved and accepted, he said.

As Richard, he probably would want to keep distance from Brad if they actually met in real life.

“I would probably avoid him. But if I had to say something to him, it would just be [to] stop being mean to people for some reason,” he said.

But will Brad get his own jock redemption arc that he and his popular ilk are entitled to in today’s coming-of-age dramas?

Find out on “I Am Not Okay With This” on Netflix starting Feb. 26.