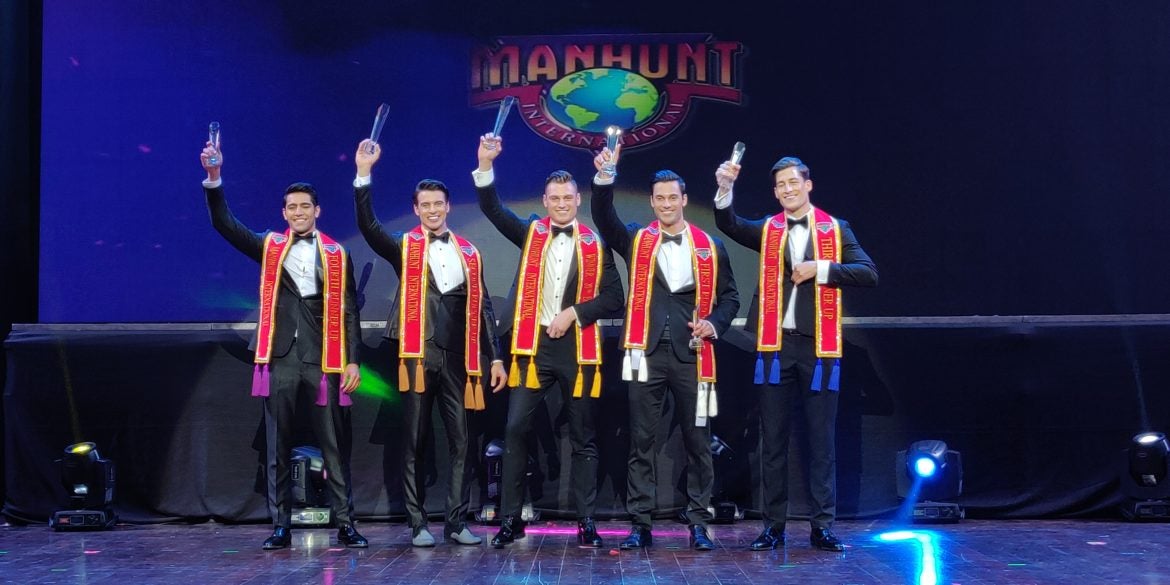 QUEZON CITY, PHILIPPINES — With 36 participants from different parts of the world, the Philippines has successfully mounted the 20th edition of the Manhunt International competition, its second hosting of the global modelling tilt for men.

When the international contest was first staged in Manila in 1999, Venezuela’s Ernesto Calzadilla bested 42 other aspirants for the coveted title. This year, crowd favorite Paul Luzineau earned the distinction, making him the first Dutch to win in the 26-year-old global tilt

Luzineau of the Netherlands bested 35 other contenders in ceremonies staged at the New Frontier Theater at the Araneta City in Quezon City on Feb. 22. He also received the “Face of the Year” award.

Vincent Llorach from Spain, who won in 2018 in Australia, handed Luzineau the title.

The lone Asian in the winners’ circle was India’s Mayur Gangwani.

Daumier Corilla of the Philippines finished in the Top 15. He also bagged the “Best in National Costume” award.

During their stay in the country, the delegates took a tour of Manila and visited Canyon Cove in Batangas.

June Macasaet gave the Philippines its first, and so far only, Manhunt International victory in 1999 when he topped a field of 53 delegates in the contest held in Bangkok, Thailand. It is the most attended edition of the global competition, tying with the 2006 installment with having the most number of participants.