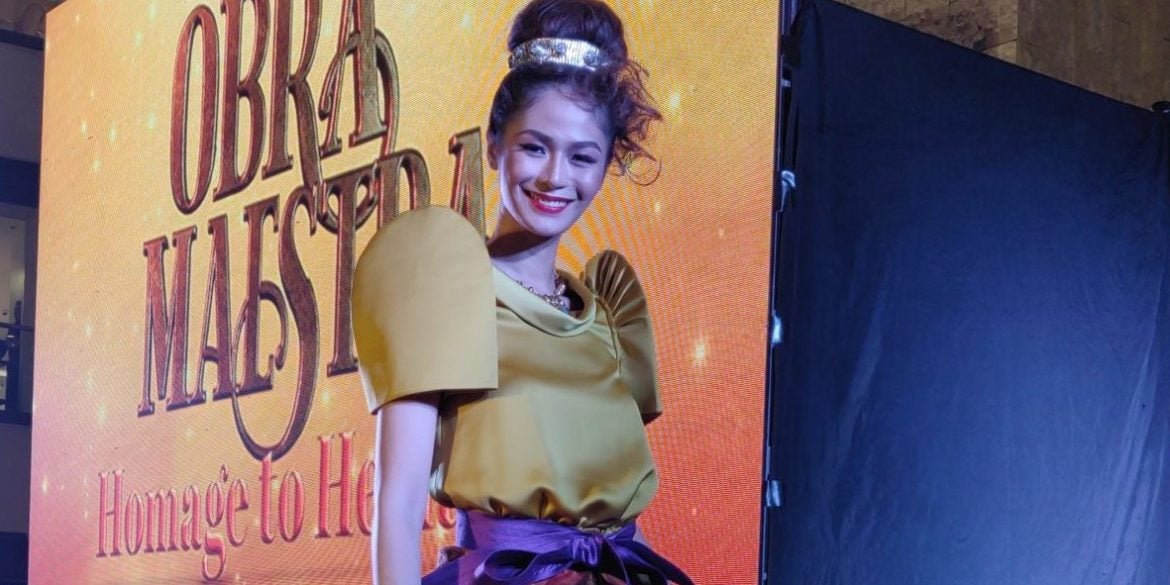 Dubbed “Obra Maestra: Homage to Heritage,” the event showcased the creations of an illustrious list of Filipino designers, which included Philippine fashion pillar Renee Salud. It was held in the atrium of Shangri-la Plaza in Mandaluyong City on Feb. 20.

Abesamis served legs with her micromini collared terno paired with an overskirt, while Iglesia exuded confidence in her jumpsuit terno, revealed by a massive slit on the skirt.

The show is part of a series of events hosted by Shangri-la Plaza in Mandaluyong City in line with the “National Arts Month.”

Those who missed the fashion spectacle may still marvel at another collection of Filipino looks in “The Evolution of Filipiniana Fashion” at the mall’s East Wing. Catch it at the wing’s “Luxury Lane” until Feb. 29.

Both the show and the exhibit serve as a prelude to the release of the landmark “Obra Maestra: A Portrait of Excellence in Philippine Fashion and Culture,” a coffee table book chronicling the evolution of Philippine fashion through vintage photographs from bibliophile Mario Feir’s exclusive Filipiniana collection.

Fashion and arts afficionado Zardo Ayangco-Austria conceptualized and directed Obra Maestra at the Shang, and served as editor and publisher of the coffee table book.

Proceeds will fund the construction of the Benedictine Sisters Reparatrices of the Sacred Heart’s new monastery and chapel in Mexico, Pampanga.

It will also provide assistance to the Duyong Marawi Project spearheaded by Bishop Edwin dela Peña, and the survivors of the recent eruption of Taal Volcano.