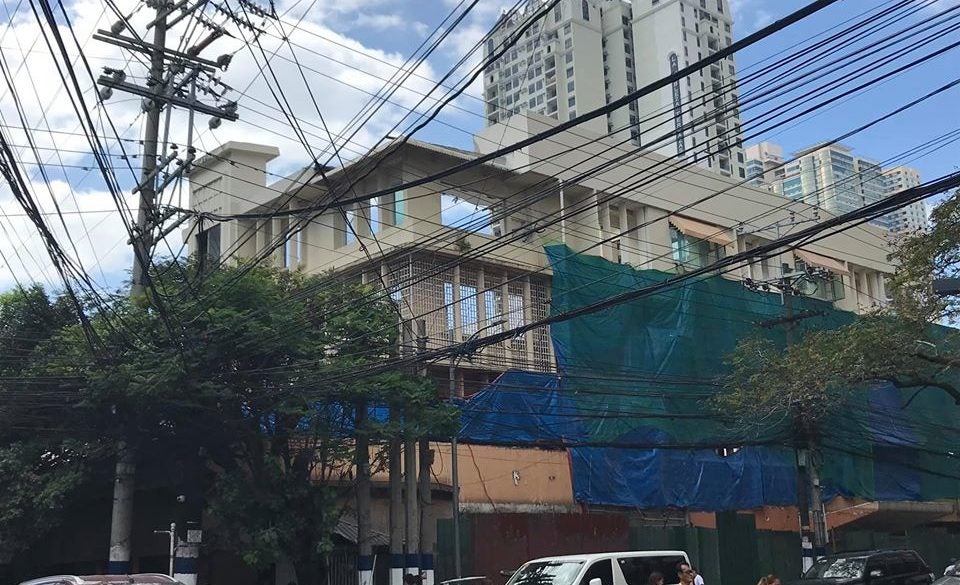 As early as February 2019, heritage advocates were already sounded the alarm on the impending demolition of the Ramona Apartments in Manila following its sale to a businessman who would like to replace it with a high-rise residential building.

Located on the corner of Adriatico and Pedro Gil Streets in Ermita, Manila, the building was constructed in 1949 in the International style.

It was designed by architect Cesar Concio, the same architect who designed a number of Philippine landmarks such as the Insular Life Building in Makati; Mother of Perpetual Help Church in Baclaran, Parañaque; and Palma and Melchor Halls of the University of the Philippines in Diliman, Quezon City.

The building is a four-story structure named after Doña Ramona Gonzalez viuda de Favis who was responsible for its construction.

Its initial tenants were well-known such as the Luz Gallery and the architectural office of National Artist Leandro Locsin.

It was sold to Mirobeni Property Holdings, Inc. in the 1980s and later to the still unnamed businessman who had it demolished.

Reached for comment by the Inquirer, National Historical Commission of the Philippines chair Rene Escalante said, “We don’t have any pending case against Ramona Apartment.”

She said HCS had brought to the attention of cultural agencies on Ramona and other heritage threats last year, but to no avail.

Reyes said no cease-and-desist order was issued despite Ramona being a presumed important cultural property.

“If this apathy and lack of coordination continue, we may wake up one day to a country bereft of history and heritage,” Reyes declared.

Meanwhile, a still unnamed Art Deco apartment building on the corner of Norberto Ty and Tomas Pinpin streets in Binondo was also torn down recently.

He said Art Deco apartments in Manila were becoming rarer and rarer.

In Iba, Zambales, the Don Roque del Fierro Trinidad House, believed to be constructed in the late 19th century, was also demolished.

The house was owned by Trinidad who became Iba’s capitan municipal (today’s mayor) during that time.

Local historian Liberato Ramos said the structure was indeed a heritage showpiece. He said the building was demolished to give way to a commercial development.

Escalante said he would look into the Binondo case. When asked about the Iba house, he replied, “It does not ring a bell.”

On a good note, the restoration of the Lucban Church in Quezon by the NHCP and the old City Hall building of Dumaguete in Negros Oriental by the National Museum had been reported completed and would soon be officially turned over to Church and local authorities.—CONTRIBUTED INQ