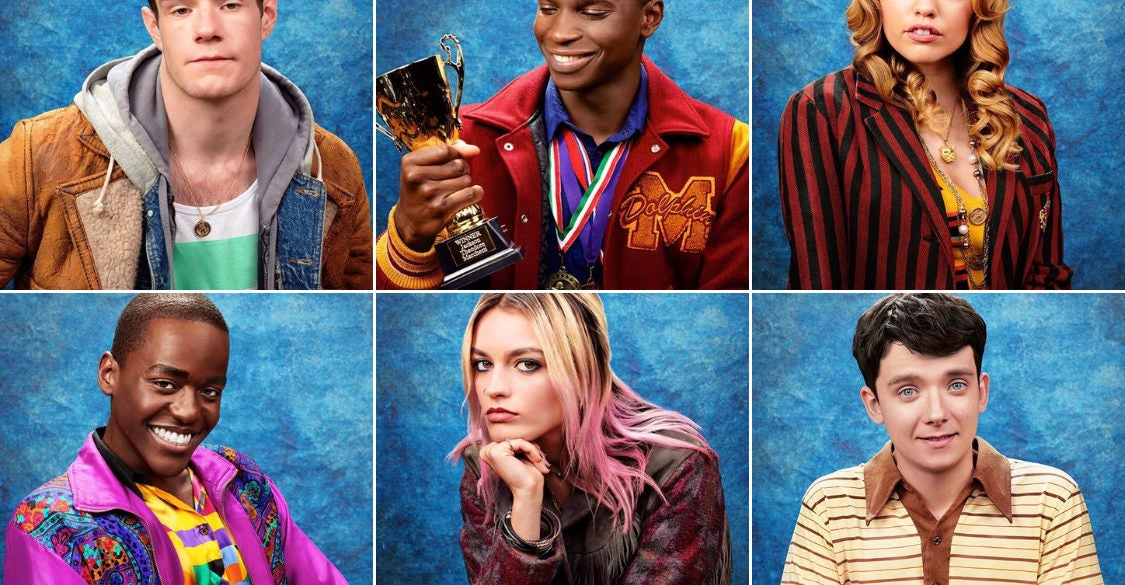 ‘Sex Education’ Season 2 is more confident with characters and tone, but . . .

The sophomore season of Netflix’s “Sex Education” picks up where the last left off. Otis (Asa Butterfield) has a new girlfriend and can pleasure himself, Maeve (Emma Mackey) deals with being expelled from school, and Eric (Ncuti Gatwa) figures out what to do after his fling with Adam (Connor Swindells).There’s a tenuous narrative frame this season of Otis’ mom (Gillian Anderson) setting up office in school to help out with the sex education curriculum. But while this season does have Otis and company taking less sex consultations due to his mom’s interference, it’s less focused on that and more on the combustive drama between its principal characters—and there are a lot of them this season.

“Sex Education” Season 2 is more confident with its characters and its tone than in its premiere season. The first season was centralized on following the characters of Otis, Eric and Maeve through what was essentially case-of-the-week episodes exploring quirky and unusual cases of sex.

The story branches off and attempts to flesh out a lot more of the prominent supporting characters. That’s typically not a problem for follow-up seasons, but the way “Sex Education” does it feels a bit diluted.

The first half of this season felt like they were rushing through plot points and character beats, which is odd because it’s not like these characters have a destination in store for them. It’s odd how the season completely glosses over potential conflicts, like Ola (Patricia Allison) finding out about Otis’ sex clinic and also the break-up of a prominent couple later in the season, yet creates entire subplots for incredibly minor characters last season such as the principal’s wife (Samantha Spiro).

What was done well last season was that the characters had room to breathe as the story knew who to primarily focus on and develop over the eight episodes. This season feels as though every main character and their adjunct supporting character required their own interiority and character arc, and it’s clear the eight-episode season wasn’t up to delivering on that.

It’s hit or miss with the story arcs this season. Aimee’s (Aimee Lou Wood) storyline of not being able to ride the bus worked out well, as did Jackson’s (Keddar Williams-Stirling) exploration of other hobbies other than swimming (though the show doesn’t give a believable argument of why it should be theater).

Everything else in the season are mostly misses. Ola’s storyline takes an abrupt turn halfway through the season, with only one scene to set it up. Maeve and Adam, the two characters who were kicked out of school last season, start off this season in completely different environments only to be put back with the rest of the cast almost immediately. The more interesting direction would’ve been to take a few episodes for them to return to normal, in order to truly fulfill the promise of a “shake-up” and to reveal more of their characters through their new situations.

The drama doesn’t necessarily have to be deep to be interesting. The melodrama of the first season worked well. However, this season arguably falters because it has too much of it happening to select characters. The story of the individual episodes becomes hard to navigate when certain characters walk the halls of school and encounter conflicts in three of their different storylines.

That’s perhaps why the best episodes of the season were the ones that took place outside of the school setting; the one with the camping trip and the one with Otis’ house party. The episode had streamlined storylines for each of the characters it focused on, singular conflicts and challenges, and even a unifying theme to view the stories in. Otis’ house party episode even does this with all of its main characters in the same setting.