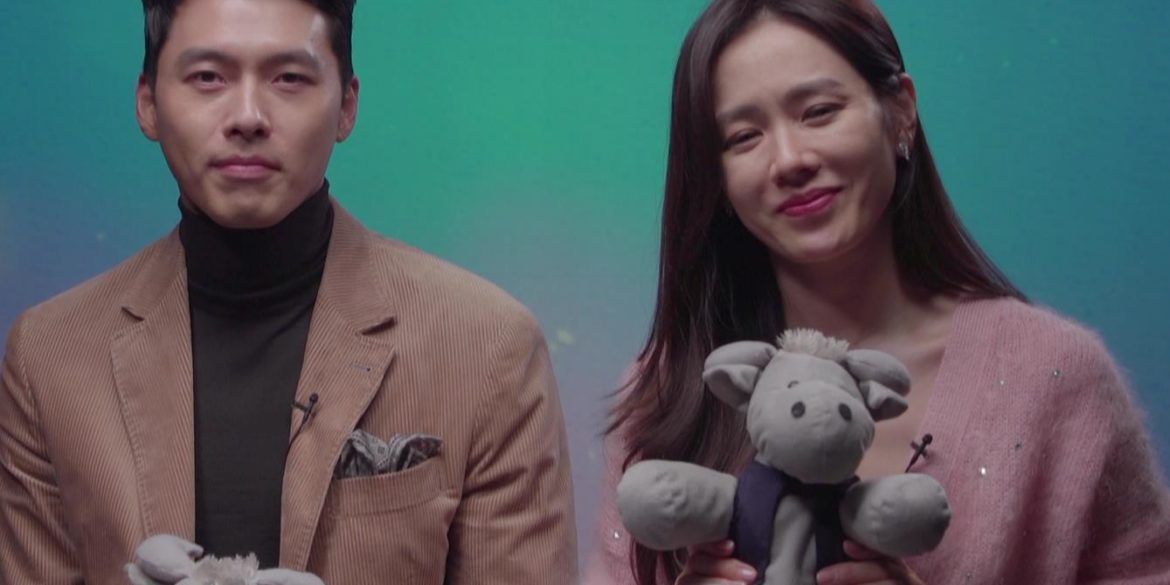 Hyun Bin and Son Ye-jin of “Crash Landing on You” hold up Inquirer mascot Guyito during an interview with Lifestyle Super K in Seoul last year.

Our face time with Hyun Bin, Son Ye-jin: ‘She has great qualities’

“Crash Landing on You” (CLOY) was a big hit, and fans of the K-drama attributed their obsession with the series to the palpable chemistry between its lead actors, Hyun Bin and Son Ye-jin.

The series was not the actors’ first time to work together. They starred in the hit 2018 movie “The Negotiation.”

Lifestyle Super K went to Seoul in 2019 to attend the press conference of CLOY. Having worked together before made it easy for the stars to do CLOY, they said. “Negotiation,” however, was a crime thriller, not a romance.

Hyun pointed out that he and Son did not shoot plenty of scenes together in the movie, but on CLOY, they had plenty of opportunities to be together on and off screen.

“She has great qualities,” Hyun said about Son. “I was curious about so many things about her like how she prepares for and acts out the scenes. When we meet on set, she has a lot prepared for the scenes we’re about to do. This challenges me to do better and I learn a lot from her.”

Asked if she thinks Captain Ri is worth the heartbreak, Son replied: “In a way, the character Se-ri was very selfish. Living in South Korea, she never failed at anything and nothing ever got in her way. And she begins to change by meeting Ri Jeong Hyeok. She feels things she’s never felt before, and through her attraction toward him, she changes as a person. So for Se-ri, Jeong Hyeok is her destiny and someone who completely changes her life. So he’s worth more than a heartbreak.”