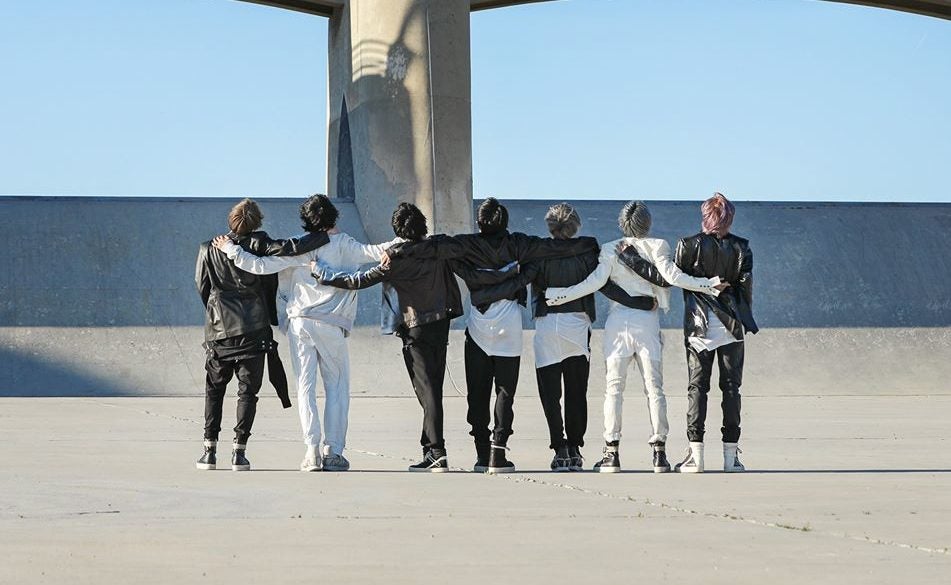 Six years ago, BTS embarked on a two-week journey to Los Angeles, California, to learn about the roots of hip-hop culture.

Wearing baggy pants, oversized tees and shiny bling-blings, they were wide-eyed rookies trying to find their place both in the grounded and gritty world of West Coast hip-hop and the expanding universe of K-pop.

The result was chaos. Merging these two worlds proved to be daunting for BTS. But through the years, this chaotic eight-episode reality show had projected the shadow of their career: trying to find their unique K-pop sound rooted in Western hip-hop, earning the respect of their contemporaries and striking balance between gaining fame and retaining “authenticity.”

“Map of the Soul: 7” perfectly depicts this shadow. With 15 new tracks, their fourth studio album took Carl Jung’s “shadow” archetype as a moral problem that forces them to confront the dark aspects of their fame, including parts of themselves they don’t like or what they think society despises.

The album is also a musical exploration. Since their third studio album “Tear,” BTS has boldly diverted from their hip-hop and R&B roots to create a potpourri of pop, trap, rock and hip-hop tunes that sound more like an evolution than a deviation. Full of grit

Loaded with solo tracks from each of the members and subunit tracks from the group’s vocal line and rap line, “7” is a combination of two albums from their Jung-inspired “Map of the Soul” series, shadow and ego. Like a strong contrast between light and dark, the tracks offer a mix of heavily produced music (“ON,” “UGH,” “Black Swan”) and easy listening tunes, shifting from track to track from the ego-personality to one’s shadow.

Expressing self-awareness of this “shadow” and what it does to the soul is most noticeable in “Interlude: Shadow,” “Louder than Bombs” and the title track “ON.”

In his hip-hop track “Shadow,” Suga talks about his fear of being engulfed by his own fame and the loneliness that comes with it: “People say, there’s splendor in that bright light/But my growing shadow swallows me and becomes a monster.”

Dream pop track “Louder than Bombs,” cowritten by Troye Sivan, tackles the band’s struggle to keep their true selves from fading in the crowd (“Now it has grown to be so clear/The unfamiliar shadow amidst those cheers”).

But with the anthemic “ON,” the band has finally come to terms with these repressed aspects of their stardom and artistry. Embracing one’s shadow is an essential condition of knowing the self. (“Look at my feet, look down/The shadow resembles me/Can’t hold me down ‘cuz you know I’m a fighter”).

In American Hustle Life in 2014, BTS offered a free concert for 200 people in Los Angeles to showcase their music and what they’ve learned from their hip-hop bootcamp. Now they’re selling out some of the world’s biggest stadiums for their legions of ARMY across the globe. “We were full of grit, all of us,” says V in their subway special interview with Jimmy Fallon. “You could see it in our eyes back then.”

And this sure is still evident in their recent offering. The heavy diss track “UGH” and the Suga-RM coup “Respect” show that even after seven years of offering “blood, sweat and tears” in the industry—now with top-notch producers and collaborators outside of their homeland—they still got the grit that has also become their trademark.

With old school hip-hop beats and shoutouts, the two-thirds of BTS’ legendary rapline dabble in the different meanings of gaining “respect” in the industry: “‘Respect’ but these days I’m confused of its meaning/They say it’s said when someone keeps doing something/It’s obviously superior than love.”

“UGH,” meanwhile, gives the taste of the “old Bangtan” style of conscious hip-hop: “Rage? Of course you need it/When it burns up there’s always a reason/Mayhaps it’s our history/Sometimes it changes the world.”

With “7” as their magic number, the album feels like a culmination rather than a closure to their musical journey. Just as before, listening to their album opens a magic door of intimate narratives with their fans. From their ego to their shadow, the stories they want to tell have always been personal: “Tell me your every story/Tell me why you don’t stop this/Tell me why you still walkin’/Walkin’ with us.”

They were only seven, but they got the whole world around them now.