For ballet shoes, one Russian company is on pointe | Lifestyle.INQ ❮ ❯ 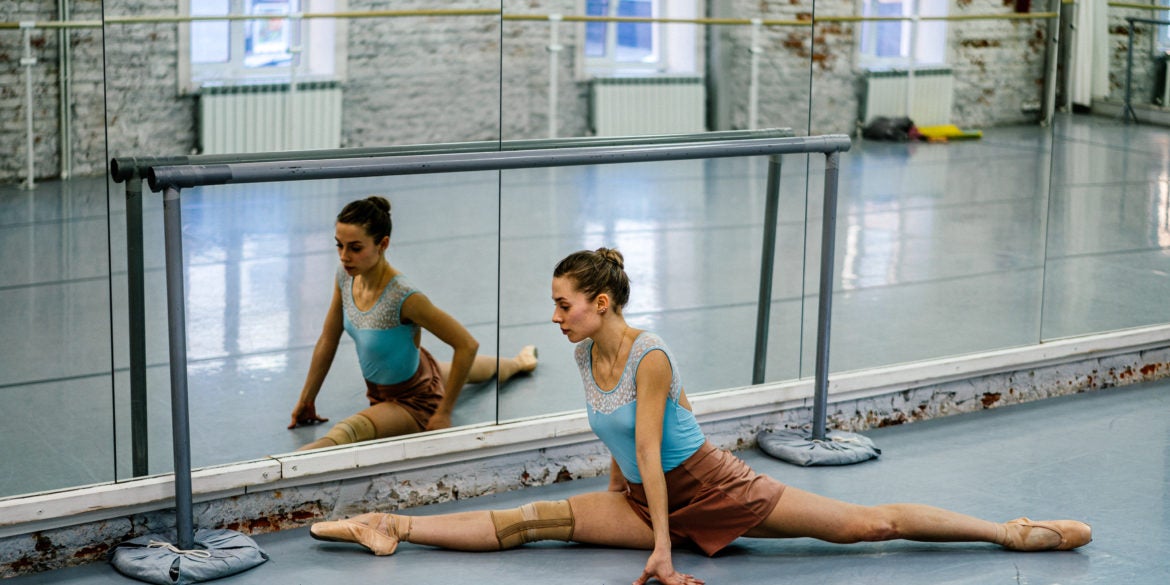 Dancer Alexandra Kirshina rehearses on pointes made at Grishko company especially for her in Moscow on February 25, 2020. - Born in the chaos of the collapse of the Soviet Union, the Grishko family business has emerged among the top makers in the world of dance shoes, notably classic ballet pointe shoes, worn on the world's great stages. (Photo by Dimitar DILKOFF / AFP)

For ballet shoes, one Russian company is on pointe

Craftsman Sergei Murza runs his fingers over the pink satin of a pointe shoe he has just finished making. Then he gives it the final test: the ballet slipper balances perfectly on its tip.

Murza produces the shoes in the Moscow workshop of Grishko, a company born in the chaos of the collapse of the Soviet Union and now one of the world’s top makers of ballet pointe shoes.

In a country better known for exporting oil and arms, Grishko is a rare success story for Russian craftmanship, its shoes sold around the globe and gracing the stages of the world’s top ballet venues.

“It is in Russia that classical ballet has reached its highest level,” says the 71-year-old, who founded the company more than 30 years ago and continues to run it.

Grishko has diversified into clothing and other types of dance shoes, but the ballet line is the company’s heart and soul.

Nearly 80 percent of its production is for export, with the United States — where the shoes sell under the brand name Nikolay — and Japan the top buyers.

Inspired by the liberalisation of the Soviet Union under Mikhail Gorbachev, Grishko set up the company in 1988.

A former diplomat posted in Laos and economics professor, he found inspiration close to home.

“My wife was a dancer… I already knew what pointes were,” he says in his office at the factory, dapper in a dark suit and black-rimmed glasses.

When he launched the business, Russia’s big theatres like the Bolshoi had their own in-house workshops making pointes. That tradition is now gone, but the expertise built up over centuries lives on in his company.

“I took the best of the tradition of Russian pointes, which have been made since the end of the 19th century. This tradition was passed on in the theatre workshops but practically disappeared after the fall of the Soviet Union” in 1991, says the Ukrainian-born Grishko.

Today he employs more than 500 people at workshops in Moscow, the Czech Republic and Macedonia. In Russia, a pair of Grishko pointes sells for the equivalent of 30 euros, in western Europe about twice that.

The Moscow workshop is housed on the grounds of the historic Hammer & Sickle Factory, a Soviet-era institution that once housed a steel plant.

Grishko’s master shoemakers work in silence as they produce 32,000 to 37,000 pairs of pointes per month, using only natural materials.

Cats roam around the work tables as artisans cut cloth, make their own glue, assemble the shoes and dry them in ovens, before a meticulous check for quality.

Among them are some 70 people who are deaf or hard of hearing, says Irina Sobakina, the 53-year-old deputy head of production, praising “the higher sensitivity of their hands”.

In the sewing workshop, Olga Monakhova, who is 56 years old and has worked at the factory for 27 years, recalls orders from famous dancers like Anastasia Volochkova and Nikolay Tsiskaridze.

Across the capital in her studio, dancer Alexandra Kirshina completes a rehearsal on pointes made especially for her.

“We wear them constantly, so it’s important that they fit perfectly,” says the 28-year-old soloist for the Moscow Ballet.

“I used to dance in plastic pointes and I had big problems with my feet.”

Star dancers can go through up to 30 pairs of pointes a month, but professionals account for only 10 percent of Grishko’s buyers. Most sales go to ballet schools.

Grishko says he is even seeing a new kind of client: women who, tired of “boring aerobic exercises” and treadmills, are taking up ballet to keep fit.

Cover image: Dancer Alexandra Kirshina rehearses on pointes made at Grishko company especially for her in Moscow on February 25, 2020.  (Photo by Dimitar DILKOFF / AFP)