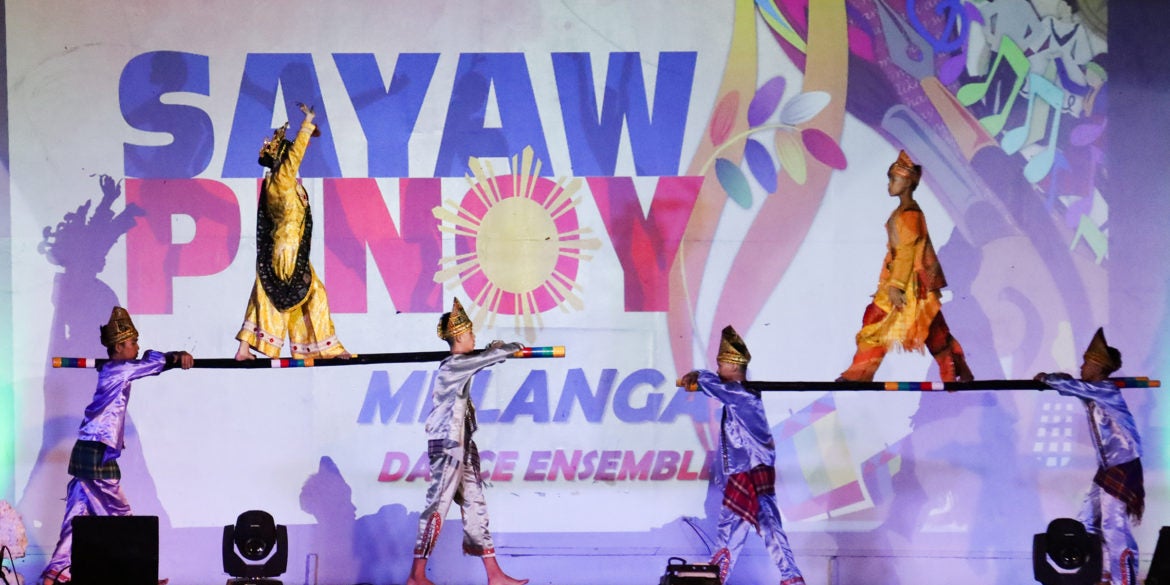 Composed of young dancers and musicians in Tangub, Sinanduloy Cultural Troupe has been in existence for 27 years and become a prominent performing arts group in Mindanao. Aside from the Sinulog, it has won awards in the prestigious National Music Competitions for Young Artists.

Jojin Pascual, Sinanduloy artistic director, said that for the NAM Mindanao kickoff celebration, the dance group employed ethnic-based instruments so that NAM “will [have the] sound [of] Mindanao.”

Pascual said that the Tangub festival inspired the locals and gave them the opportunity to see performances from artists outside their city.

“One benefit of this event is exposure for the youth of Tangub. Most of the time, they only see the shows of Sinanduloy,” he said.Prior to the formal opening, select students and artists of Misamis Occidental joined workshops on sculpture, music, dance and theater arts.

“The workshops were a nice experience for the young people because we were encouraged to dance, play a different instrument and join theater plays,” 15-year-old Ivan Dagamac said. “I participated in the music workshop and we learned how to play the drums, guitar, laud and bandurria.”

For NAM in Mindanao, the NCCA mounted Sayaw Pinoy events in Ozamiz, Butuan and Dumingab. The National Committee on Literary Arts organized a forum of regional writers reading from their latest works in “Readings from the Regions” in Davao City.—CONTRIBUTED