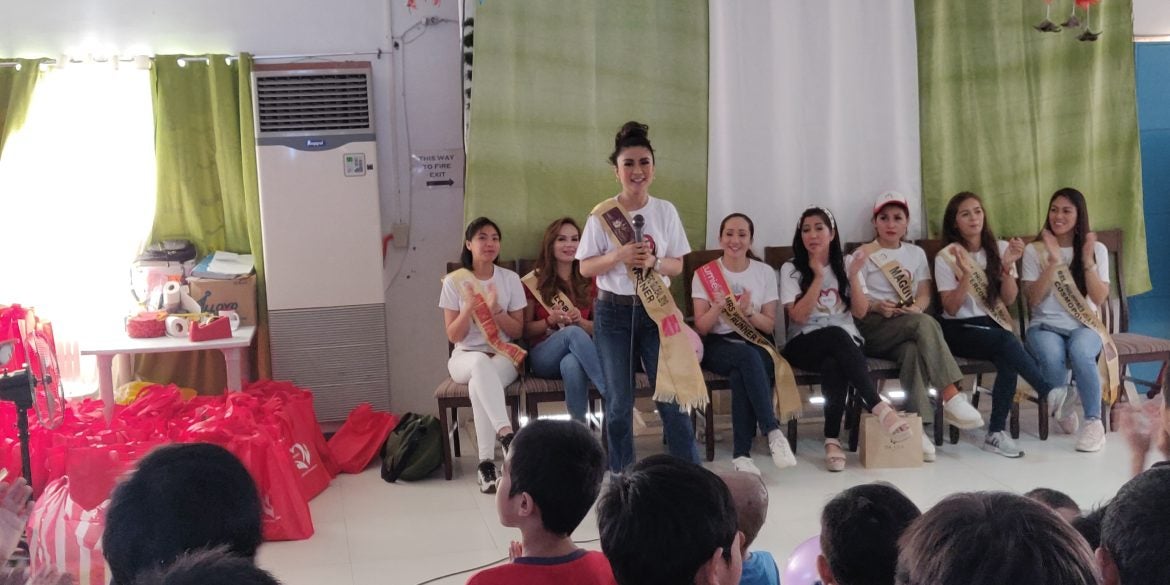 Reigning Mrs. Asia Pacific Global Avon Morales shares a message of hope to the children under the care of the Social Development Center in Pasay City. ARMIN P. ADINA

Around 50 children, aged 4 years to 14, welcomed Morales and her fellow beauty queens from the Queen of Hearts Foundation, together with reigning Noble Queen of the Universe Patricia Javier, in the facility in Pasay City on Feb. 29.

Morales shared her story with the children, and offered messages of hope to those under the care of the facility for the abused and orphaned children of Pasay City.

“You are thanking us, but it should be us who should be thanking you because you are putting smiles on our faces,” Morales told the children.

Some of the queens who joined Morales performed a dance number for the children, while Javier offered a song.

Morales and the other queens also distributed gifts to the children, and ordered meals for the wards and the center’s staff members.

The children responded with a dance number of their own.

Morales became the first Filipino woman to bring home the Mrs. Asia Pacific Global crown when she won in the pageant staged in Malaysia in May 2019. She also received the Mrs. Elegance, Mrs. Photogenic, and Mrs. Social Media awards.