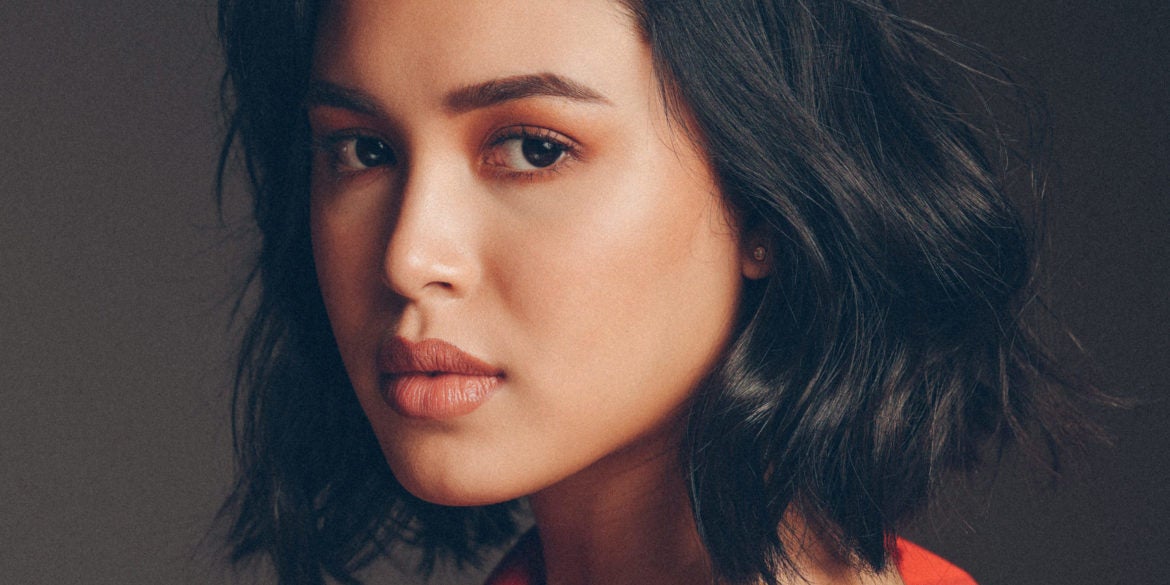 Claudia Barretto on EP plans, Kehlani, and being shy

As promised last week, we’re doing something new this 2020. Watch out every month for our main features on today’s biggest personalities from music to television, art to business, and everything in between.

Since this is a fresh start, we chose Claudia Barretto to be our first major feature this March. A rising star in the industry, she holds a lot of promise. She represents what’s coming in the scene.

She went from zero to sixty: From being unable to sing in front of her family to releasing “Finally Found It” on Spotify in a matter of months. Since then, everyone’s been looking for the next drop.

In this Q & A, we uncovered a lot about this 20-year Psychology student. “People think I’m aloof,” she admits. But when a few minutes into this interview, that claim was dismantled quickly.

Distance is the farthest thing Claudia wants, going for real connections in her sound. “I want to be able to capture my life as accurately as I can. If I’m able to do that naturally people will be able to relate to it because we all go through the same things.”

What’s the first thing you do in the morning?

I’m not very proud of it but the first thing I do in the morning is to check my phone as I think most people do.

I check it for messages but I also want to see what’s going on with everyone so I check social media. On my personal Instagram account, I limited the people I follow. Now I only follow my family since I like to be up-to-date with everyone. Both my older sisters have moved out so I like seeing what they’re up to. It makes me super happy.

When did you first realize that you first wanted to make music?

I’ve always wanted to be a singer ever since I could remember. But growing up I was very shy. I wouldn’t even sing in front of my mom or siblings. So I never built up the courage until I was 15.

Every time it was her birthday, my mom would ask us kids to perform. Right before performing, I would find myself crying and never doing it. This [happened] for four years straight and then she just completely gave up on even trying.

I came across artists that I really liked and I was like “Maybe this is something I could do.”

Do you remember that artist who gave you that push?

It was Kehlani. This was when she released her mixtape and she wasn’t as popular as she is now. I was listening to it and I said: “This is something I could do.” Before I would listen to all these pop songs and think: “I can’t do this because I can’t sing like that.”

So Kehlani changed that?

Yeah, I realized music isn’t just one thing. I can do my own thing.

“Head/Heart” and after that

Tell me more about “Head/Heart” and Jason Dhakal

The first time I met him in person was at Kehlani’s show. I was talking about music and what I realized and he was also saying the same things. He was also inspired by Kehlani’s music at the time when R&B was creeping its way into being the most listened to genres again.

A year after that, I was frustrated with where my music was going because I wasn’t capturing what I wanted. I messaged him about it. And he was like the only people I felt comfortable telling that to.

I asked him if he wanted to work on a song together and he said: “Of course.” We wrote a song in a couple of hours. The track was given to us by Kidthrones.

As soon as I realized “Head/Heart,” I [was sure] that this is something that’s definitely close to what I want. It’s better from where I started.

Recently, I started working with a band. We’ve been meeting once a week, every week. We’re alternating between doing band rehearsals to work on my confidence when I’m performing with working on songs and writing plus conceptualizing what we want to be working on.

So, I hope this makes me accountable, by this 2020 if not an album then definitely an EP. But I hate saying EP, it’s like I’m too nervous to dive into it. I really want to do an album. That’s the goal for the year.

Always big jeans, sneakers, and a T-shirt. I like comfortable clothes. I feel the most confident when I’m in big clothes.

Favorite look from the shoot?

I like the MM6 suit. I would shop for that on my own. I like the Aigle coat and bucket cap too.

Who are your style inspirations?

My inspirations dress [differently] than I do. These are people I wish I could dress like one day. I like Olivia Palermo’s style. I love Brittany Xavier. I like their style and I wish I can pull it off.

What do you like to do for an adventure?

I like traveling. Growing up, I was the most independent child. When I was 16, I flew to Washington DC stayed there for three months. Two years ago, I went to a music camp because I wanted to do music production. I always explored my options growing up.

Where was the music camp?

In LA. I have a special place in my heart for LA. I feel so at home there.

I love the LaMer Foundation. It’s the only one that works best on my skin. And then I’ll do lip oil and fill in brows and curl my lashes.

Once I start a show, I have to finish it even if I’m miserable. That’s just who I am. I love The Good Wife. For comedy, I like Modern Family and Friends.

The one I was watching before this interview is Love Is Blind. I find it so insane. I switch between shows because I get super emotionally invested.

Finding yourself, on and offline

Have you tried Googling yourself?

Yes. Out of insecurity. Not to see what was out there about me or what good things about me are there. It was because I have this insane need to align what people think of me to who I really am. I wanted to see if it was accurate.

How accurate was it?

Not accurate at all. But it’s okay. I’m starting to get used to it never being exactly the way I want it to be. I think so far people know 10 percent of me. I still feel like this is the beginning.

What is the advantage of being you?

I used to this that being super passionate was a weakness. Because I would get frustrated if I didn’t get to do the stuff I want in the way I want.

Now that I have grown up a little bit and matured a lot, [I realized that] I overwhelmed myself with those goals but I still want to push myself. I think that the advantage of being me is that when I’m passionate about something, I’m not afraid to dedicate my time to and work hard for it. I like to excel.