Provenance on Westendorp: ‘We wanted to honor her legacy’ | Lifestyle.INQ ❮ ❯ 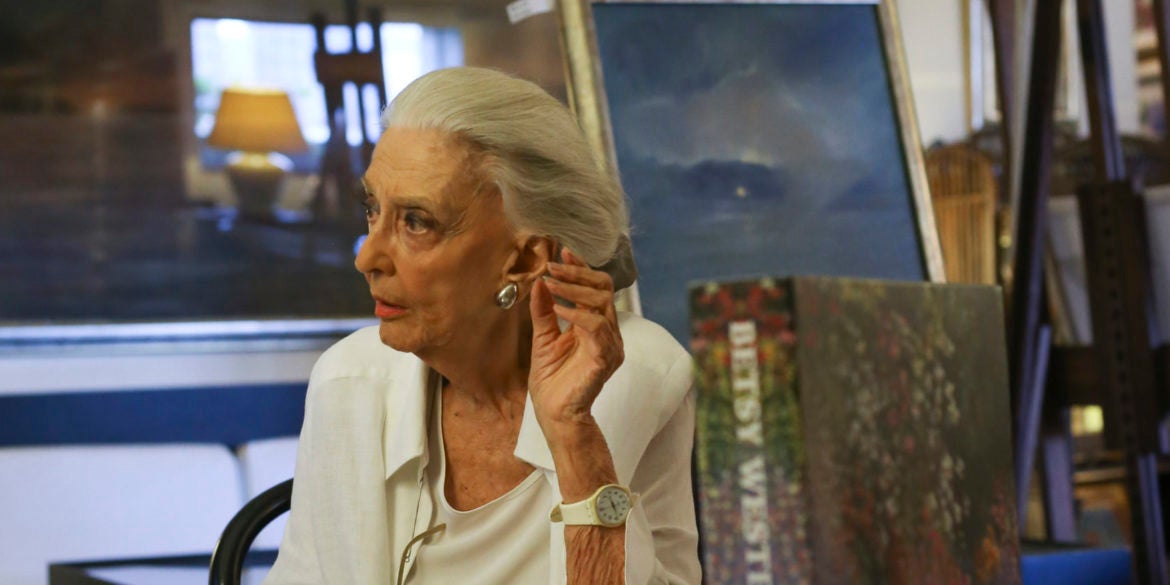 Provenance on Westendorp: ‘We wanted to honor her legacy’

This is how Provenance Gallery head Raul Francisco characterized insinuations that they somehow “snatched” their coming exhibit of Betsy Westendorp paintings from another gallery (See “The tussle over Westendorp,” PDI Lifestyle, 03/01/20).“We don’t need to do things like that,” he adds.

“This is solely to honor Betsy’s legacy. We wanted to make her happy.”

In fact, he says they had been in talks with the 92-year-old artist since February last year, well before León Gallery started talking to the artist and her granddaughter, Cristina Grisar, about exhibiting in April.

“She’s a family friend,” he added.

The grandmother of his wife, Joanna Preysler, and Westendorp were close friends in Madrid, Francisco says, and the artist’s daughter, Carmen, was privy to the discussions.

There was a hiatus to the discussions last June when Westendorp was taken ill and had to be hospitalized, he says. Francisco’s brother was her attending cardiologist, he adds.

In any case, many of the paintings to be shown in “Betsy,” the exhibit which opens March 7 at the Provenance Art Gallery at Shangri-La at the Fort, had been already with the gallery, he adds, and the new works were delivered and mounted by Westendorp’s longtime assistant.

Francisco says this attests to the fact that Westendorp, though increasingly frail and hard of hearing, was fully aware of the coming exhibit. Francisco adds that she’s planning to visit Provenance ahead of the opening to oversee final arrangements for the exhibit.

Westendorp was already a rising portraitist in Madrid when she came to the Philippines after marrying the Spanish-Filipino Antonio Brias. She quickly became known for her portraits of Manila high society.

In her later career, however, she started painting dramatic skyscapes she called “atmosferografias,” and still lifes, often of flowers.An extensive museum retrospective of her works, to be curated by architect Emmanuel Miñana, is being planned this May.