Vatican closes to tourists — but not the faithful | Inquirer Lifestyle ❮ ❯ 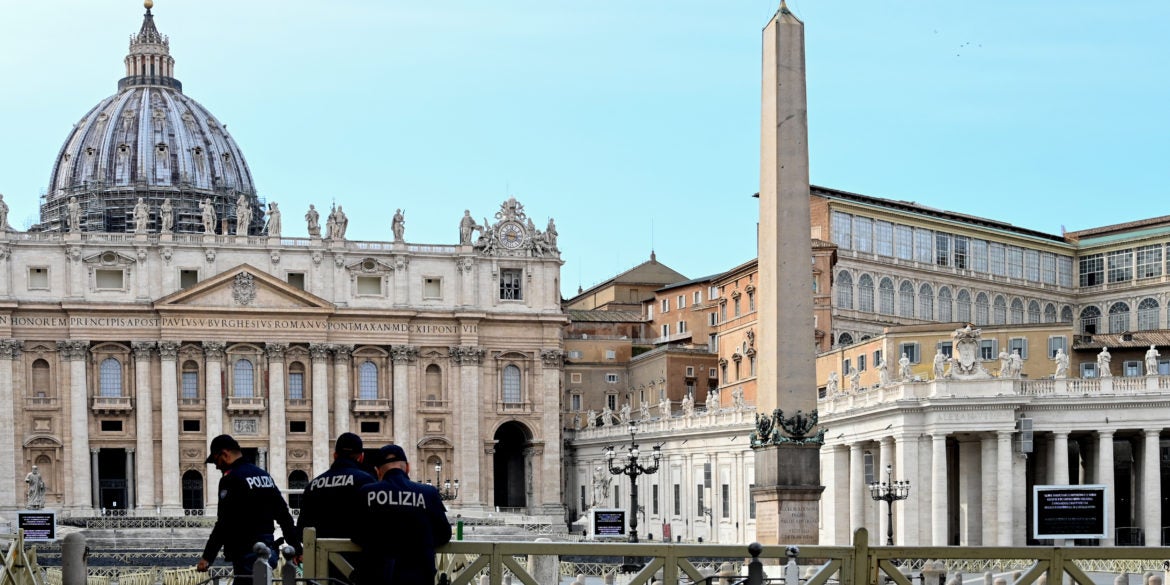 Police patrols on March 10, 2020 shows the Vatican's Saint Peter's Square and its main basilica after they were closed to tourists as part of a broader clampdown aimed at curbing the coronavirus outbreak. (Photo by Tiziana FABI / AFP)

Vatican closes to tourists — but not the faithful

The Holy See said the measures will remain in place until April 3 “in order to halt the spread of the coronavirus”.

The announcement sparked a wave of confusion because churches are supposed to remain open across Italy as a whole during the country’s month-long ban on public gatherings.

A Vatican source later clarified to AFP that anyone who expresses a wish to pray at the basilica can still pass through the police barrier and walk onto the main square.

Italy’s new nationwide restrictions on public gatherings and movement between cities are designed to curb the spread of a disease that has killed 631 and infected 10,149 in just over two weeks.

The Vatican has so far officially confirmed one case of the COVID-19 disease caused by the new virus that was detected in a person who was using one of its public pharmacies.

It was also awaiting the results of a second person who may have been in contact with someone infected by the virus at an event organised by the Vatican at the start of the month.

Pope Francis himself was forced to break with centuries of tradition and deliver his Sunday Angelus Prayer via livestream instead of out of his Vatican window to limit crowds on Saint Peter’s Square.

Saint Peter’s stunning basilica is one of the world’s most popular tourist attractions. Its dome soars over Rome and is visible across the Italian capital.

It is filled with frescos and statues by great Renaissance masters such as Michelangelo.

The 83-old-pontiff is himself still recovering from a cold he developed about two weeks ago.

The Argentine-born pope has enjoyed a life of good health and follows a rigorous schedule despite having a part of a lung removed when he was young.

His unusual absence during the coronavirus scare prompted immediate speculation that he had contracted COVID-19.

A newspaper reported last week that the pope had been tested for the virus but was not infected.

The Vatican neither confirmed nor denied the report.

Cover image: Police patrols on March 10, 2020 shows the Vatican’s Saint Peter’s Square and its main basilica after they were closed to tourists as part of a broader clampdown aimed at curbing the coronavirus outbreak. (Photo by Tiziana FABI / AFP)