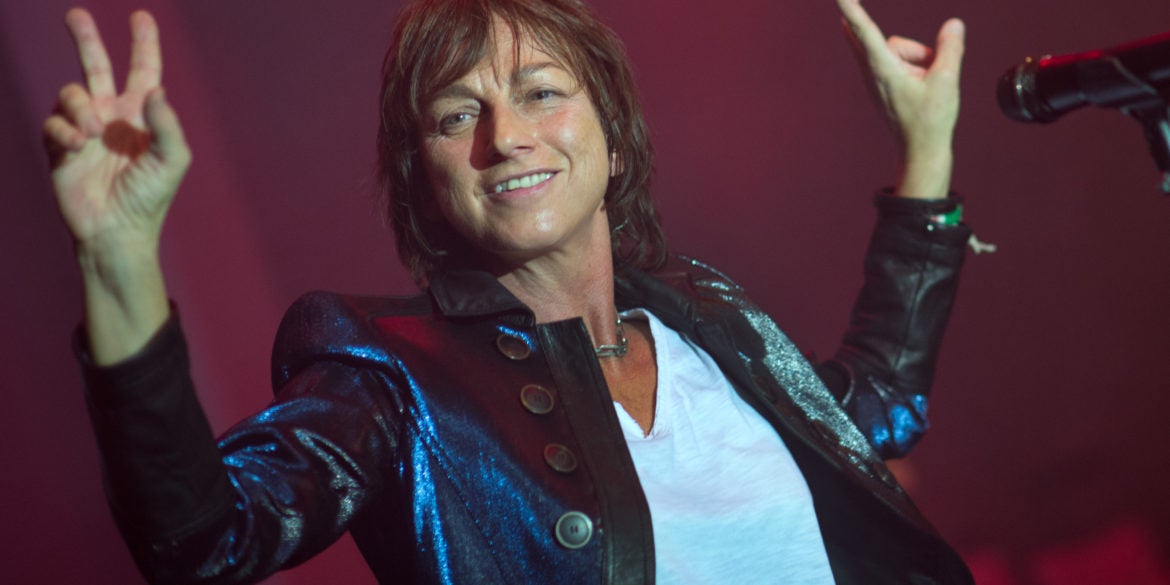 Italian singer Gianna Nannini performs at the Bundespresseball (German Federal Press Ball) in Berlin, Germany, on November 29, 2013. The motto of this year's traditional ball is "Visions" with around 2,000 guests from economy, politics and media at the Hotel Intercontinental. AFP PHOTO /DPA/ Bernd von Jutrczenka /GERMANY OUT (Photo by BERND VON JUTRCZENKA / DPA / AFP)

An Italian rock star promised Tuesday to stream her next concert from home to break through the “loneliness” imposed by the government’s social distancing measures to curb the new coronavirus.

Gianna Nannini, now 65 and a local celebrity who has around 30 albums to her name, took to Instagram to lament about life in the time of the deadly epidemic.

“The terrible thing about this virus is the loneliness,” she wrote shortly after the government imposed nationwide restrictions on travel and public gatherings.

“I am in Milan and I want to play some acoustic rock songs online so that we can all feel a bit closer to each other and still be safe,” she wrote.

Nannini’s raspy voice is known to a generation of Italians thanks to a prolific career spanning four decades.

Her more recent concerts have provided a blend of melodic pop and more hard-hitting rock that sells out stadiums to this day.

She promised to livestream her concert on Thursday at 1500 GMT.

“We will do our best to overcome this terrible moment together,” Nannini wrote.

Italy’s has suffered the brunt in Europe of a virus that developed in China before killing 463 people in the Mediterranean country in slightly over two weeks.

Italy on Tuesday imposed travel restrictions and a ban on public gatherings to help fight the spread of the disease.

Livestreaming is turning into a social phenomenon in Italy as the government’s restrictions become more severe.

Pope Francis livestreamed his Sunday prayer from the Vatican and is expected to do the same for his weekly “general audience” appearance on Wednesday.