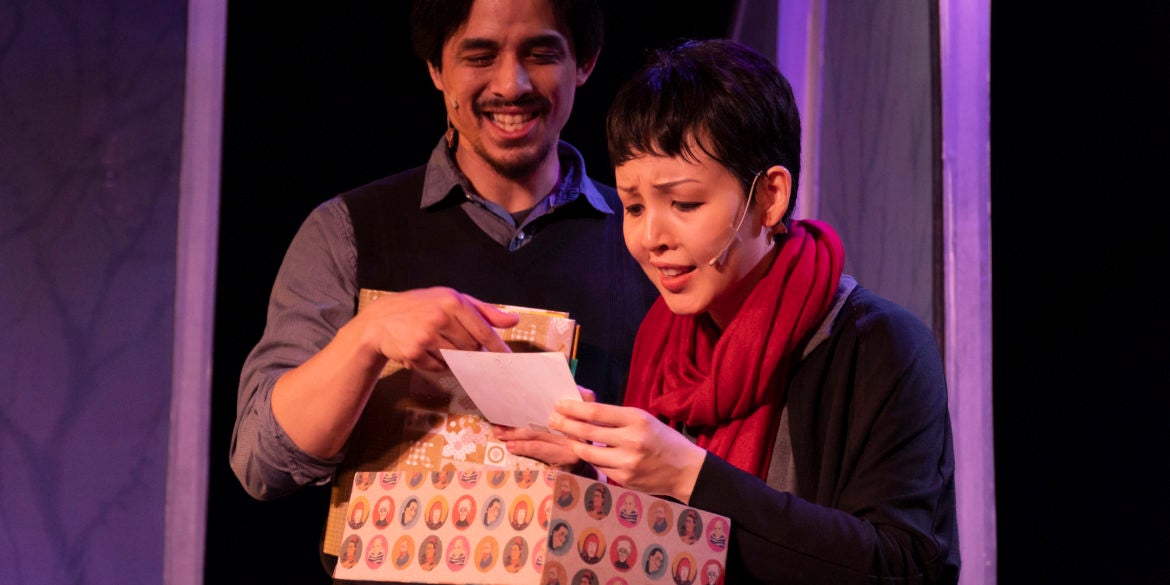 Cris Villonco is heartbreaking as Diana, but equally so is Jef Flores as Dan; they are breathing, singing, open wounds

The COVID-19 (new coronavirus) outbreak in Metro Manila this past week virtually crippled what had promised to be a bustling month for theater, with as many as 13 canceled productions for this weekend alone.

Among the casualties is “Next to Normal”—and it’s especially hard not to feel dejected over this one: This new staging by Ateneo Blue Repertory (BlueRep) may well be the year’s best local musical production.

It’s easy to say that BlueRep had a straight path to victory. The material, after all, is a Pulitzer Prize-winning masterpiece, and masterpieces are harder to bungle. But it is precisely how this “Next to Normal” highlights what a masterpiece the musical is that makes the production an unmissable work.

Once again codirecting with Darrell Uy (after last year’s ravishing “Spring Awakening”), Missy Maramara helms this production—and again, sidesteps the temptation to yield to the material’s rock-musical roots. The result is “Next to Normal” with its insides fully exposed—an emotionally lacerating, meat-of-the-matter treatment that only brings to light the airtight, organic quality of Tom Kitt and Brian Yorkey’s writing and music-making.

Another way to put it: Maramara’s production visibly makes sense of the material—of the lyrics, and of the story itself. The plunge into the unraveling lives of the fictional Goodman family (consisting of Diana, who has bipolar disorder, her husband Dan and daughter Natalie) never once feels rote or dishonest. Every element in this production, both human and nonhuman, is intertwined.

This “Next to Normal” becomes an even more outsized accomplishment when one considers the physical space it is given: Ateneo de Manila University’s Gonzaga Fine Arts Theater, a cramped box of a room that the affluent school has somehow passed off as an actual “theater.” Why this place is home to this show is topic for lengthier talk, but one thing’s clear: This place does not deserve this masterpiece and the tremendous talent it employs.

Yet somehow we should also thank this venue, if only for the chance to witness the topnotch skill involved in this production, how it has overcome the limits of space through intelligent direction and design.

The main draw of any “Next to Normal” would be rightfully its Diana—a Herculean part requiring any actress to wander stoutheartedly what the lyrics call the “manic, magic days and [dark], depressing nights.” But guided by Maramara, and on the strength of its actors, this production becomes at once the individual and converging stories of Diana, Dan and Natalie.

Cris Villonco is, simply put, heartbreaking as Diana, but equally so is Jef Flores as Dan; they are breathing, singing, open wounds, and we’d be heaven-blessed to come across a more magnificent pair of leading performances this year. As Natalie, Nikki Bengzon (alternating with Jam Binay) is a vision of clarity, in every sense of the word, and one of the most exciting newcomers to the scene we’ve seen of late.

In fact, so thoughtfully staged is this production that it even makes you care about the Goodmans’ son Gabe (Tim Pavino, affecting and in wondrous voice, alternating with Adrian Lindayag), Natalie’s boyfriend Henry (Carlos de Guzman, immensely likeable, alternating with Davy Narciso), and Diana’s doctors (Jobim Javier, alternating with Jason Tan Liwag, who is “authoritative as a man of science,” notes former Theater editor Gibbs Cadiz).

In the program, Maramara writes: “The hope of art is to sublimate human experiences [into] a form that allows for manageable confrontation.” On that account alone, this “Next to Normal” is a success. It is also a musical triumph (the musical direction by Ejay Yatco), and a powerfully moving time at the theater. It is the real deal. —CONTRIBUTED