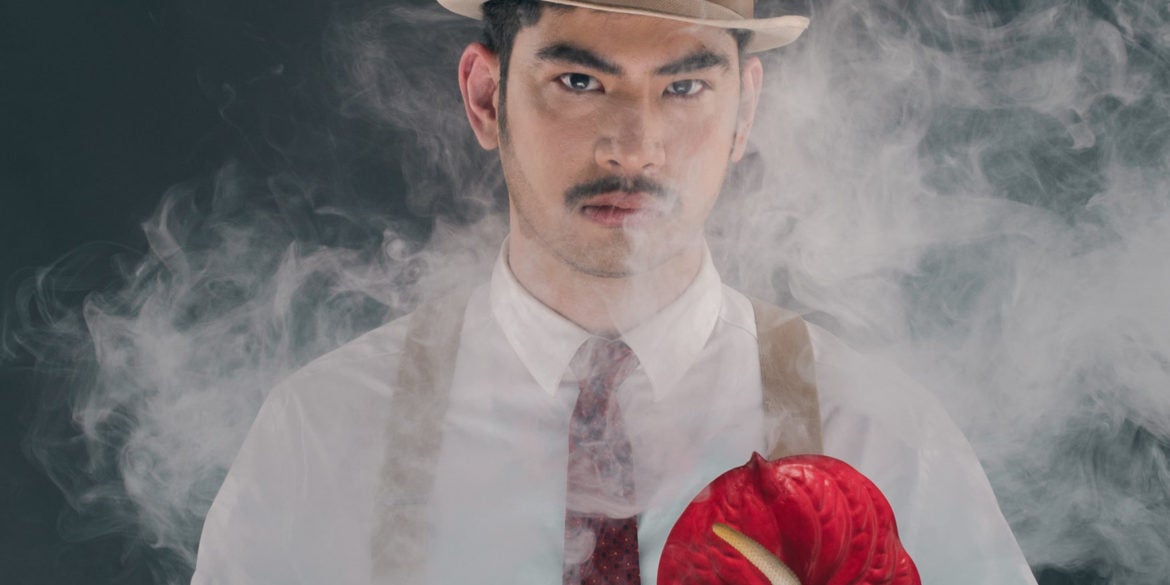 Director Joey Mendoza considers it a rare treat to do a play written in English for actors of color... ‘to include the prospect of merging our Filipino heritage in a way I could never in Broadway’

Repertory Philippines’ (Rep) “all-Tagalog” cast for Nilo Cruz’s “Anna in the Tropics” sets this production apart from the company’s roster of plays.

The familiar tisoy faces that audiences have come to expect (with an occasional British or Filipino-American actor in the mix) are mostly absent. Taking their place are their equally veteran peers who have cut their acting teeth in companies such as Tanghalang Pilipino (TP) and the Philippine Educational Theater Association (Peta), which are known for tackling mainly Filipino fare in Filipino language.

While the play itself fiddles with the impact of literature on a struggling community (one of Rep’s favorite themes), its Pulitzer Prize for Drama in 2003 suggests it is far from being a lightweight dramedy.

Tensions rumble under the surface of a seemingly ideal town in Florida in the 1930s, and erupt upon a visitor’s regular reading of Leo Tolstoy’s classic novel “Anna Karenina.” Resentments, bitterness, repressed lusts and every other negative experience suddenly emerge, demanding an accounting from the characters.

Helming the cast to take on this extended family squabble induced by the power of the spoken word is newbie director Joey Mendoza, who also does double duty as production designer.

Based in New York, Mendoza is known to Metro Manila theatergoers for his design work in“Little Women,” “Blackbird” and “Full Gallop,” among others.

Mendoza explains how his vision of the play flows seamlessly with its distinctive casting: “I decided to treat the theater as a medium for facing realities, as a mirror to reflect the struggles and triumphs of the ‘real’ world. It’s a rare treat to be able to do a play written in English for actors of color, to have a chance to expand the playwright’s premise of a blended culture, and to include the prospect of merging our Filipino heritage and sentiments in a way I could never conceive in a Broadway production.”

He elaborates about the choice of performers: “There was a certain style I was looking for in casting this show. While I certainly did not cast based on physical type, there was a quality in these actors that brought an authenticity it needed—to make it more relatable. I want the audience to know who those people are on stage. We might very well forget that the story is about a Cuban-American family. It’s a family going through the same trials our families have gone through. They could very well be Filipino, and the play, set in Manila in the ’20s.”

Mendoza has a helping hand in Rep artistic director Liesl Batucan, who reveals the influence of her previous stint in the Cultural Center of the Philippines a few years ago. Batucan says, “When I was TP associate artistic director, my creative horizon and entire perspective widened in terms of artistic taste and sensibilities. It was enriching to meet all these artists who I hadn’t had the chance to engage with. ‘Anna’ is the perfect opportunity for Rep to embrace these artists in this totally joyous process of collaboration and artistic exchange and community.”

Gie Onida brings “an earthy patriarchal energy,” says Batucan, to the role of Santiago, the owner of the cigar factory where the play’s disgruntled immigrant workers get their first taste of so-called highbrow literature. Roles like the hypersensitive museum curator in TP’s “Manila Notes” and the shrewd subdivision owner in Peta’s long-running “Rak of Aegis” have revealed Onida’s acting range.

At the heart of the maelstrom is Santiago’s wife Ofelia, played by Madeleine Nicolas whom Batucan describes as “buoyant and grounded at the same time.” A Dulaang UP (DUP) and TP alumna, Nicolas has done varied roles that included a nervous mother meeting her daughter’s foreign boyfriend in Virgin Labfest’s “Nothing But Dreams” and the loyal spinster daughter in TP’s ”Mga Ama, Mga Anak.”

Gab Pangilinan, who was electrifying as the young Joy in Full House Theater Company’s “Ang Huling El Bimbo,” is Marela, the daughter of Ofelia and Santiago. Batucan describes Pangilinan’s take on the role as one with “refreshing naivete and wide-eyed innocence, and at the same time, an old world insight way beyond [the actress’] years.”

Playing Marela’s sisterly foil Conchita is Skyzx Labastilla, whom Batucan expects to tackle her character with “authenticity” and “precision.” Labastilla impressed audiences as an abuse victim trying to climb out of her anguish in DUP’s one-woman show “Ang Dalagita’y ’sang Bagay na Di-buo.”

Brian Sy, who gives his characters swagger, sensitivity and smarts, plays Palomo, Conchita’s husband. Sy was the noble prince in Peta’s “The Tempest Reimagined” and the charismatic general Aufidius in TP’s “Coriolano.” Batucan likens Sy’s Palomo to “simmering heat kept under a lid with the potential to explode—but will he or won’t he?”

Finally, Ricardo Magno plays Juan Julian, the lector-cum-catalyst whose passion for Tolstoy turns upside down the world of the people around him. Batucan believes that Magno’s enigmatic character will be made more mysterious by the actor’s “intellectual curiosity”; after all, Magno is no stranger to handling themes of reality and illusion, having played the disenchanted, younger son in TP’s “Pahimakas sa Isang Ahente.”

Mendoza promises that this embattled family will take the audience on an unpredictable journey, to say the least. “There’s a lot of uncharted territory in terms of staging and storytelling. The same goes for the casting. We need more English-language plays about people of color, and there are many ways of telling [them]. This play breaks stereotypes.” —CONTRIBUTED

Following the Metro Manila lockdown due to the COVID-19 outbreak, this production, originally scheduled to run Mar. 13-Apr. 5, has been canceled.