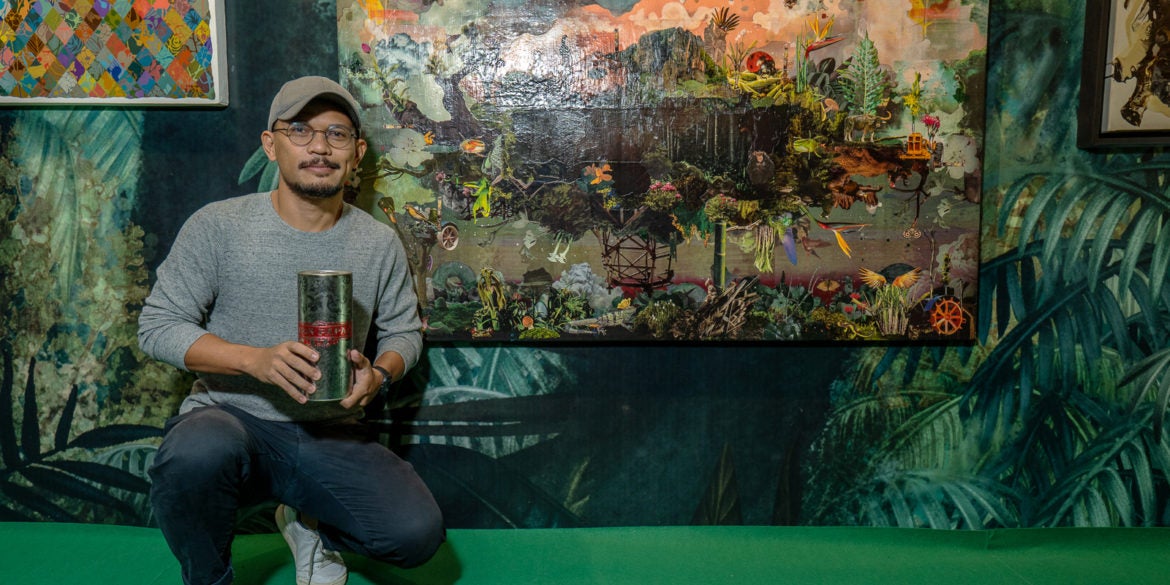 Don Papa Rum is a small-batch rum from Negros Occidental, commonly referred to as “Sugarlandia.”

“My work portrays Sugarlandia as a magical place pulsating with life and floating over a sea of clouds,” said Abing.Joseph Ingking’s “Flora Fauna de Sugarlandia” won the People’s Choice and Artistic Merit Awards, while Daryl Feryl’s “Eden” got the Masskara Award.

Said Erica Larkins, Don Papa Rum brand manager for the Asia Pacific: “This year’s grand winning piece serves as a testament that we have an abundance of untapped artistic talents that we can be proud of, and The Bleeding Heart Rum Company is thrilled to be at the center of the emerging local art scene in the Philippines.” INQ