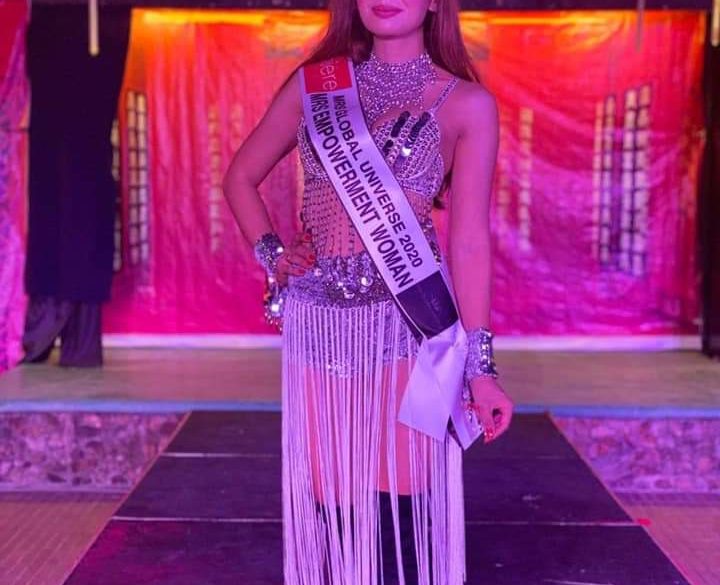 Rosenda Casaje of the Philippines is ‘Mrs. Empowerment Woman’ at the 2020 Mrs. Global Universe pageant in Singapore. QUEEN OF HEARTS FOUNDATION PHOTO

Wearing a beaded bra and fringed skirt, the 30-year-old registered nurse performed a Latin dance number for the pre-pageant contest staged a day before the coronation night.

During the final ceremonies held at The Country Club of Singapore on March 15, Casaje finished in the Top 10. The Siberian delegate topped the competition among 25 women from all around the world.

Casaje, who markets beauty products in Malolos, Bulacan, is expected to return to the country within the week. But unlike her send-off last week, no fanfare is expected to greet her at the airport, because of the government-imposed “community quarantine” to address the health emergency related to the COVID-19 pandemic.

Mitzie Go-Gil, executive director of the Queen of Hearts Foundation Inc. that sent Casaje to Singapore, congratulated the Filipino delegate for the accomplishment.

Casaje was screening for the 2020 Queen of Hearts Philippines pageant, when she suddenly found herself packing for her first pageant assignment abroad.

Go-Gil said the organization was pressed for time to select a Philippine representative, so the international organizer chose Casaje from among this year’s applicants to the national competition.

The 2020 Mrs. Queen of Hearts Philippines pageant was supposed to be staged at Teatrino at the Promenade Mall at the Greenhills Commercial Complex in San Juan City on April 3, but was postponed amid the COVID-19 scare.