To our gallant COVID-19 front liners, the world owes you debt of gratitude | Inquirer Lifestyle 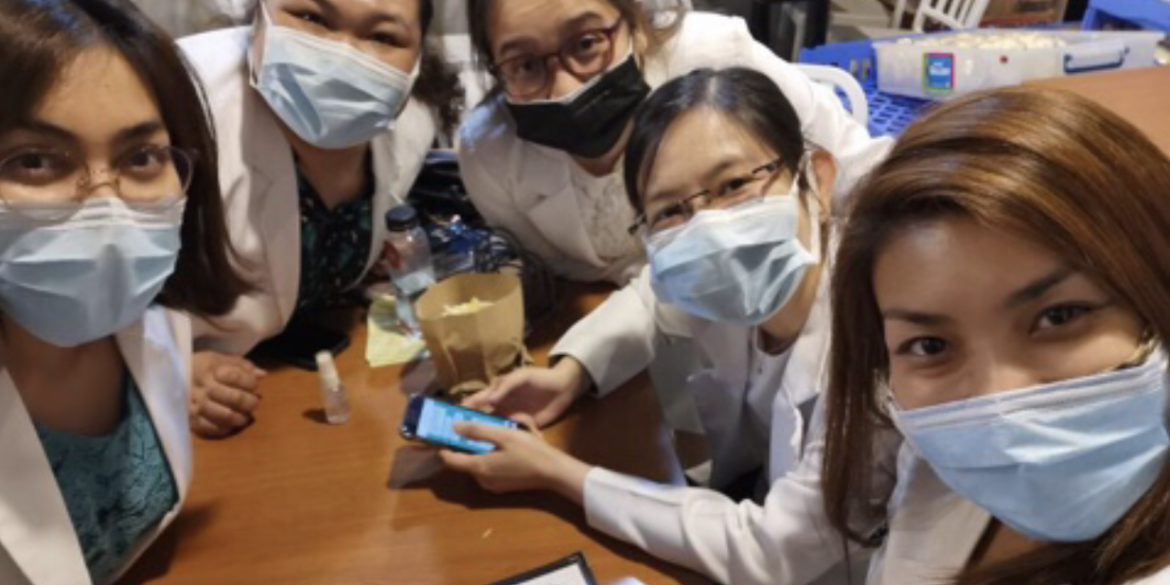 Young doctor front liners at Manila Doctors Hospital take a breather from work. The number of available front liners is dwindling, with some under mandatory quarantine.

To our gallant COVID-19 front liners, the world owes you debt of gratitude

It’s a war against an enemy the world is ill-prepared to repel, an enemy so minuscule yet so virulent that it sometimes makes humanity react with impetuosity, despite scientific advancements over the centuries.

This war against COVID-19 is much tougher than we anticipated. It’s backing humanity into a corner, as more than 100,000 worldwide are now afflicted, and 4,000 dead from it.

In the Philippines, as of this writing, 52 have been confirmed to have tested positive, with five deaths, or a mortality rate of 9.6 percent. This is 2.8 times higher than the global death rate of 3.4 percent.

The statistics are rapidly changing, as hundreds are still being investigated or monitored—persons under investigation (PUI) and persons under monitoring (PUM).HumblingIt may be humbling to admit, but the medical communities around the world and many governments found themselves inadequately prepared for this pandemic. No one could really claim to have any firsthand experience in handling pandemics, as the last one was 102 years ago—also caused by a flu virus. It affected more than a quarter of the global population then, and killed millions.

One dreads to imagine the extent that the COVID-19 pandemic could reach if not effectively controlled. We’re just in the early phase of the pandemic which may take a year or two, probably longer, to control. The flu pandemic of 1918 took almost three years to control.

While medical science is still looking for the cure and the vaccine to prevent it, doctors, nurses, lab technicians and other paramedical personnel man the front lines. They are the unsung heroes of this war, gallantly attending to the afflicted, putting their own lives in peril.

In Wuhan, China, where the COVID-19 pandemic started, several doctors have already died in the line of duty. The first doctor-casualty was Dr. Li Wenliang, 34, the heroic “whistleblower” who tried to sound the alarm so that the rest of China and the world could prepare. He was instead rebuked by the police.

In the Philippines, young doctors, nurses and laboratory technicians are gallantly risking their lives attending to suspected and confirmed COVID-19 patients. With sometimes limited personal protection, they do the swabs to collect specimens, extract blood and inject intravenous medications. In the case of the five deaths in the country, the local medical team performed cardiopulmonary resuscitation on the patients to try to save them.

We don’t have a medical casualty yet, but a young male doctor, who’s in training, is in critical condition in one of the hospitals in Metro Manila after being exposed to a patient who had tested positive. Gallant front liners

More than 50 doctors, nurses and other paramedical personnel are now under investigation, and scores of others are under monitoring following their exposure to COVID-19 patients. “These gallant front liners are doing their duties the best way they can,” said Dr. Joel Abanilla, director of the Philippine Heart Center, where the fifth casualty, an 88-year-old hypertensive patient, succumbed to acute respiratory failure on March 11.The hospitals are following protocols strictly to attend to confirmed and suspected patients, and also to protect their medical and nursing staff.

At Manila Doctors’ Hospital (MDH), where the first Filipino casua lty was confined, the necessary safeguards had been in place even before the confinement of the two confirmed cases.

“Prior to admission of these patients, prescribed safety protocols, appropriate and stringent measures were already in place to prevent the spread of the disease,” said Elizabeth Dantes, MDH president, and Dr. Mario Juco, medical director, in an advisory to the hospital staff.

Nevertheless, all of the hospital staff exposed to these patients were placed under quarantine. They have also coordinated closely with the Department of Health for a thorough contact tracing.

“The health and safety of our patients and staff remain our priority,” said the advisory.

How long can our gallant front liners last?

We have only 52 confirmed cases and several hundred patients under investigation or monitoring. Yet, based on feedback from consultant colleagues in various hospitals in Metro Manila, we’re nearing maximum capacity.

“It’s truly a very difficult time for us,” said Dr. Ernestine Chua, chief resident of the Department of Internal Medicine at MDH, in her text message to fellow residents, fellows and consultants in their Viber group. “Everyone is tired, physically, emotionally and mentally, but we will persevere.”

Dr. Chua and the other medical residents under her are working hand in hand to adapt quickly to the new working exigencies, while keeping themselves protected and safe.

“We have dwindled as some of our residents are in quarantine, including me, but we will continue to do our best,” said Dr. Chua, 29, a graduate of the University of Santo Tomas.

Although under quarantine, she continues to lead remotely her team of 49 medical residents. “Adjustments of workloads per shift were done to encourage our residents to rest and allow adequate recovery after a toxic (hectic) duty,” she pointed out.

She added that “hygiene breaks” are scheduled to minimize the spread of infections from those exposed to other patients. All resident doctors are also reminded to don proper PPE during rounds with COVID-19 cases.

The doctors, nurses and other healthcare workers are really putting themselves at risk to care for sick patients during this pandemic. They work sometimes for more than 24 hours, without any sleep.

I’ve seen the doctors at MDH, still with their enthusiasm to do the rounds with us despite having gone on 24-hour duty. As we, the senior consultants, get our mandatory rest by midnight so we could be back at work by morning, they continue to man the front lines way past the wee hours, ready to attend to the next patient rushed to the emergency room, some of them with COVID-19 symptoms.To all these gallant COVID-19 front liners here and abroad, the world owes you a debt of gratitude. We’re short of words to aptly describe your dedication and valor. You’re truly our modern-day heroes. INQ