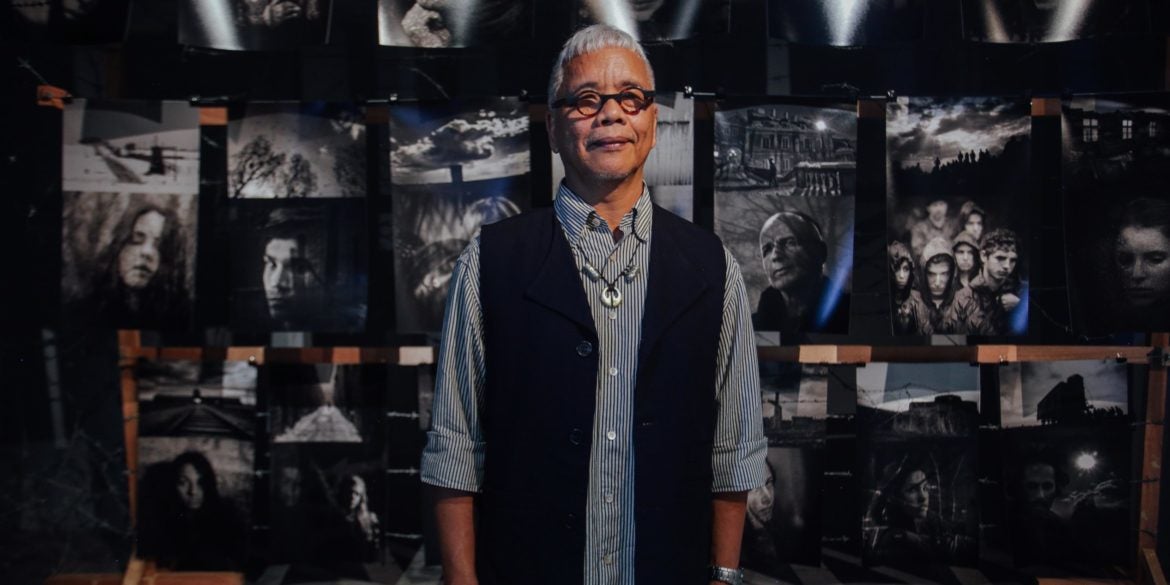 It’s a seeming paradox: At a time when nearly everyone takes photographs, thanks to the cell phone, and is able to exhibit them to a global audience, thanks to online social media platforms, appreciation for fine art photography is also at an all-time high.

Swamped as we are by visual images in our day-to-day lives—through the internet, film and television, advertising—exceptional images still manage to capture our attention and communicate their intent. Rather than being blunted by the onslaught of imagery, our visual acuity seems to have been sharpened even more.

One takeaway from the recent Art Fair Philippines was how seamlessly photographic works blended in with the rest of the art on exhibit.

The art fair’s photography section has continued to expand since it was opened three years ago, and some photographic works even have begun to migrate to the regular gallery.

With growing interest in photography among art collectors—as evidenced by a Marc Nicdao photograph fetching a reported P1.8 million in an art auction two years ago—these are exciting times for Philippine photography.

Cinematographer and still photographer Nap Jamir, who started exhibiting his work in 1974, gave the discussion a much-needed historical context when he credited artists and curators Ray Albano and Bobby Chabet with encouraging photography as art during their stint at the Cultural Center of the Philippines in the 1970s.

“They pushed photography beyond the boundaries of traditional salon photography or reportage,” he said.

According to Melbourne-based Emmanuel Tolentino Santos, “What we have is a wide spectrum of disciplines in the way we tell our stories, sing our songs, recite our poetry through our images. Each individual has a way of showing the horizons of each theme or topic that they have selected. In that way we see the different processes and practices and ways of actualizing these concepts. The beautiful thing about it is, that language is so personal and so individual, but there’s one constant thing—the truth and authenticity of each individual in creating the works.”

His series “Shadow Earth” was exhibited by the Singapore-based Art Porters Gallery at the art fair. He also has work in “Not Visual Noise.”

Santos, who left the Philippines nearly 45 years ago, has documented the rituals and traditions among exiled communities. Photography, he says, was “my way of coming home. It was the only way for me to be comfortable in a strange place, a strange land. And to understand where I came from, and try to hang on to that.”

Navarroza’s striking series “Self-Portraits and the Tropical Gothic” was shown by the Silverlens Gallery at the art fair’s photography section. She is also exhibiting a photographic installation at “Not Visual Noise.”

“As an artist living in this time and working with a camera, working with photography is always fraught with anxiety because the medium keeps changing, and the desires keep changing,” she said.

She started with black-and-white images, captured on film and manipulated in the darkroom, and from there moved into digital works, “treating a flat surface the way an artist will work with a canvas.”

“At the end of the day, photography for me is a malleable medium,” she added. “Here I am in the context of documentary photography, but I can sit very well in conversations about fine art and other actuations of contemporary times… As an artist, I respect the work of concerned photographers, but I also want to underline personal experience as well, because microhistories matter, and our personal expressions matter also in the discourse of history… We all belong to a line of history whether we are aware of it or not. We’re all making different versions of ourselves… You have to ask yourself: Who am I as an image-maker? Am I authentic to my country? There’s this kind of unwritten question: How Filipino are you? In the end I’m always asking that of myself.”

Dalena’s politically charged work makes abundant use of photographic imagery, yet she is still uncomfortable with calling herself a “photographer.”

“I consider myself a visual artist,” Dalena said. “My focus is cinema, sculpture and installation.”

She got into photography mainly because it was a requirement for her cinematography course, she says. At one point, when she and her crew were arrested and held by the military during a project, her camera was confiscated by none other than Gen. Jovito Palparan (now serving a life sentence for kidnapping and “disappearing” activists during his reign of terror).

“I decided that I do like being forced to be creative,” Dalena recalled. “That was when I started looking into archives and existing photographs, and work on the surfaces of these photographs to come up with my reflections or ideas on how they can impart meanings that are embedded in the material itself.”

In a project on desaparecido Jonas Burgos, for instance, she took old family photographs and deleted the image of Burgos to call attention to his abduction. In another series called “Erased Slogans,” she took archival photographs of student demonstrations from a premartial law newspaper, and erased the slogans on the placards, perhaps to call attention to how dissent was silenced during that era, or perhaps calling upon present-day viewers to insert their own protest into the voids.

Dalena’s series “Life Masks,” on exhibit in “Not Visual Noise,” consists of photographs of families of victims of the current administration’s war on drugs. Each person is wearing a plaster-of-Paris life mask, their features at once obscured and revealed.

“‘Life Masks’ is influenced by my ideas about sculpture and portraiture,” she explained. “When I was taking photographs of political figures, beginning with Jose Maria Sison, I decided I would like to make his mask, as well. It’s a way of prolonging the process of taking a photograph, which often takes away intimacy because it only takes an instant, and sometimes you feel that a portrait cannot really reveal a person. This time, it had another layer of meaning to it. It was no longer about questioning, about anonymity, but about the need to become unidentifiable, as well.”

The camera, Dalena said, was her way of overcoming being introverted and shy in order to learn about social conditions.

“It became a way for me to engage,” she said. It was, however, a different kind of engagement than is practiced by photojournalists and documentary photographers who are limited by the conventions of the form.

“I see the advantage or privilege of being able to step back and look at photographs, and see how they can be read differently or transformed which runs counter to the practice of journalism.

“There is a freedom and power in not having to think of how your work will be perceived, or if it will be sold. I really push for this idea that we have to forget about the art market, or getting recognition. We just have to focus on the work itself, the ideas.”