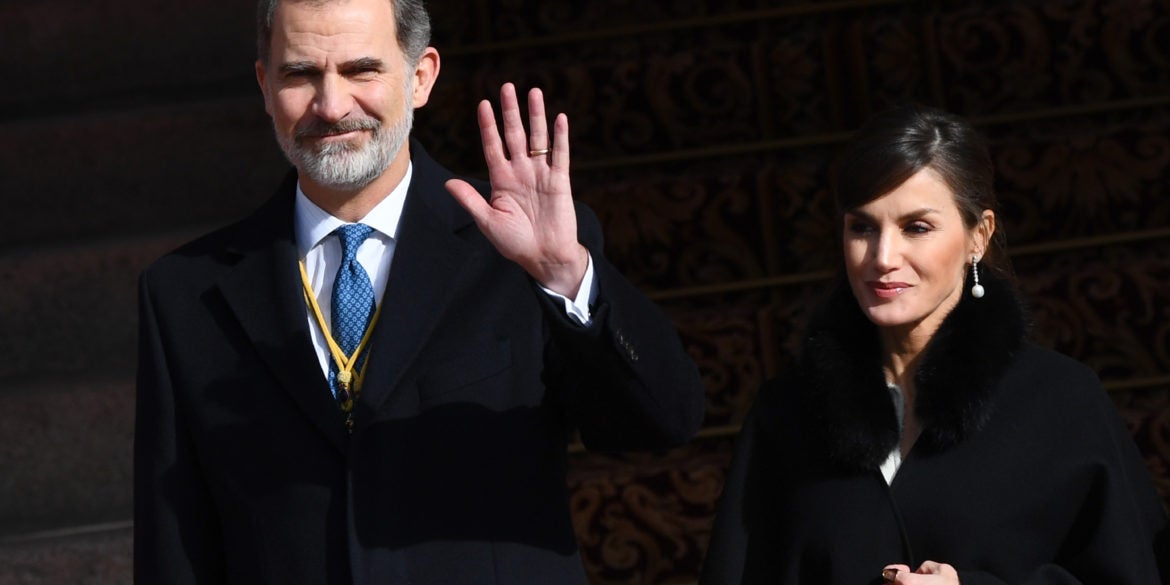 Spain's King Felipe VI and Queen Letizia arrive for the opening ceremony of the Spanish 14th legislature at the lower house of parliament, on February 03, 2020 in Madrid. (Photo by GABRIEL BOUYS / AFP)

Spanish royals cancel US visit due to coronavirus

Spain’s King Felipe VI and Queen Letizia cancelled Wednesday a planned visit to the United States on April 21 where they were due to meet with US President Donald Trump due to the coronavirus outbreak.

The royal palace said in a statement that the goal was to allow “the United States and Spain to continue to dedicate all of their resources and attention to the response to COVID-19.”

Trump and his wife Melania hope to host the Spanish royal couple in the United States in the future, the statement added.

Spain is the fourth hardest-hit nation in the world by the coronavirus pandemic, with over 13,700 confirmed cases as of Wednesday and the number of deaths rising to almost 600.

The nation of around 46 million people is on a near total lockdown since the weekend, with people allowed out of their homes only to buy food, medicine or to go to work if they can not do so from home.

The king is scheduled to deliver a televised address on Wednesday about the health crisis.

The speech comes after he on Sunday sought to distance himself from his scandal-hit father by stripping him of his palace allowance and renouncing what he was due to inherit from him.

Both Felipe and his wife Letizia, a former television news anchor, underwent coronavirus testing earlier this month after taking part in an event that was attended by a cabinet minister who tested positive for the disease. They both tested negative.

Cover image: Spain’s King Felipe VI and Queen Letizia arrive for the opening ceremony of the Spanish 14th legislature at the lower house of parliament, on February 03, 2020 in Madrid. (Photo by GABRIEL BOUYS / AFP)