A play of hope from PETA | Inquirer Lifestyle 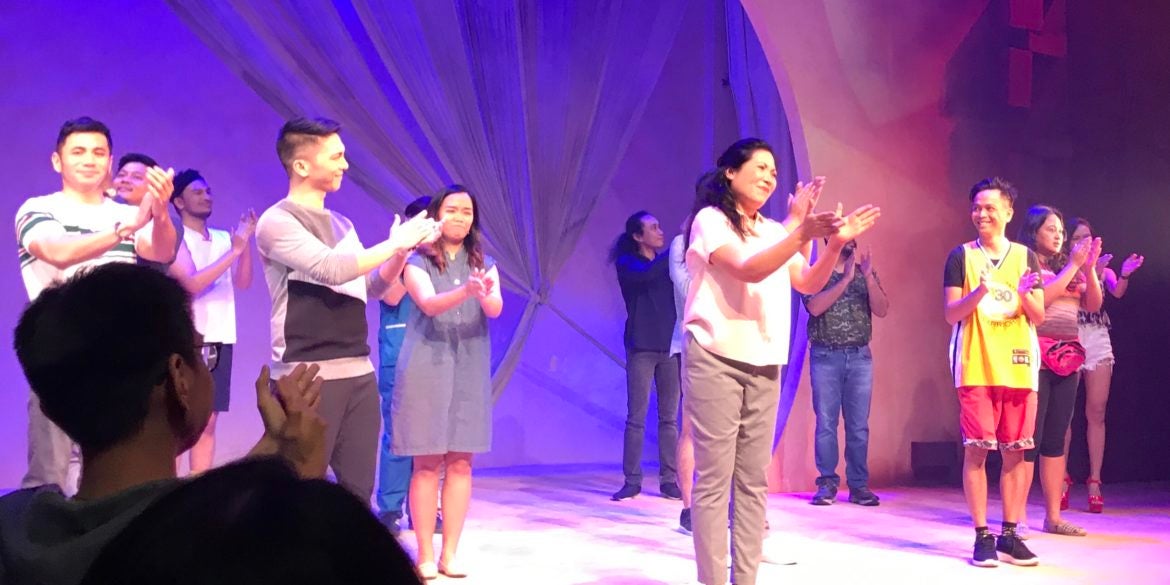 A play of hope from PETA

“Under My Skin” is an advocacy play of hope for people living with HIV (plHIV), presented in a simple and informative anthology format.

According to the global organization Unaids, there are over 70,000 Filipinos with the human immunodeficiency virus (HIV). But before they get better, plHIVs can have “opportunistic infections” such as pneumonia and tuberculosis. If left untreated, HIV can damage the immune system badly and develop into acquired immunodeficiency syndrome—or the dreaded AIDS. There is no cure, but there are free treatments, and “Under My Skin” encourages people to do two things: show up and get tested, and understand the disease.

The Philippine Educational Theater Association’s (Peta) staged “Under My Skin” as a part of its Acting on HIV campaign. Written by Rody Vera and directed by Melvin Lee, the one-act play ran until March 8 at the Peta Theater Center in Quezon City (cut short by the COVID-19 pandemic).

Not a ‘gay disease’

“Under My Skin” starts off by clarifying that HIV can affect anyone—gays, men, women, professionals, even children. The heart of the narrative is the epidemiologist Dr. Gemma Almonte, played by Cherry Pie Picache alternating with Roselyn Perez. Dr. Gemma rallies on treating her patients and scolds them when they start drowning in the “drama.”

“Dr. Gemma reminds her patients to focus on getting better instead of wallowing in their compromised relationships,” Lee explained. “She is concerned with everyone’s status, and monitors their health without judgment.”

As Dr. Gemma said, the stigma is the real sickness: “Ang tunay na sakit ay ang kitid ng utak.” “Under My Skin” explains HIV in the Filipino setting. Facts are simplified, and scenarios are often funny and reassuring. It discusses how a “pusit” (gay slang for plHIV) can still lead a normal life, and reinforces the importance of an accepting family to avoid self-stigmatization.

“There is so much shame because we are a Catholic country. A plHIV does not have to be out, nobody needs to know, but it is important to seek treatment,” Lee said.

Free HIV testing Visually, “Under My Skin” staged delicate scenes through graceful aerial silk dance. Lee said it was tricky showing lovemaking to a younger audience (the play is for age 16 and up), so he had to “be very abstract, and using fabric as a metaphor for the skin was the most logical.”

HIV testing is offered for free on the second floor of the Peta Theater. So what happens when one gets a “reactive” result?

“Counseling follows,” Bugarin said. “Love Yourself has counselors to make sure that the person processes the information.”

Dr. Tagal added that public awareness and addressing the mental health of the plHIVs are important, because “people make fun of things they don’t understand.”

A Department of Health report said that as of June 2019, there are 35 new cases of HIV diagnosed every day. Peta’s “Under My Skin” aims to demystify HIV, and hopefully, educate Filipinos on compassion and responsibility.

As of this writing, Peta is holding “Let’s Get Creative” online classes for free on its Facebook page, www.facebook.com/petatheater