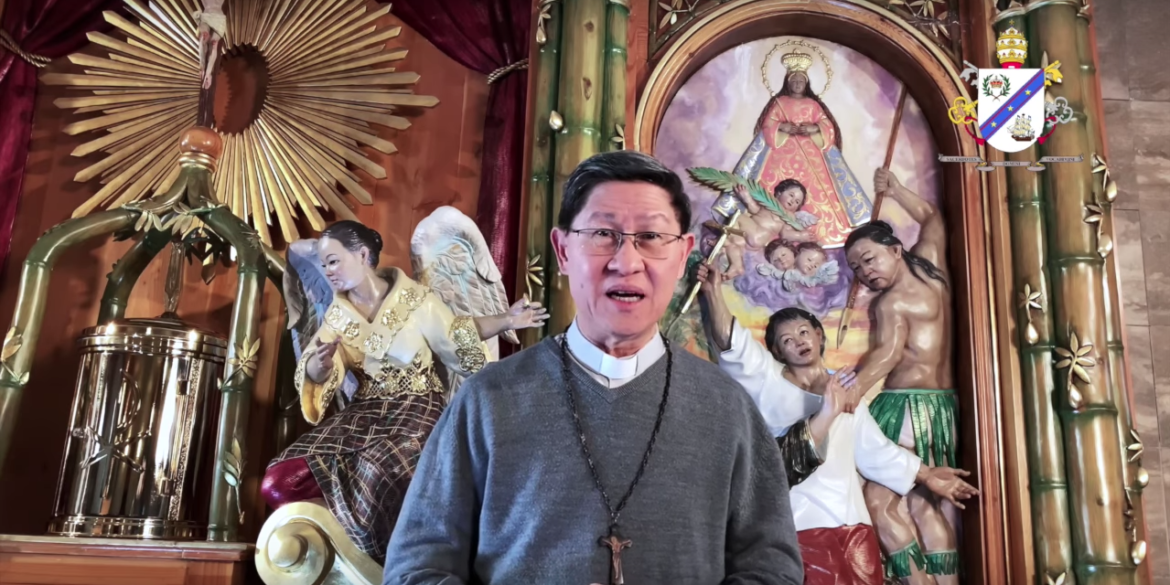 But it hasn’t been just doom and gloom for the Universal Church. And Filipinos may be showing the way out of the dilemma

These are unholy hours for the Catholic Church worldwide as the pandemic has compelled governments to declare a lockdown and prohibit public assemblies, including Masses, to stem the contagion.

Even Italy, with the Vatican City State, has declared a lockdown.

Italy has the biggest number of COVID-19 cases, second only to China. As of March 18, the death toll in Italy has surged past 2,500. The most affected is the Lombardy region where Bergamo and Milan, Italy’s industrial and financial hubs, are located.

The Archdiocese of Milan is the biggest diocese in Europe and has the most number of priests—2,600, a third of them seculars, the rest religious. Some of Milan’s clerics and religious have contracted the virus.

In a March 15 letter to the “Dominican Family” of priests, cooperator-brothers, sisters and laymen worldwide, Fr. Gerard Francisco Timoner, the Filipino master general of the Order of Preachers (OP) based in Santa Sabina in Rome, admitted as much: “As you know … Italy is suffering gravely due to COVID-19. Some members of the Dominican family in the north of the country have contracted the virus.”

In Rome, capital of Christendom, Pope Francis has banned public Masses. On March 15, the Pope went unannounced to the Basilica of Santa Maria Maggiore to pray to the Madonna.

Vatican officials said the Pope prayed for an end to the pandemic and for the sick, their families and health providers, as well as workers keeping pharmacies and food stores open amid the Italy-wide lockdown.

The Pope then walked along one of Rome’s main streets to visit the Church of San Marcello al Corso. There he prayed before a wooden crucifix said to have protected Rome from a great plague in 1522.

But it hasn’t been just doom and gloom for the Universal Church, often derided for emphasizing suffering and the Crucifixion rather than hope and the Resurrection. And Filipinos may be showing the way out of the dilemma.

On March 15, a week after announcing the postponement of the Lenten recollection for Filipinos in Rome to be presided by no less than former Manila Archbishop Cardinal Antonio Luis Tagle, the Pontificio Collegio Filippino announced that the recollection would push through, after all—but online.

Earlier, on March 11, Collegio Filippino, the residence of Philippine clerics and religious studying or working in Rome, uploaded Cardinal Tagle’s video address from its own chapel.

Appointed by Pope Francis as the new prefect of the Holy See’s Sacred Congregation for the Evangelization of Peoples, which screens nominees to bishoprics, Cardinal Tagle urged Filipinos in Rome to contribute their share in helping Italian authorities stem the pandemic by observing proper hygiene.

Noting that the lockdown was happening during Lent, Cardinal Tagle urged Filipinos to practice fasting and abstinence, and to pray and do “works of mercy” such as extending help to virus victims and their kin.

Even earlier, on Jan. 29, the Philippine Church was ahead of other churches in the world in issuing an Oratio Imperata, a prayer against the outbreak: “God our Father, we come to you in our need to ask your protection against the 2019 N-coronavirus that has claimed lives and has affected many.”

The prayer was issued by the Catholic Bishops Conference of the Philippines (CBCP) and introduced in all churches on Feb. 2, feast of the Presentation of the Lord.

The banning of public Masses starting March 16 led to a new appreciation of TV Maria, the Catholic cable channel, which broadcasts the Mass every Sunday.

“We stream our Mass at 3 p.m. and have a recitation of the Holy Rosary every day at 6 p.m.,” said Dominican Brother Eugene Aboy of the Santo Domingo Church in Quezon City. (Follow on Facebook: Dominican Province of the Philippines Official.)

Masses at Santo Domingo Church and the Minor Basilica of Our Lady of the Holy Rosary in Pangasinan are also livestreamed on the Facebook page La Naval de Manila.

Father Timoner said Filipinos could also check out Dominican new-media preaching endeavors offering online liturgical services and spiritual reflections, such as Torch (weekly homilies of the Dominican friars of England) and Godzdogz (blog of the Dominican student brothers of Blackfriars, Oxford), from the website of the Dominicans of England and Scotland (https://www.english.op.org/).

Filipinos can also tune in to the Dominican podcast, Godsplaining: https://opeast.org/godsplaining/.

Meanwhile, the CBCP News Online has published the schedule of online Masses of churches across the country: https://cbcpnews.net/cbcpnews/latest-news/.

Bishop Broderick Pabillo, apostolic administrator of the Archdiocese of Manila, said the pandemic should not exempt Catholics from observing Lent.

“Let us go to the core meaning of our rites,” he said. “Let us not be sidetracked by the coronavirus in living the season of grace this Lent.”