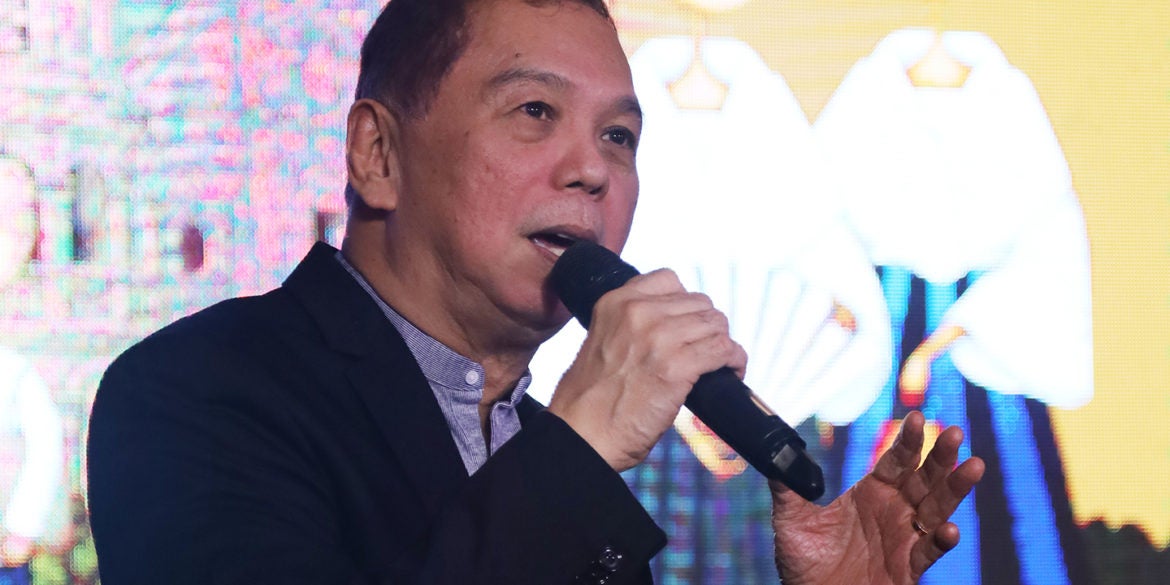 Dominic Rubio took some time going back to artmaking after surviving a heart attack six years ago. This was probably why art aficionados were excited when Galerie Joaquin announced that the artist was making his biggest comeback in line with the celebration of his 25th year in the art industry.

His latest exhibit, “Dominic Rubio Mondial,” was a one-day invitational affair at Peninsula Manila’s Rigodon Ballroom last March 5. Patrons were quick in getting hold of the new works. In just a matter of minutes after opening the show, the 28 paintings and 36 sculptures were almost sold out.

The show was divided into three sections: Ode to Old Manila, a series on the Chinese-Philippine heritage, and another series on plantation life. These themes were personally chosen by the artist because the topics were close to his heart.

“I’m so inspired to paint the past because it was beautiful and romantic,” Rubio said. “Old Manila is commonly done by artists, but I want to bring a different dimension to it. [I want] a different version.”

Rubio’s Chinese-Philippine ancestry could be traced to the family line of his grandfather while his love for farming and the pastoral was cultivated while he was working in Davao and traveling all over Mindanao.

Rubio’s paintings easily captivate viewers because of his signature characters—Filipinos with big heads and elongated necks. They might seem comical but the artist balances the rather bizarre effect of the figures by dressing them up in Old Manila costumery. Rubio said he would pay much attention to the details of the sophisticated attires of his subjects and the architecture on the background.

This exhibition likewise paid homage to Manila’s built heritage with its depictions of the old Times Theater in Quiapo, Intramuros and the Manila Post Office. In “Jones Bridge,” a Filipino couple flaunt the elegant floral designs in their barong Tagalog and baro’t saya.

The sculptures of the artist showed Rubio’s meticulousness and consistency. In “Fruit Vendor,” the spikes of the durians and the weaves of the baskets were meticulously formed to make realistic figures. The works, which were made out of brass, were the three-dimensional versions of his paintings. His subjects also had long necks.

Rubio, the master of neo-genre painting, graduated fine arts from the University of Santo Tomas. He used to work in advertising and then moved to Davao del Sur where became a graphic artist for a resort. While in Mindanao, he used his free time traveling and learning about the lives of the indigenous communities such as the Blaan, T’boli, Mandaya and Badjao.

His track record as a visual artist is exemplary. He’s a favorite among many local art collectors and has had successful shows abroad, including a sold-out exhibition in Singapore in 2006. In 2016, Rubio made a giant 8 x 27-feet mural titled “The Great Promenade of Philippine-American Friendship” for the Philippe Embassy in Washington.

“Dominic Rubio Mondial” did not only celebrate the artist’s 25-year career, but also highlighted his relationship with Galerie Joaquin, the organizer of the exhibit and a supporter of his art since 2003.—CONTRIBUTED INQ