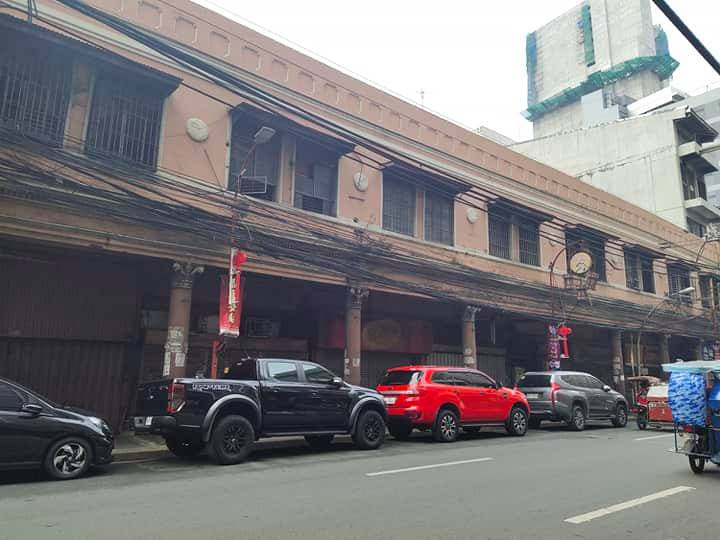 The National Historical Commission of the Philippines (NHCP) approved the demolition of the old Hospicio de San Jose building on Quintin Paredes Street in Binondo, Manila, given that a portion of the historic edifice is saved.

The Hospicio was an accessoria-type building, a popular type of apartment structure that emerged during the American period with business stalls at the ground floor and residential units on the second level.

It was completed in 1917 and designed by brothers Juan and Arcadio Arellano.

NHCP chair Rene Escalante said his agency allowed the demolition of the building provided that the facade is preserved by its developer Filinvest Land, Inc.

Preserving the facade or facadism is the same approach recommended by the cultural agencies on other Manila landmarks such as the Capitol Theater and Uy Su Bin building in Binondo and Life Theater in Quiapo.

However, this approach did not sit well with heritage advocates calling it as a quick-fix solution that erases the building’s significance.

“Understandably, it is cheaper to do this because it cuts cost of having to document the interior and even to physically restore it,” said a cultural agency official who requested not to be named.

The official added that in this approach, the “restoration process is a short cut to make it more cost effective for whoever is buying the old building and pretending to preserve heritage.”

Heritage expert Eric Zerrudo of the University of Santo Tomas said facadism is an approach in heritage conservation which maintains the façade and complemented by a new structure behind it and should respect the structure’s cultural importance and overlays such as proportion, volume and durability.

“Since the structure becomes palimpsest of narratives, the new narrative should respect and complement the old,” he said.“In the end, a superficial understanding of the approach leaves a weakened façade that eventually leads to demolition, a disproportionate or incongruous building, or an overwhelming new interpretation that decontextualizes the old façade,” he added.

In his study “Facadism: When Walls Talk and Lie,” Niall Patrick Walsh described the approach as a “tactic for developers to boost profits off the back of built heritage.” —CONTRIBUTED INQ