Will we ever get back interpretative-dancing Billie Eillish?  | Inquirer Lifestyle 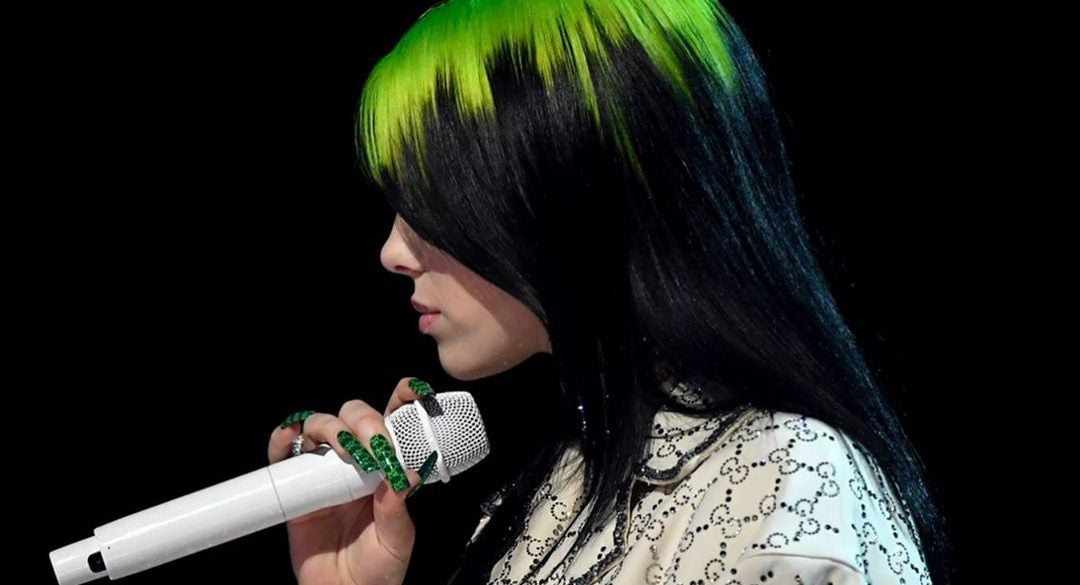 With Billie Eillish getting tapped to do a James Bond anthem (the youngest artist ever to do so), and after that historic Grammy sweep, it’s no doubt we’re living in the Billie Eillish epoch.

We can perhaps roughly trace back Year Zero to 2015, when “Ocean Eyes” was uploaded to SoundCloud.

A year later, a dance performance music video came out, showing Billie Eillish dance like we won’t see her do again anytime soon.

What has Billie been up to since? Well, 2017 was all about walking down a long road, hanging out on a very tall ladder, and getting burned at the stake; 2018 was the year of wearing white, a pas de deux (finally!) in a white room, and orifice bleeding;  2019 was nightmares, soundtracking Calvin Klein underwear ads, falling from heaven, and a white bench; and this year, the siblings O’Connell show us sweet sibling love, and Billie rocks green hair so bright it lights up the world. A lot of things, but no more dancing.

It was an because of an injury incurred in the dance studio that unfortunately curtailed Billie Eillish’ longstanding passion.

In the Apple Music documentary, Billie Eillish says that movement helped her a lot with depression. “Dance is really my way of expression,” she says, “And that was always my way of getting everything out at once and not having to think about it, I could just go and move and everything would be great.”

We definitely miss the dancing Billie of yore. An idea: What about a CGI Billie doing cartwheels? Swan Lake? We’re invoking the bottomless font of Gen Z ideas to bring us back interpretative-dancing Billie Eillish!

In the meantime, here’s Ja’mie King dancing to Molly Sanden’s “Why Am I Crying”. Enjoy!