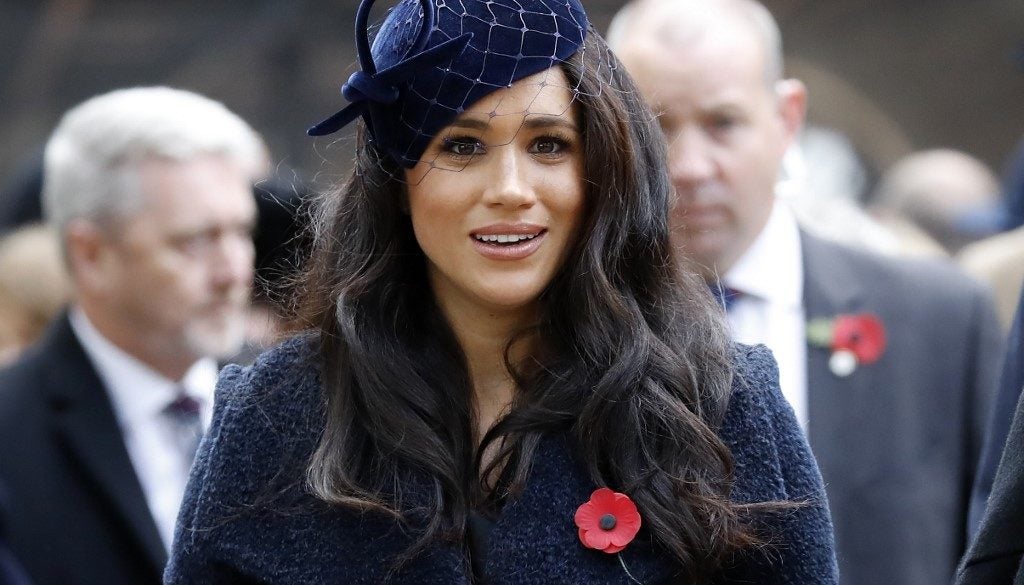 (FILES) In this file photo taken on November 07, 2019 Meghan, Duchess of Sussex leaves after paying her respects during a visit to the Field of Remembrance at Westminster Abbey in central London on November 7, 2019. - Prince Harry's wife Meghan will make an instant start to life away from Britain's royal frontline by narrating a new film about a family of African elephants, Disney announced on Thursday. (Photo by Tolga AKMEN / AFP)

Prince Harry’s wife Meghan will make an instant start to life away from Britain’s royal frontline by narrating a new film about a family of African elephants, Disney announced on Thursday.

The documentary will follow the family of elephants as they cross Africa’s Kalahari Desert. Its broadcast date is just three days after she and Harry will officially step down as senior royals.

“Disneynature’s Elephant, an Original Movie narrated by Meghan, The Duchess of Sussex, starts streaming April 3,” the channel said on its Twitter account.

The couple stunned the family in January by announcing their plans to quit the royal frontline and move to North America.

“You know she does voiceovers?” he told Iger at the London premiere of “The Lion King” in July last year. “She’s really interested.”

Iger was heard to reply: “Sure. We’d love to try.”

Both Harry and Meghan are dedicated to environmental causes and are looking to develop their charitable foundation as part of a “progressive new role”.

They will now formally be known as “Harry, The Duke of Sussex” and “Meghan, The Duchess of Sussex”.