Dr. Sally Gatchalian: ‘As beautiful on the inside as she was outside’ | Lifestyle.INQ ❮ ❯ 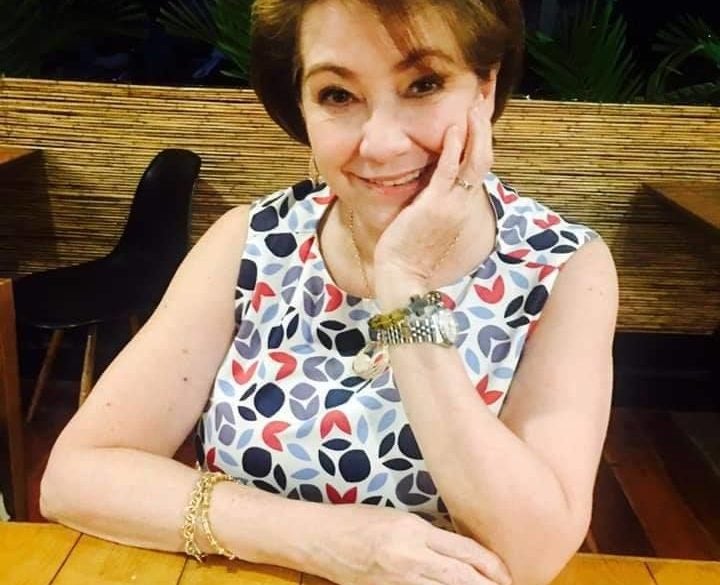 Dr. Sally Gatchalian: ‘As beautiful on the inside as she was outside’

Her bright and cheerful presence could fill an entire room. From her patients and their families, to her mentees, colleagues, friends and family—they all loved her.

She was also one of the brightest lights in Philippine pediatrics and pediatric infectious diseases. Last March 26, that light was snuffed out by the very disease she was protecting so many against.

But the lights have been dimmed only momentarily. For Dr. Sally Gatchalian—Doc Sally to many—left a legacy that will go beyond death.

She was descended from the Rodriguez clan of San Marcelino, Zambales. The late actor, Miguel Rodriguez, was her second cousin.

From an early age, her family could tell that she would be an achiever. Her cousin, Michael Rodriguez, recalls how, as a young boy, he would be in awe of her. “We would spend our summers in Zambales. She was very beautiful, very fair, almost blonde. What always struck me was how at ease she was with everyone, even with the common folk.”

Doc Sally was one of the older cousins in the Rodriguez family, very sociable and the life of the party.

After high school at St. Paul’s, she went to the University of the Philippines for medicine. Graduating with class 1977, she became a leading light in her field. At the time of her passing, she was president of the Philippine Pediatrics Society, and was assistant director of the Research Institute for Tropical Medicine.

Even given her stature, Doc Sally was humble, very caring and supportive of younger colleagues.

In the words of one of her mentees, pediatric diseases specialist Dr. Jing Aro, “From the moment I began my training in pediatrics, there was so much admiration. She was the epitome of beauty and brains with a very big and generous heart. Her achievements were intimidating, yet Ma’am Sally never made me feel like she was up there and I was a nobody. She was always giving. When I had doubts, she lifted me up. She took me into her team despite my lack of experience and inadequacies. She molded and trained me. When others would have feelings of uncertainty in my capabilities, she was always there to give me confidence and assurance that I could make it.”

“Ma’am Sally was as great as she was humble, as beautiful on the inside as she was outside,” says Dr. Carmen Nievera, one of her mentees who eventually became one of her closest friends. “She was as famous for her expertise as for her caring heart.”

She recalls how Doc Sally would go the extra mile to support her young colleagues. “When I started my practice as pediatric infectious disease specialist, one of my very first patients was the grandson of a senator. It was a case of dengue, and although technically I knew how to manage the case, I found myself hesitating at every decision because of the VIPs in front of me. Ma’am Sally traveled across Metro Manila and went to my hospital, talked to the VIP, and said something to the effect that they were in very good hands and quite lucky to have me as their physician. I was overwhelmed by this gesture. Her support was consistent and unwavering. Through the years, she was always there for me—no qualms, no airs, no big deal, just a ready ‘yes’ for things great and small.”

Doc Sally’s kindness extended not just to her colleagues, but to the other people who worked with her at various points in her stellar career. She was never one to tolerate bullying or unjust practices. She was the medical director of GlaxoSmithKline (GSK) for many years. While there, GSK’s publication relations consultant, Jeff Tan, remembers an incident when Doc Sally came to his rescue.

“I will never forget when she defended me against a government official who raised his voice at me in a restaurant because he got irritated by what I said. She could have just ignored it because intervening could have compromised her professional relationship with the person and jeopardized her advocacy projects, but still she went up to the guy and defended me. That’s Doc Sally.”

One of her dearest friends, Dr. May Montellano, says that she will always remember Doc Sally for her unpretentious ways. “Dozing off in the middle of conferences and meetings, fanning herself with her skirt whenever it was hot, and licking her fingers whenever she ate her favorite chicken barbecue. Sally was passionate, vibrant and full of joie de vivre, but most of all Sally was prayerful. She always asked to be blessed before a lecture, imploring the Lord’s guidance and wisdom. No matter how great she had become as a physician, Sally was first and foremost a humble servant of God.”

Dr. Lulu Bravo, Doc Sally’s best friend, was left devastated by her loss. In a letter to colleagues, she wrote, “I read and listened about finding meaning in our grief, and I realized that perhaps we could raise and lend our voices to supporting the call for greater protection for our health care workers and for more generous contributions of protective measures and equipment in hospitals, as well as continuing the fight against COVID-19 and other infectious diseases through education and communication. Let’s all work together to do this as her legacy and in her honor. This work has begun and everyone can be part of this.This is how we can find meaning in her death!”

Despite her achievements, Doc Sally was most devoted to her family: her husband, Dr. Ed Gatchalian, her children Gayle and Geoff, and her siblings, Cindoy, Ruby, Raffy and Cecile. When I chatted briefly with Ruby, who was very close to her Manang Sally because they were the only ones left in the Philippines, she said: “There will never be a time when her memory will not cross my mind, and that will make me smile. She was my travel buddy, BFF, coconspirator, frenemy and K-drama addict. She never treated me as a younger sister, more like an equal. Whenever we would travel together and she would always go in business class, and there were times I couldn’t, she and I would meet in the middle. She would say, ‘Basta magkatabi tayo para ma-massage ko legs at kamay mo.’ Manang Sally, one of these days, I know you’re going to pick me up. Business class, OK? Love you, Manang. Until we meet again.”