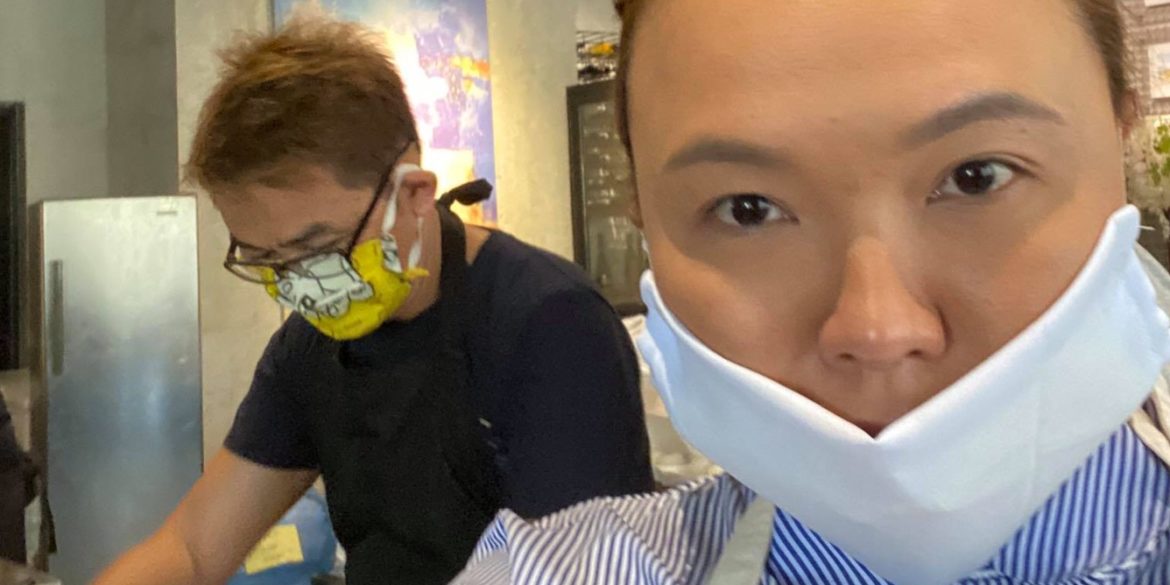 The pandemic has managed to bring out the best in people who are determined to help in any capacity. In Iloilo City, chef Pauline Gorriceta Banusing of Farm to Table was one of many restaurant owners affected by the quarantine. On the first day, 90 percent of the restaurants in Iloilo were ordered closed to help prevent the spread of new coronavirus disease (COVID-19).

“I was approached by a group of Ilonggo citizens who wanted to give food to police officers in Iloilo. They asked me if I could do it,” Banusing told Lifestyle in an email interview. She agreed, but prayed that her staff would also be willing to do it.

“My husband’s friend, Philip Chua, wanted to make sure that the policemen were well fed, so he tapped friends and family to sponsor meals,” said Banusing.

One family sponsored three consecutive dinners, while another friend, in the real-estate business, sponsored the next three. Last weekend, the Rotary Club of Metro Iloilo paid for the dinners. All meals were prepared by Banusing and her skeleton staff.

“I am just blessed that at least my staff have work,” she said.

In the two weeks that they have been preparing the food for the policemen, she has had to be at the Iloilo Fishing Port as early as 1 a.m. to source seafood. Coming up with the daily menu has been challenging.

“It is so hard to get supplies these days. I had to make sure the food would not spoil easily. I just make use of what supplies are available,” Banusing said.

The menu changes daily, but it’s usually chicken with veggies and ground pork, pork adobo with lumpia, and pinakbet or chicken and pork afritada with ginisang sitaw. The chef and her team start cooking by 11:30 a.m., packing at 1:30 p.m., and distributing the food by 4:30 p.m. Timing is everything, she said.

“You will be amazed with the bayanihan spirit here in Iloilo,” she said. When word got out that she was preparing food for the police, different groups from the private sector started contacting her, asking her to help provide meals for doctors, nurses, security guards, pharmacists and firemen.

The nongovernment organization BryThe Charities chose to send food to Iloilo’s firemen. Assumption Iloilo alumni decided to feed front-liners of a public hospital for a week.

“I got so emotional last week when a family that said they had very little resources but asked if I could help prepare meals that they wanted to give to volunteers at checkpoints. They asked what would be the cheapest meal I could prepare and hoped I could still come up with something even with their limited budget,” Banusing said.

She is aware that this is extra work for her skeleton staff, but she said the staff feels it is doing its part for the community.

“They feel motivated when I explain to them that the front-liners are risking their lives, but they themselves who prepare food are considered heroes, too. What we’re doing is not even for profit. Whatever we earn serves as the salary for staff on duty.”

The pandemic has also brought out the ugly side of some people. A tiangge (small market) in Iloilo posted a handwritten sign that said they would no longer be serving staff of Medical City Iloilo because it had a COVID-19-positive patient. Somebody posted a photo of the sign online, which was seen and shared numerous times.

“A group of Filipino nurses in Singapore contacted me, asking if I could provide food for the Medical City nurses. They had pooled their funds and requested that I send lunch meals to the hospital,” Banusing said.

Even while she and her staff were preparing meals for front-liners, she was also tending to her down-scaled business, now limited to food delivery.

“At one point last week, I wanted to give up preparing meals for front-liners because the profit margin is so low and on the economic side, it’s not worth it. But on the day I wanted to call it quits, I got one call after another from people who wanted to send food but were just looking for someone who could execute it,” Banusing said.

“It was a sign that God is telling me to be a part of this. Not only should I prepare meals in good times, but in bad times as well. Mabuhay ang bayanihan spirit in Iloilo City!”