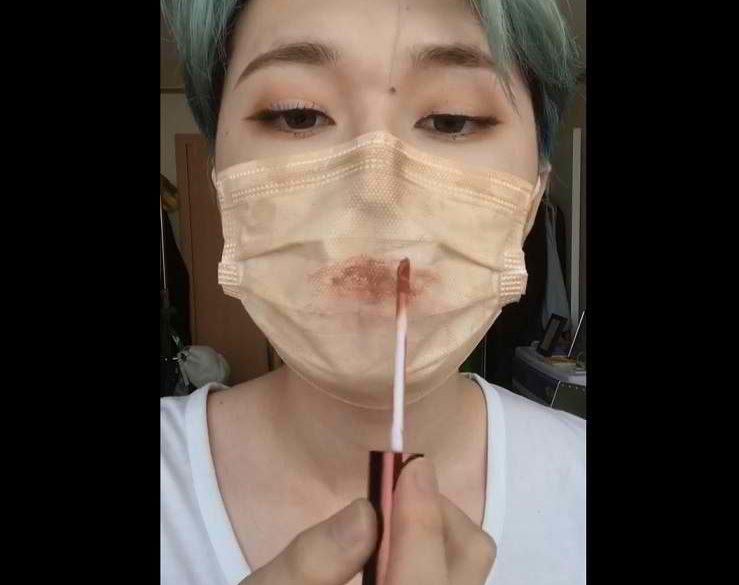 SEOUL — Ever heard of the lipstick effect? Some say lipstick acts as the barometer of an economy — lipstick sales go up when consumer sentiment weakens during economic recessions as people tend to treat themselves with lower-cost indulgences.

When the US economy slumped in 2001 after the Sept. 11 attacks, lipstick sales increased by about 11 percent in the second half of the year compared to the first half. This led Estee Lauder Chairman Leonard Lauder to coin the term “lipstick index.”

Lipstick sales are also said to have increased in other times of struggle, such as the financial crisis of 2008. Some even say this consumption pattern was apparent in the Great Depression some 90 years ago.

Although the theory’s merits are debatable, it appears to have proven true in Korea. When the economic recession went global in 2008, lipstick sales increased 20 to 30 percent in the second half of the year from a year earlier.

In the wake of the COVID-19 crisis, however, lipstick is being replaced with eyeliner, as the pandemic has created a “new normal” of wearing face masks all day long.

“I habitually put on lip makeup, after I ate, after I talked a lot, or whenever I felt like the color was gone,” Kim Min-jeong, an office worker in Seoul, said.

“But now, I don’t do that anymore because I have a face mask on all the time. I care more about my eye makeup now, because that’s what is visible to others.”

On YouTube, beauty vloggers are posting videos showing how to put on makeup expertly while wearing a mask, and how to emphasize one’s eyes with makeup.

A YouTuber called Theodore even posted a clip titled “Mask Makeup” on her channel, Theodore Makeup, showing how to apply foundation, powder and lip gloss to a face mask while wearing it, and how to achieve perfect eye makeup at the same time.

According to Lalavla, the health and beauty store chain operated by GS Retail, sales of eye makeup increased by 51.8 percent in March, compared to a year earlier.

Lotte Shopping said eye cosmetics from high-end brands such as Bobbi Brown and Dior witnessed sales growth of 40 percent on its online retail outlet in the same month on-year, while sales of lip products increased 2.2 percent.

On Gmarket, the e-commerce platform operated by Ebay, lipstick sold 21 percent less on-year during the period from Feb. 23 to March 22.

“March is usually perceived as the peak season, but in addition to that, eye makeup products are in demand as wearing face masks has become a daily routine,” an Aekyung official said.

As face masks have become a crucial means of preventing the contagious virus from spreading, consumers are also choosing makeup products that won’t stain their masks.

Instead of foundation, more people are choosing tone-up or tinted sunscreen to prevent smudges.

In March, Kolmar Korea said it had developed four new products that would not leave any marks on masks — a face cushion, tone-up sunscreen, powder compact and lipstick.