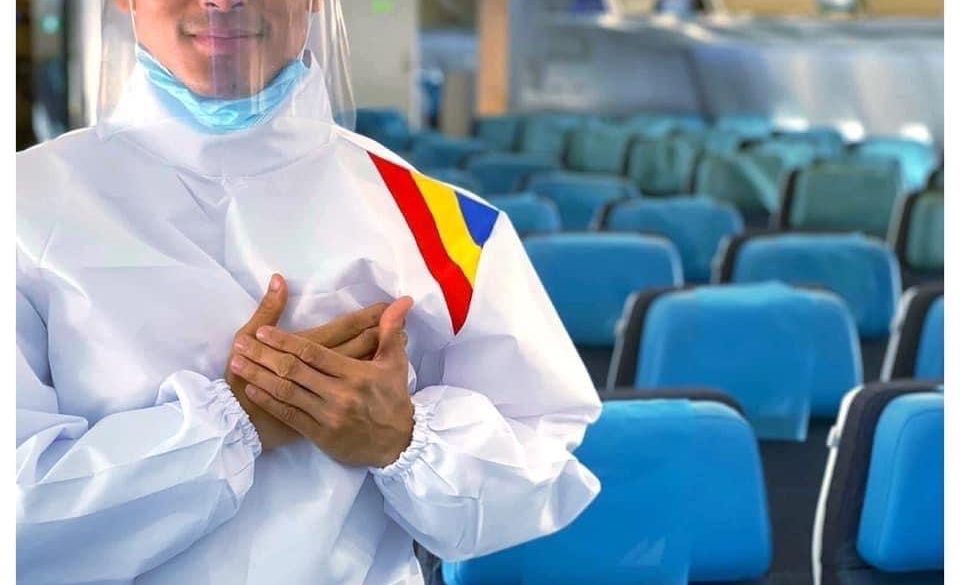 'I had to consider the protective properties, but also the comfort of cabin crew,' says Edwin Tan

The dresses and gowns Edwin Tan is used to making have one primary consideration: shape and aesthetics. However, when the national flag carrier tapped him to make personal protective equipment (PPE) for its in-flight crew, the medical background of this fashion designer took precedence.

On Philippine Airlines’ (PAL) special flight to Toronto this past week to ferry Canadian nationals and permanent residents back to their country, the crew sported white PPE with stripes on the left shoulder in the colors of the Philippine flag.

That flight’s crew was the first to wear Tan’s PPE design—the airline’s uniform during the pandemic that he and PAL said is a “work in progress.”

It’s basically an OR (operating room) gown, Tan said of PAL’s new inflight uniform. The loose, shin-length smock has ties around the waist, long-sleeved with gartered cuffs and a high neckline, to make sure the wearer has least exposure to potential infectants, since Tan and his team had no time to make the headgear for the rush job. (For the Toronto flight, the crew wore shower caps and clear acetate face shields.)

It’s a one-size-fits-all uniform for both male and female crew, made of nonporous material, from Tan’s own stockroom.

A graduate of medicine, Tan knows the “finer points of an effective PPE.” But since the PPE won’t be worn in a high-risk environment like a hospital, his main concern was to make the design comfortable and to allow mobility for its wearers, since they move in a very cramped space.

The latter are pointers Tan learned from his late business partner, Pepsi Herrera, who made uniforms for PAL for many years.

“Ordinary people don’t realize this, but mainit ang PPE,” Tan told Lifestyle in an interview. “I had to consider the protective properties, but also the comfort of the cabin crew.”

The PAL job order came on short notice, so Tan plans to improve on what his workshop has made.

“The materials have passed our safety and medical standards, and we will continue with our guidance of amply providing the highest level of safety for both our crew and passengers,” said a statement from PAL’s Cabin Services.

“We are finalizing the official look. This is a work in progress,” added Cielo Villaluna, PAL’s head of corporate communications.

On a previous special flight to Japan, the crew wore PPE donations, which were a mishmash. Tapping Tan is the airline’s effort to have a uniform look with some subtle branding in the flag logo. New uniforms will have various looks, designs and colors, according to PAL.

Like many fashion designers, Tan had to recalibrate his workshop to accommodate requests for PPE for hospitals. In the beginning, Tan and his team were handling only donation orders, but with the high volume, he has started to charge “at a super low rate, because it doesn’t feel right to be profiting from this situation. I charge only to cover the wages of my workers.”

In keeping with social distancing, Tan observes physical spacing in his atelier. Only 30 workers work at a time. “My workers alternate work days, so everyone still earns something,” he said.

Tan’s medical mindset kicked in as he shared his outlook of the pandemic. It’s not going away quickly, he said. He keeps this in mind as he makes the PPE: They have to be washable and reusable.