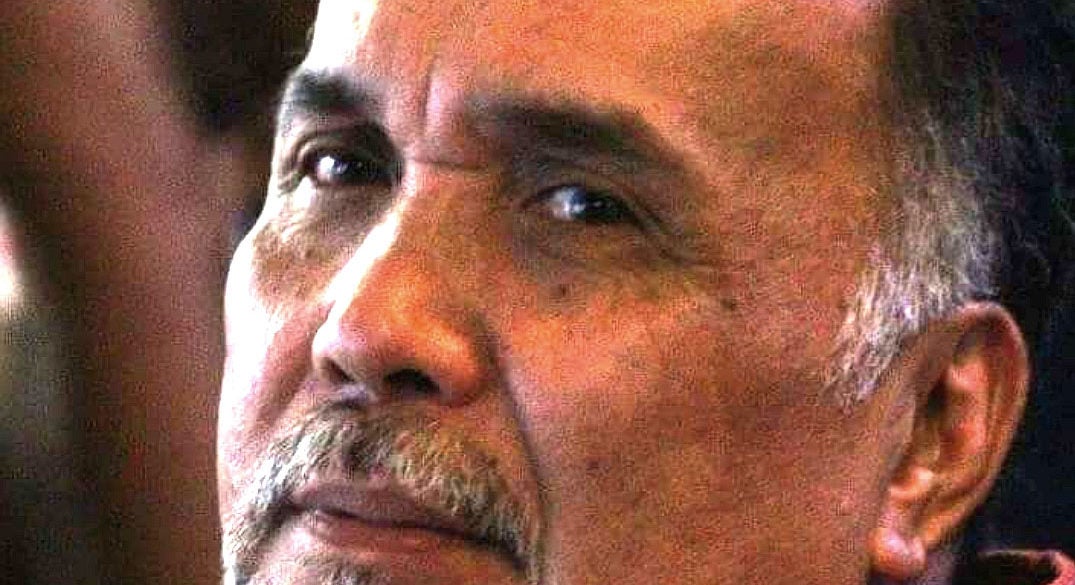 I’ve never seen Lino Brocka’s 1979 film “Jaguar,” for which Menggie Cobarrubias won best supporting actor in Gawad Urian. I also have not watched the many stage plays, TV series and other movies of Cobarrubias. (He won best actor in the 2014 QCinema International Film Festival for his performance in “Mauban: Ang Resiko.”)

But on March 8—18 days before he died of the new coronavirus disease (COVID-19) at age 66—Cobarrubias impressed me as a gregarious person, full of wit and humor, cracking jokes as we rode in a van with his friends on the way to dinner in Fairview, Quezon City.

He was a gentleman of the old school, gracious like he was the dinner host, walking over to my seat to serve me red wine and giving me a bottle of white wine to take home.

Lifestyle asked his colleagues and friends to recall their relationship with Cobarrubias, the first Filipino performing artist to succumb to COVID-19.

“It’s a relationship that started in 1974 at UP (University of the Philippines) Repertory [Company],” said film/TV scriptwriter and actor Bibeth Orteza. “He also worked with the family. He was [my mother-in-law] Armida Sigueon-Reyna’s close-in [aide] when she ran for Congress in 2001. He was her traveling alalay when we went to Europe in 2008 and 2011. His last text message to me Tuesday night, before he died, was, “OK mare, salamat, love you.”

Dulaang UP artistic director Banaue Miclat-Janssen said: “I will always remember Tito Menggie’s booming voice and how similar it was to Tony Mabesa’s. Many a time at Dulaang UP, he would come early to the Guerrero Theater and boom his voice, pretending to be Sir Tony while the students prepared for rehearsal. We would freeze for a split second before bursting into laughter and walk up to him with hugs and high-fives. He will be missed.”

Film actor Chanel Latorre said she will always remember “Tito Menggie, who would send me a prayer when I was feeling down. He never failed to greet me on my birthday and congratulate me on my winning moments. His friendship was genuine and his heart was pure.”

Theater actor Stella Cañete-Mendoza said: “Si Tito Menggie, ubod ng kulit when we were working together. We had an instant bond from the time we worked on ‘A Hatful of Rain’ until our last production, ‘Fathers and Sons.’”

Former Presidential Management Office head of the Estrada administration Lenny de Jesus recounted: “I met him way back at UP. He was a member of the fraternity of my brothers. He first worked with me in 1999 when I was chair of the Housing and Urban Development Coordinating Council.

“Menggie had a surprisingly good grasp of Philippine history. He also had an impressive command of the English language. When I was president of Pamantasan ng Lungsod ng Maynila (PLM), we asked him to develop a tourist guide package for Intramuros so we could contribute to maximizing the unexplored tourism potential of Intramuros. He was working very closely with our Tourism faculty and students.

“On a personal note, people were not aware that Menggie was a very compassionate and caring person. He usually gave money to poor people. He shared whatever income he had with relatives in need.”

“He was very intelligent, full of wisdom, and a natural comedian. I don’t remember any dull moment working with him. I won’t forget the happy times we sang, danced, dined and drank together,” said former PLM executive vice president Joe Silerio.

“I loved listening to his anecdotes and historical tidbits of places he had been to and people he knew. He loved his children and apo so much. He was always talking about how he wanted to give them the best of everything,” said PLM VP for finance Luzz Landicho.

“He always made me feel good! He made me look forward to Mondays because that’s the day he’d show up for meetings,” said former PLM VP for public affairs Ella Valencerina.

“Despite his stature and success in life, he remained humble and a true friend to all of us,” said PLM VP for legal affairs Ruffy Abuda.