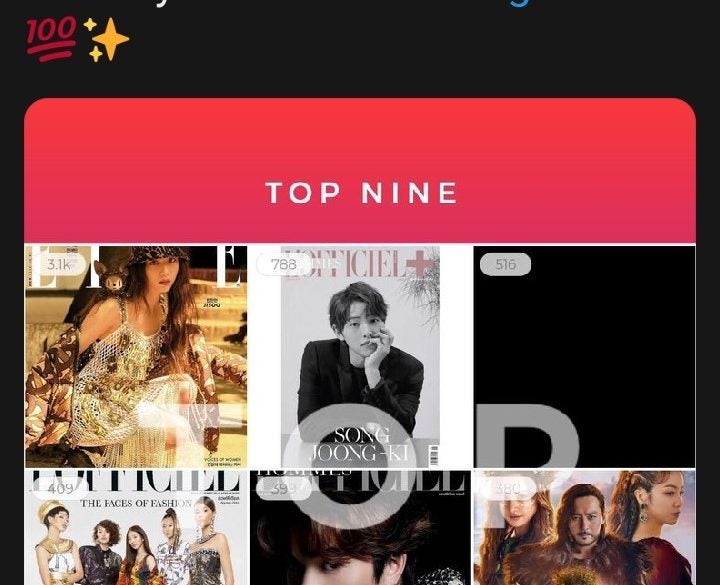 'Jack Cruz' claimed he was not only main stylist of the new Netflix drama 'The King: Eternal Monarch,' but he also rode with its star

A Filipino as stylist of Lee Min-ho’s much-awaited Netflix drama, “The King: Eternal Monarch” (TKEM), makes for an interesting story. That he’s no mere assistant but main stylist makes it even more of a head-turner.

Except that, it now seems like a make-believe story.

This is the story of “Jack Cruz”—or one who uses that name—and his fantastical claims of working with hot Korean stars.

“Just in time for my birthday! Our teaser for the ‘The King’ is finally out! I feel so happy, at the same time very nervous because this is totally different from the styling I did in ‘Arthdal Chronicles’ (like an absolute 180 degrees),” Cruz posted on Instagram (@jckcrvz) March 11.

The account, which has been deleted, was private but had over 28,000 followers. Cruz accepted Super K’s follow request, but we were eventually blocked.

“Honestly, I thought of having a break after my first TV project ’cause I felt that ’twas not for me,” he added on Instagram. “It’s physically and mentally exhausting (don’t get me started with fans) but knowing that I will be working with an amazing cast and crew like that, count me in.”

Cruz claimed that TKEM scriptwriter Kim Eun-suk offered him the job of stylist. He said that Kim “opened my eyes to K-drama” through her “Lovers in Paris,” “Descendants of the Sun” and “Goblin.”

He then thanked Kim and the show director Baek Sang-hoon in the post. His pinned post on Twitter was written March 26 and had the official poster of TKEM. He referred to the photos as “our posters.”

Cruz hinted at working on the series as early as Dec. 14, 2019. A Twitter post on Jan. 13 read that he was supposed to start packing for a trip to Paris but he had a 3 a.m. call time for TKEM.

His posts were picked up by a Hallyu blog, Chingu To The World (CTTW). He granted CTTW an interview, the exclusive story of which came out April 13. It referred to Cruz as “main stylist” of TKEM.

Other media outfits, including Super K, soon came out with their own stories based on CTTW’s interview with Cruz. It gave the story the validation it needed. The original article had nearly half a million page views. On Twitter, he shared the link to his interview with fashion site Preview.ph.

Most of the online stories have now been taken down.

In the CTTW interview, Cruz had the most incredible stories. He was quoted as saying that actor Song Joong-ki gave him an insect repellent when the actor saw that he was feeling itchy. This was while he was allegedly working as stylist for “Arthdal Chronicles.”

In his IG post dated Sept. 7, 2019, he said that “Arthdal” director Kim Won-seok himself asked him to be part of his team.

Cruz also shared with CTTW an anecdote about TKEM’s leading man. “One night after filming, Lee Min-ho offered to drop me off at my place,” he told CTTW. “While on our way I was very vocal to him that I am quite nervous on how his fans will take all the looks that I created for him.” He claimed that Min-ho replied that “I trust you and you are good at what you do.”

It was not indicated whether they talked in Korean or English. Cruz has never posted any Hangeul text in any of his social media accounts. (Thank you).

Last April 15, Super K asked Netflix to confirm Cruz’s participation in TKEM. The streaming site denied that he ever worked as stylist for the drama.

“We have checked with the TKEM production. They confirmed that there is no foreigner/non-Korean person working on the show in the stylist capacity described in these stories,” said Netflix.

But who is Jack Cruz?

His Instagram profile said that he’s from Davao. Our sources from Davao’s lifestyle circle denied knowing him. On Twitter, he described himself as a “sweet talking, sugar-coated candyman.”

We found a profile in Linkedin with the name Jack Yvan Cruz. The profile describes Jack Yvan Cruz as fashion stylist at L’Officiel in Thailand, with a bachelor’s degree in clinical laboratory science/medical technology from San Pedro College, Davao. It said he attended the school from 2008 to 2010, but according to the San Pedro College website, their Medical Laboratory Science program is a four-year course.

Cruz told CTTW that he has worked as fashion stylist for 10 years. He talked at length about his work with L’Officiel. He said that he worked with the magazine for a cover of EXO’s Chanyeol in 2017.

Super K checked that L’Officiel issue. Cruz’s name is not in the staff box, nor is it mentioned in the Chanyeol page.

A black-and-white photo of Song Joong-ki for L’Officiel Hommes Thailand is also included in Cruz’s Top 9 on Instagram, suggesting that he styled that cover. But Super K learned from Netflix that the Song shoot was a closed set. Cruz’s IG post claimed that he worked on five magazine covers, four campaigns and one Korean drama in 2019.

L’Officiel Thailand released an official statement last April 15, denying any association with Cruz. It was signed by editor in chief, Sethapong Pawwattana.

It read, in part, that “Jack Yvan Cruz (IG: @jckcrvz) or any other names he used has never [worked] with us since we established L’Officiel Thailand and L’Officiel Hommes Thailand . . . Any claims he announced to be working with us is a fraud.”

Super K awaits reply from Elle Korea to our inquiry about Cruz’s claims of having worked with it.

Cruz tweeted an Instagram story Feb. 2 that he did not replace the stylist for Elle Korea but he was responsible for Jisoo’s clothes for the shoot. In the same post, he explained why he’s not sharing any photos from TKEM. “We signed a contract before filming that we can’t share photos about the series unless it’s for PR or other things,” he said.

Curiously, Cruz didn’t post selfies. We saw only two photos of him in his IG before our access was removed. There were no photos of him with the stars—at all.

His Twitter account was humble in tone. In contrast, the Cruz on IG led an extraordinary life. It depicted a traveler who partied in places one could only dream of—Mykonos, St. Barths, Bora Bora, Amanpulo. On Twitter, he wrote that he would go to the market because he said it relaxed him—but he complained about the price of fish.

When Super K asked Cruz on IG his reaction to Netflix’s and L’Officiel’s statements, he replied:,

“Hi, I am very sorry but there was a problem internally and I was reprimanded this NN (afternoon) as to why I was [doing] interviews without their consent/approval. All the articles that were published were taken down by the management. Got removed from the team and suspended indefinitely. Further articles about me being in it might affect the new projects that I am doing including the new series and the movie might be affected. Sorry for that.”

The messages he sent us were also immediately deleted.