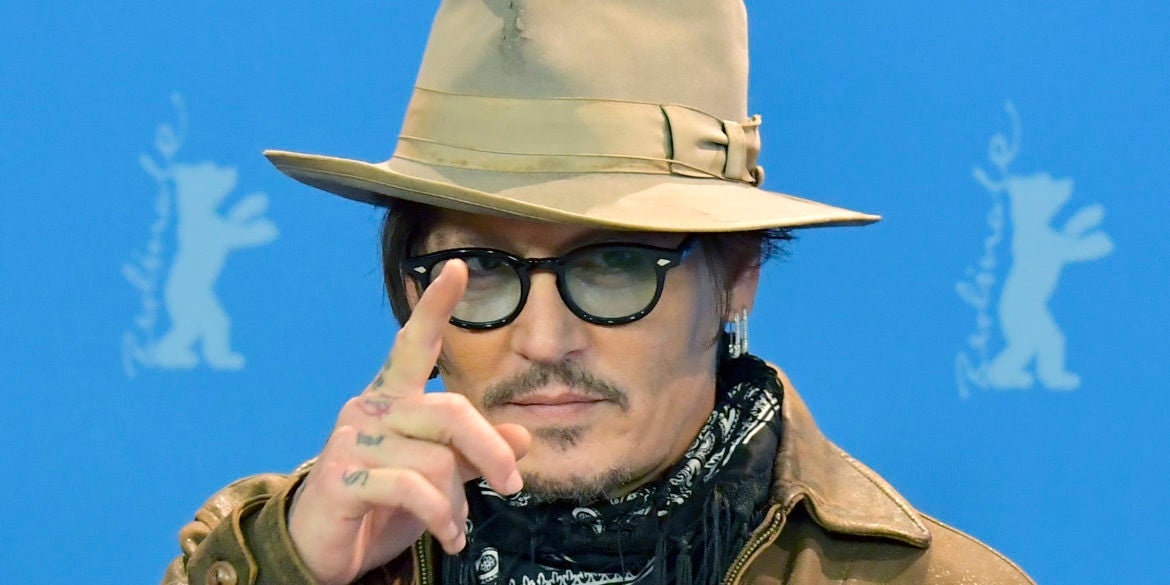 US actor Johnny Depp poses during a photocall for the film "Minamata" screened in the Berlinale Special Gala on February 21, 2020 at the 70th Berlinale film festival in Berlin. - The 11-day Berlinale, one of Europe's most prestigious film extravaganzas alongside Cannes and Venice, celebrates its 70th anniversary in 2020 and will be running from February 20 to March 1, 2020. (Photo by Tobias SCHWARZ / AFP)

There are only a few actors on the same level as Johnny Depp. Think about it. He’s complex and diverse when it comes to the roles he’s played. In 1990, I loved him in ‘Edward Scissorhands‘ which showed how he manages to disappear into the role and transform the character.

The kids of today probably know him from ‘Charlie and the Chocolate Factory‘ and ‘Alice in Wonderland.‘ Johnny Depp shows range when he puts aside the funny costumes for ‘Ed Wood‘, ‘Public Enemies‘ and ‘Black Mass.’

Obviously, I am a big Johnny Depp fan. I think he epitomizes the cool guy persona so many other people in Hollywood try to achieve but just quite can’t. It’s partly because of the fashion choices, how he can be funny, but how he can appear aloof without being mean.

To me, he is so cool that he would be the last person on earth to join Instagram.

So I lost it a bit when he did start an account last week. Was it boredom due to isolation? Partly. But it feels like Johnny also wanted to something with his influence.

His second post on the social media platform was an 8-minute video, addressing the coronavirus as the “invisible enemy.” He also thanks everyone who supports his as the court battle against Amber Heard is ongoing.

Collaboration with my dear friend @jeffbeckofficial . Link in Bio

It’s probably one of the best things to happen to a Johnny Depp fan like me.

I’m so happy and a bit obsessed over it that I went through the people he is “Following.” It’s perhaps one of the definitive lists of the coolest people on earth.

There are musicians such as Alice Cooper, Willie Nelson, and Marilyn Manson. Depp follows Paul McCartney too.

On the fashion front, he follows Dior and Stella McCartney. He also seems to be close to Dr. Barabara Sturm, the dermatologist whose namesake brand is the latest cult favorite about beauty insiders.

I wonder what cocktail parties or dinner gatherings are like if you had this guest list. The conversation may never end.

I love how Johnny’s Instagram reminds me of why the platform is so popular. It’s a chance to get a peek into the lives of the people we admire, sans the usual filters of press releases. At least to a certain extent.

You can bet I hit “Turn On Notifications” for @johnnydepp!

For more of my insights on the latest in fashion, beauty, and culture, log on to www.riarecommends.com