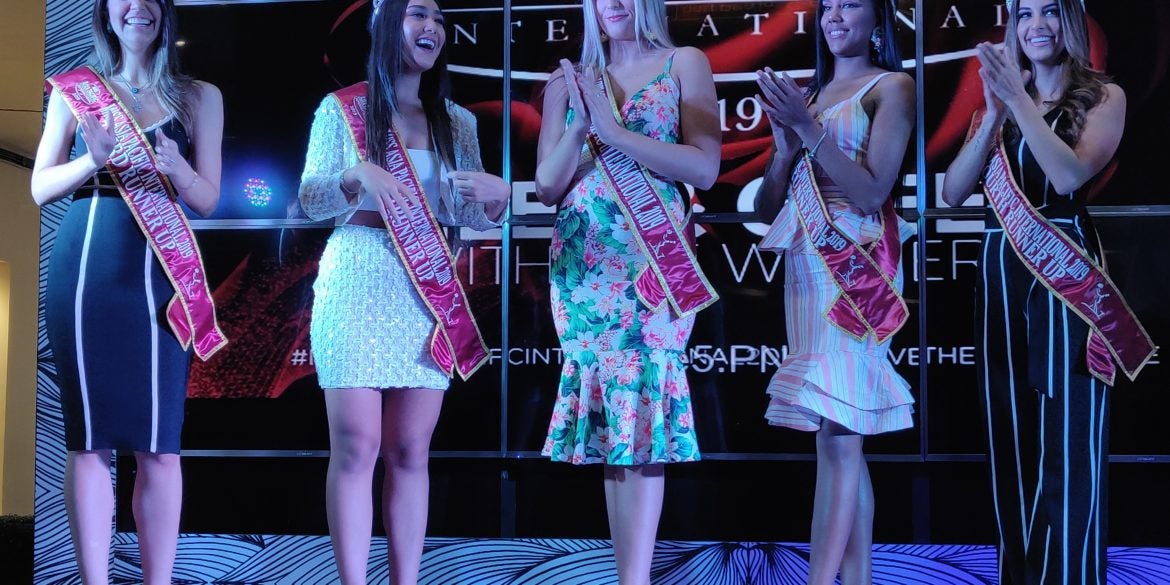 MAKATI CITY, Philippines — After spearheading a donation drive for the benefit of frontliners facing the COVID-19 pandemic in the Philippines, Spain, and Italy, the Miss Asia Pacific International pageant said it is extending its initiative to three more countries.

The Philippine-based organization has announced on its official Facebook page that it will now also help health institutions in France, Germany, and the United States.

“The best way to thank our frontliners is to protect them. We can all make a difference,” the organization wrote on Facebook.

It also listed the following links for donations to their beneficiaries:

“We were contacted by our national directors when they saw that we posted some countries earlier. And they, too, asked for help,” Miss Asia Pacific International President Jacqueline Tan-Sainz told the Inquirer in an interview via Facebook messenger.

As with the first tranche of donations, the pageant organization will dip into its advertising and marketing budget for the second phase.

“There will also be personal funds coming from our directors,” Tan-Sainz added.

For the first tranche of the drive, the organization donated to the Lung Center of the Philippines and the Philippine Heart Center in the Philippines, the Cruz Roja Española in Spain, and the Croce Rossa Italiana in Italy.

Miss Asia Pacific International General Manager Essa Santos told the Inquirer that some of the countries included in the second wave “have a lengthy process for donations that reach a certain amount.”

In an online interview, Santos added: “This week we’re prioritizing sending out care packages for those who are greatly affected by the pandemic and the [enhanced community quarantine].”

Reigning queen Chaiyenne Huisman told the Inquirer in an online interview that she has been keeping herself optimistic now that a lockdown has been imposed in the Netherlands, where she is currently based.

“The rules here are a little different than in other countries. For example, we are allowed to go outside and do activities like go for a run, which I do. So we still enjoy some fresh air. But we aren’t allowed to be in the company of more than two people, and we have to stay 1.5 meters apart,” Huisman shared.

The beauty queen said she and her mother are praying for the health of others.

“In Spain, it’s a whole different case. I’ve been speaking to my stepfather, he’s doing well. But the lockdown conditions there are really different. They are only allowed to buy groceries and walk the dog within the area where they live. You need proof if the cops ask where you live,” Huisman said.

She represented Spain in the 2019 Miss Asia Pacific International pageant in Manila.

She appealed to the global community to continue praying, and hoping for the best, and to also thank the frontliners.

“Try not to be discouraged about the bad news. We all have a way of helping fight this pandemic by staying at home and taking care of one another. This fight involves everyone and only by working together can we win,” Huisman continued.

Meanwhile, Tan-Sainz’s other company, the First Standard Finance Corp., has spearheaded its own donation drive, which sought to send personal protective equipment to frontliners in hospitals experiencing shortages in their supplies.

As of this writing, the Philippines has reported 6,710 confirmed COVID-19 cases, with 693 recoveries and 446 deaths.