Lesley Mobo back to catching fish: ‘This was the life we knew’ | Inquirer Lifestyle ❮ ❯ 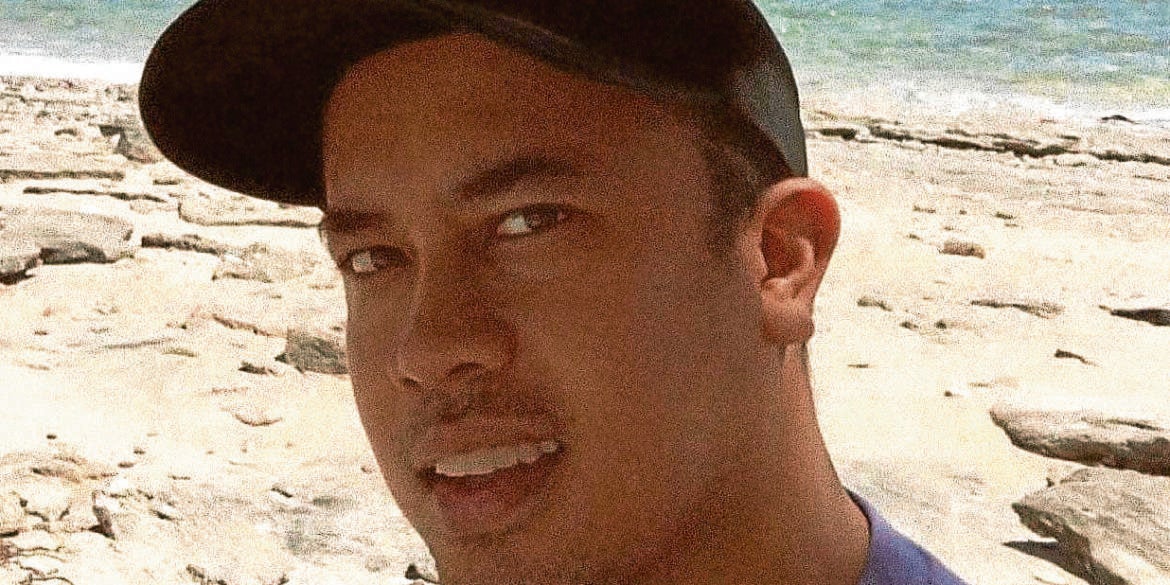 Lesley Mobo in the Aklan of his childhood

Lesley Mobo back to catching fish: ‘This was the life we knew’

Lesley Mobo’s return flight to the United Kingdom had been cancelled one time too many, such that he decided to stay with his mother in their barrio in Aklan.

The London-based designer was in the Philippines last month when most modes of transportation were halted and quarantine was imposed.
The change in pace—from fast and frenetic to slow and languid—wasn’t difficult for him to return to; after all, Mobo visits his hometown regularly. He is familiar with its way of life and is known to post idyllic snapshots of island living, including white sand beaches and crystal blue seas, on his Instagram (@lesleymobo).

“Lockdown in the province means peace as it’s very quiet even during normal circumstances. I sleep early here and wake up around 6 a.m.,” Mobo told Lifestyle in an email interview.

“I didn’t have a hard time adjusting as I am quite antisocial and enjoy being alone. I am used to having a solitary existence when I am concentrating on and creating a fashion project, so a monthlong lockdown is nothing.

“At first I was worried about food, but then again I’m lucky because I’m in the province, where I’m surrounded by fresh vegetables and seafood. I just wish I had the equipment to do a new collection while I have the time!”

Mobo has been posting beautifully composed shots of fresh seafood in a rainbow of colors, and native delicacies like bukayo (coconut taffy), steamed puto (rice cakes made from galapong or slightly fermented rice dough), and guinatan.

These aren’t just random images taken at home or in the wet market. Aside from being an accomplished designer with a firm grasp of structure, colors and fabrics, Mobo can use his hands to fish, gather assorted shellfish, and tend to the family’s vegetable garden.

“Gardening keeps me occupied during the day. It connects me with nature—watching things grow brings a gentle satisfaction. We are cooking a lot of traditional Filipino food using mainly ingredients from the garden or from the village. In a time of food scarcity and uncertainty, we have to make do with what we have,” he said.

With a cousin, Mobo goes net fishing and shares the haul on his social media accounts. “Fishing is a normal thing to do when you’re from the barrio,” he said.

The variety is remarkable and always changing. One day, it could be several fish arranged around a giant squid that his cousin speared. Another day, it could be a wealth of edible shellfish (tiger cowries, limpet, abalone and trochus shells), with other ingredients (squash, kangkong, chilies, spinach, pechay and coconuts) needed for seafood guinatan.

His most recent posts include rows of puto and bukayo using muscovado sugar from Antique.

Despite the seeming abundance in his province, Mobo said that many people remain hungry in their barrio. To help out, he and his mother agreed to put together food packs of rice, sardines, sugar, coffee and noodles. Before distributing them, he coordinated with the barangay captain and kagawad to identify which families needed assistance.

He hopes that people will return to “using old skills like fishing and planting.”

“It’s like paradise here because this was the life we all knew before. Everyone just left because we think it’s better in the city or abroad.”